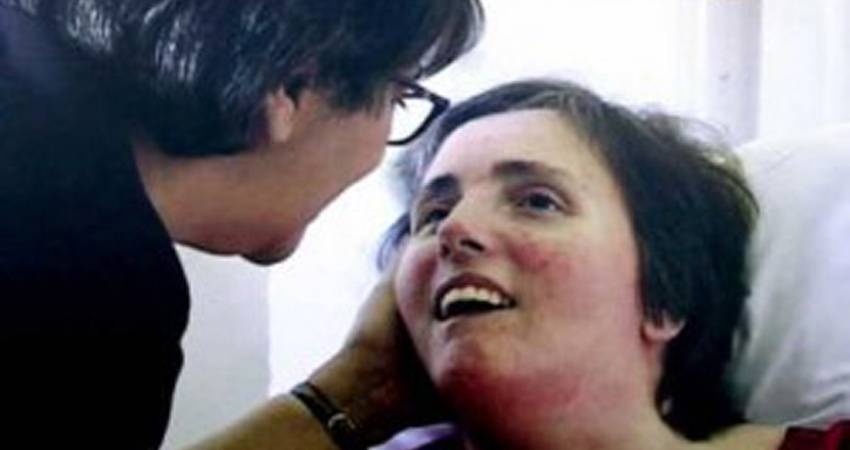 Like with ‘the right to choose’, ‘the right to die with dignity’ is one of the many euphemisms that the profiteers of the pro-death lobby use to humanise an inhuman devaluation of human life. It is meant to sound like a simple acceptance of the wishes of a severely incapacitated human being.

But is it? It is far more than just allowing someone to slip away from this world. This ‘right to a dignified death’ requires the calculating hand of a conscious collaborator who is allegedly working in your interest. Where is the ‘dignity’ or ‘mercy’ in killing?

On 18 March 2005, a glaringly callous precedent was set in Pinellas-Pasco, Florida, when Michael Schiavo – with the approval of Judge George W. Greer – removed the gastric feeding tube from Terri Schiavo against her family’s wishes. Despite the fact that Terri had full vital functions and required no mechanical life support intervention, her husband, Michael, withdrew her feeding tube and watched her die of thirst over nearly 14 days.

Terri’s family, who had fought for her rights since she collapsed 15 years previously, were understandably devastated and vowed to continue their anti-euthanasia campaign which they originally started to fight Terri’s cause.

Bobby you will be coming to Dublin next March to talk at the 4th International Pro-Life and Family Conference. Can you tell me what you will be talking about there?
Primarily I talk about the dangers of what I call ‘the death movement’ that’s taking hold of our country. When I say ‘death movement’ I mean pro-active judges, attorneys and doctors who are deciding on [a person’s] life based on the quality of life of the patient.

You established the Terri Schindler Schiavo Foundation. When was that founded, and what is it?

We set up the foundation in February 2000 after Judge Greer had ruled to remove Terri’s feeding tube. Immediately after that ruling we set up a website and shortly after that founded Terri’s foundation. That was, in particular, to try and save Terri’s life. Subsequent to her death we restructured and broadened our focus so that now what we’re doing is trying to protect those who are subject to what happened to my sister, simply because they are disabled.

So what does your organisation do now?

We have a few goals. Primarily we are trying to set up a network across our country, consisting of attorneys, doctors and other health-care professionals so that we can help people in every state who are affected by this problem, and people who might be vulnerable to this threat.

What is the main aim of your movement? Is it to support people in the situation where people are advocating euthanasia? Is it lobbying? Or is it a public awareness campaign?

It’s all that. In awareness, we have been doing quite a lot of speaking across the country and also internationally. Also, we are setting up another organization to try and change public policy in America, because as it stands now it is rather easy to walk into a courtroom with a petition to kill a person suffering with disability, as they did with my sister. We are trying to make the laws tougher so that they protect those who are suffering simply from a disability.

Yours was a very unusual case in that the decision was taken out of your hands. Do you think that that’s a danger that other people could be presented with?

Well certainly, you saw what happened to my sister. My sister’s husband had enormous conflicts of interest. He was living with another woman since 1995 and they had two children and he was going to inherit a considerable amount of money – close to a million dollars – when my sister died. Despite that, the way the laws are set he was able to get approval to withhold her feeding and hydration. Terri had no machines hooked up to her; she was being maintained only by a feeding tube. She had no respirator or anything; she didn’t even need to be confined to her bed.

When she was initially getting therapy and rehabilitation she was forming words. Her husband stopped all therapy in 1991 and she did not receive any from that point forward. So for close to fourteen years she was basically warehoused on her husband’s instructions, and this added to her deterioration.

Of course none of what ensued would have been possible without Judge George W. Greer, who presided over the petition to remove Terri’s feeding tube. What did you think of his judgment? Did he overstep his bounds? Was his judgment even legal?

Judge Greer’s decisions are mind-boggling. Anything that came before him that would expedite my sister’s death he ruled in favor of. Everything that we put in front of him that showed that Terri might be helped – that showed that she wasn’t in the condition portrayed by her husband – he denied or ignored. So it seemed to our family that the Judge was hell bent on making sure our sister died in a terrible way.

What were his decisions based on, do you know?

They were based on Michael’s hearsay evidence that Terri wanted to die. He based them on a casual conversation Michael said they had in their early twenties which nobody else heard. He ignored the wishes and evidence of her family and ignored the fact that Michael had neglected her for fourteen years. People don’t realise that there was more evidence presented that my sister could improve than there was from doctors who said she couldn’t. There were over forty affidavits from doctors who testified that my sister could improve with therapy and that she wasn’t in a permanent vegetative state – PVS.

Do you think that the autopsy established this?

The autopsy report was corrupted by the media. What the doctor said was that he couldn’t prove she was in a PVS. The report stated that that could not be deduced from an autopsy as it could only be diagnosed on a living person. The media took this as corroborating Michael’s statements, which it simply wasn’t.

Also, it didn’t uncover the reason for Terri’s collapse. We have tried on numerous occasions to have an investigation opened into the cause of Terri’s collapse because when it happened the only person around was her husband Michael. We requested the governor, and even beyond the governor, to open up an investigation, and haven’t been successful so far. So we’ll probably never know.

Since you started the TSSF you have come across more and more cases like this. How do you think the attitude towards euthanasia has changed in America?

I think it has gotten increasingly worse and a big part of that is how the media has endorsed this movement. But, I think a lot of people are confused over the issue. They don’t understand what’s happening. Our task is to get out there and educate people. To try and tell them what we’re doing as a society – and that’s killing people based on their quality of life. We’re deciding it’s ok to kill someone based on their disability. It’s getting worse, that’s why we’re here.

A large part of why this is happening is people don’t want to care for the elderly and disabled. That’s why we’re creating a culture of death where it becomes a cost benefit ratio. They feel they shouldn’t have to spend the money on taking care of the vulnerable, and look for a way to make it easier to kill them. They use language to try and make it sound like compassion when in reality they are telling people that terminating people’s lives based on disability is perfectly acceptable. As far as I’m concerned it’s not, and that’s why we’re doing what we’re doing. I’m glad to say we have a tremendous amount of support.