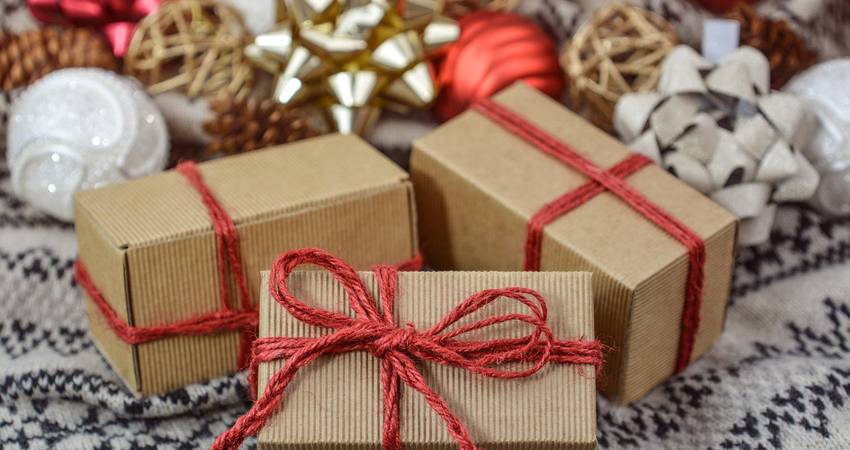 Last week we spent hours taking down the Christmas decorations which had made the house so bright and sparkly for the previous fortnight. The crib figures were packed away, the wilted holly and ivy taken down, the tinsel rolled up and the once-green tree hauled out into the back garden where it was chopped up for firewood with great gusto. This year, though, we also packed away the lovely Christmas cards which we had received from family and friends because we’ll be using them next year to make our own hand-made Christmas cards. It’s something my sister did last year to great effect. She cut out some of the nicest Nativity scenes from old cards, pasted them on to some stiff red paper and then the children spent a few glorious hours with glitter and golden pens making the prettiest cards imaginable to send to grannies and grandads, aunties, uncles and cousins.

I thought it was a great way to re-use some of what we give and receive at Christmas. And it led me to thinking about waste and want, and how frugality, so long scorned as a Victorian virtue, is now making a comeback. We’re constantly being told to switch off lights, unplug electrical devices, not to consume so excessively and to re-use what we have. For anyone over thirty though, all these messages have a very familiar ring, especially if you were lucky enough to grow up in a large family.

My own Nan, God rest her, had a particular dislike of wastage of electricity and would admonish us all frequently to switch off the light/oven/water since it was wasteful to leave them on.

It’s a message that might have fallen on deaf ears for a long time but, ironically, one that we’re being urged to take heed of once again as frugality makes a comeback.This country was too poor for too long, particularly when under colonial rule, and nobody wants to return to a time when families were practically starving. However wealth often brings wastefulness and the ability to spend freely makes wastage seem an irrelevant concern. That trend is a very new one and doesn’t apply, in my opinion, to most Irish people over a certain age, but if we don’t pass on the habits practised by our mothers which guarded against waste they’ll be lost to the next generation.

For example, when my mother cooked a chicken she used the carcass to make yummy soup rather than chucking it out and buying some processed, tasteless concoction. She bought everything locally (and often shopped daily) so nothing was left going mouldy in the fridge. Leftovers were used for sandwiches, or for another dinner, or for the dogs (who were healthy and content on such excellent grub). Most cakes were homemade, and baked as needed, and chucking food out would have been considered a scandal. Having nine children meant everything was re-used and re-cycled. In fact most families passed clothes and toys to each other - bad news for manufacturers but surely good news for the environment, and the best prevention against raising a bunch of spoiled, label-obsessed, greedy children who need immediate gratification.

The good news is that big families and sound family habits are actually the least wasteful.

They tend to avoid the obscenity of enormous tvs in every room in the house (what better way of fragmenting your family), are more likely to consume as they go so no need for ridiculously large freezers, almost always take local holidays which don’t burn up air-miles, and, by dint of their natural tendency to re-use and to share the same resources, leave a smaller carbon footprint per individual.

We can always do a little more of course, so with my Nan’s caution echoing in my head, waste not, want not seems a pretty good resolution for the New Year.