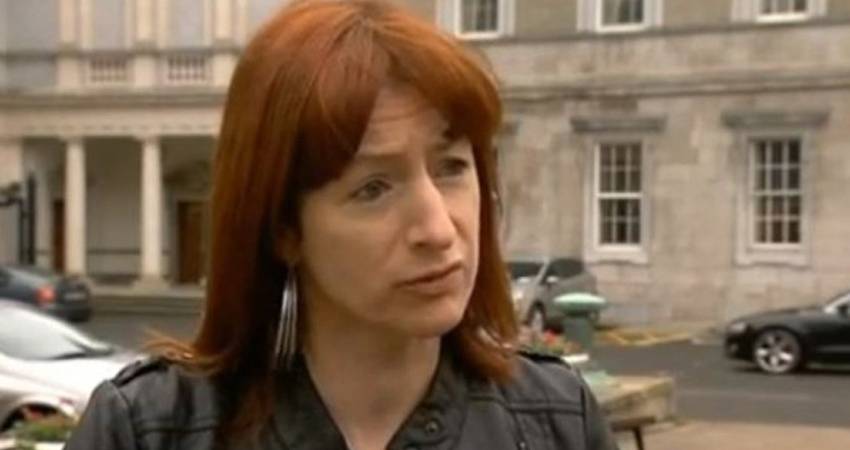 AT THE PRO-ABORTION ACTION ON X MEETING: RANTS AND ONE MAGICAL MOMENT

As a prelude to my Lenten penance, last Tuesday evening I attended the widely advertised Action on X Public Meeting in the Gresham Hotel in Dublin’s city centre. The significance of what was said at the meeting for pro-lifers such as myself cannot be condensed and conveyed in one succinct blog post. Therefore, for the purposes of this first part, I, as a pro-life male, will focus on the male interventions and the one magical pro-life moment at the meeting. This, I am sure, is all I am fit for in the eyes of the feminist fundamentalists and abortion absolutists who were running the show.

The two token males on the invited speakers’ panel, Independent TD Mick Wallace and veteran broadcaster Vincent Browne, didn’t add anything of value to the proceedings and only appeared to be there on account of their high media profiles. The Sisters – it would seem – have been surprisingly swift to forgive Wallace for his infamous sexist comments last year concerning Fine Gael TD Mary Mitchell O’Connor. The Wexford deputy didn’t exactly endear himself to his audience as he exploited his platform that evening to indulge in some shameless election grandstanding and, upon delivering a rather too generic anti-Government diatribe (which was not well received), he promptly departed.

Socialist TD, Clare Daly, who has proposed the pro-abortion bill

Later that evening on his eponymous TV3 programme, Vincent Browne presided over a debate on the implications of the X-case decision in the company of his fellow Action on X campaigners Ailbhe Smyth and Socialist TD Clare Daly, a complete conflict of interest which he dishonestly refrained from disclosing. At the Action on X gathering in the Gresham, Browne was charged with giving us the background to the abortion issue in Ireland and the state of play today. Even though he was only going back over what is very familiar ground for anyone who has taken a serious interest in the issue, and despite the fact that a timeline had been distributed before the beginning of the meeting, Browne managed to get almost every single significant detail wrong (an even more dubious distinction when one considers that Vincent himself must have lived through most of it!). To correct Vincent on just two counts, Miss X was fourteen (and not sixteen) years old when the controversy broke and the McGee contraception court case (which pro-lifers feared at the time would lead to the advent of legalised abortion) took place in 1973 and not 1974.

Speaking of the McGee case, one of the very few men who stood up to speak during the question-and-answer session afterwards was Mary McGee’s nephew, a substitute science teacher who, with lashings of anti-Catholic rhetoric, railed against everything from the influence of religion on Irish society to the provision of models detailing the development of unborn life in the classroom. [He had obviously been taught modern Irish history by Master Browne: the first divorce referendum was in 1986, not 1987.]

After this rant, a woman (early 40s at most) piped up politely and stated that she was a Catholic. As if this wasn’t enough to draw the ire of those assembled, she wondered aloud what Miss X must feel now twenty years on and said that she stopped her sixteen-year-old daughter from having an abortion last year. She informed us that the young mother is very happy now and has her own baby daughter named Jasmine, which means ‘Gift from God’. If looks could kill…