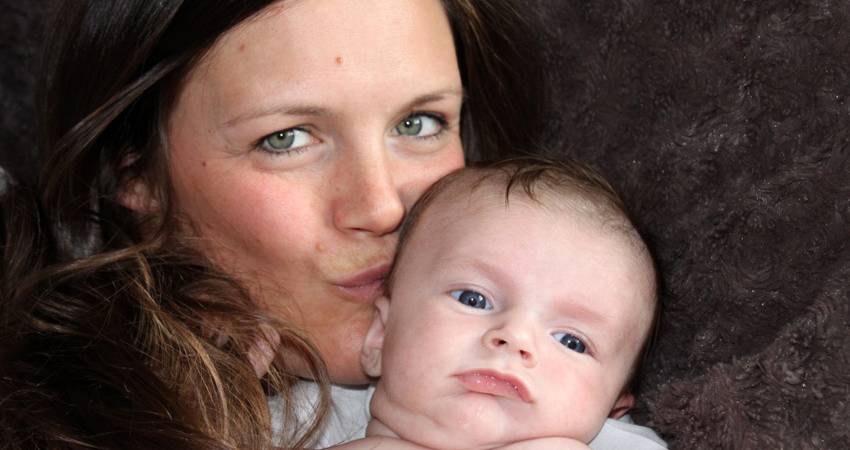 No Stress : A Day in the Life

Last week I found myself incredibly behind in everything; it seemed like the faster I went the more behind I got! This was especially true regarding the house to the point where getting through the workload seemed hopeless. So, with not much of a thought process, I decided instead to throw caution to the wind and go get a few inexpensive bits for the kids at the big toy store in town. Getting the wee ones a little pressie each for no particular reason every once in a blue moon is a nice thing to do. And it surely brings a smile to everyone’s face; both those giving and obviously those receiving! So, happy as Larry to spring out of the house, off I went with the kids.

Now all was going well upon our arrival at the shop. I piled my 19-month old (who we’ve nick-named Micky-moo) and my sleeping 9-week old (for whom we coined Bird) into the trolley. My 3-year old, (Wolf), strolled calmly (before the storm) beside me.

We sauntered up and down the aisles looking at all the wonderful items for children, and truly anything you could image was there. I was amazed at all the variations of merchandise. The last time I was in the toy store was in December which was simply to do the ‘mad-dash’ in and out through hoards of frenzied people, so I was unable to really look at what was on the shelves.

Bird was great for the stroll because he was sleeping. Wolf too was grand for he had freedom to see with his eyes and his hands since he wasn’t in the trolley. Micky-moo, on the other hand, only has a short span of patience especially when watching others having the liberty to actually handle all these wonderful toys. So, as we walked through the store, I rotated toys into his hands trying to pacify him. We were fine until we came to ‘Peppa Pig’ – an animation character that Micky-moo goes bananas for. On the shelf was a package containing the four main characters of this cartoon. Micky-moo’s eyes lit up and his hands jetted out for this toy. Wanting to prevent a tizzy, and thinking I could use this item as a bargaining tool for good behaviour, I put the characters into the buggy.

Knowing I hadn’t long to get out of the store with out making a scene, I coaxed the boys into the lift to go upstairs to get them a DVD. This level of the store contains every baby and toddler item for the home…cots, buggies, potties, etc.

They reminded Wolf that he needed to use the toilet and he began his famous wee-wee dance. I told him in two minutes we’d be out the door and he could go to a toilet then. Then, Bird unexpectedly woke with what seemed to be wind pains. So, I picked him up out of his car seat in the back of the trolley to wind him for a minute. Wolf meanwhile was close at hand checking-out everything on display.

During this, a man came over to us to say hello to the boys and in conversation let me know that he was expecting his first baby any day and that he and his wife were told it was going to be a boy. Just as I was wishing him the best of luck on his expected arrival, Bird had a major blow-out. Leaky nappy caused baby poo to cover my hands, shirt and jeans. A look of panic hit the man’s face! Needless to say he wished us all the best and quickly excused himself from us. Micky-moo, seeing I was ‘occupied’ knew that now was the time to get what he wanted. So, doing a ‘Houdini, he whipped around in the seat in the trolley (in which he was secured), grabbed the Peppa Pig container and began ripping it open. Characters went flying everywhere! Next, I heard a loud laughing roar and turned to see Wolf at the end of the aisle at the pottyand kid’s toilets displays, “MOM, MOM…LOOK AT MEEE! IT WORKS!” And to my utter mortification, I watched my son use the display kiddies toilet, and then triumphantly flush the toilet which loudly made a ‘HURRAY’ sound. Stunned and mortified, with the toilet blaring, Micky-moo screaming for Peppa (who had hit the floor), Bird wailing as we were covered in poo, I looked up and noticed the expectant father was still there, looking horror stricken, and even a little green in the face. The noise level at this point was pretty loud! Proud of himself, Wolf looked quite smug in his accomplishment and what he considered a job well done! All I could do was laugh - and think to myself that I still had to pay for the scattered toys and DVD!

These are the events that make you a seasoned mum. Life…you just gotta love it