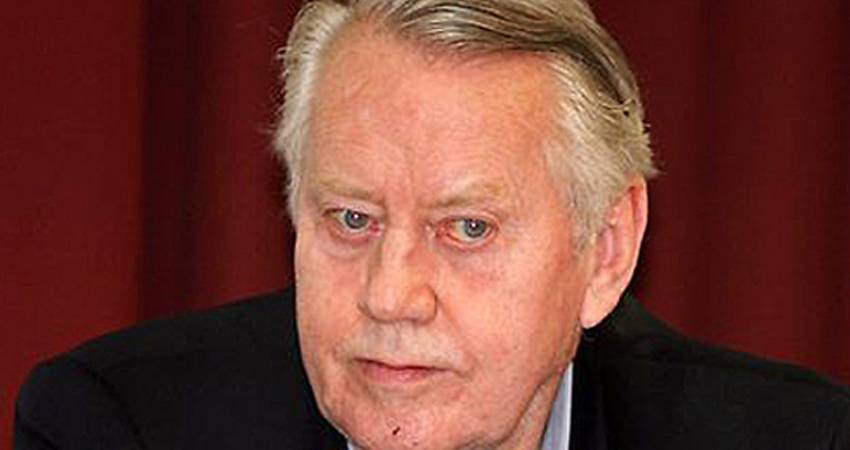 The US billionaires funding the push for abortion in Ireland

Ireland’s experience in banning abortion is hugely important for the global pro-life community. That’s because our record proves that we best serve mothers and babies when our laws protect unborn human life. Ireland is the example pro-life activists the world over can point to, because the Irish experience shows that abortion is never necessary.

The abortion industry is, of course, particularly discomfited by the fact that, according to the United Nations, Ireland, without recourse to abortion, is the safest place in the world for a mother to have a baby. And Irish medical experts have testified that their experience shows abortion is not needed to preserve the lives of mothers – whatever conditions arise during pregnancy.

Little wonder, then, that enormous global pressure is being brought to bear on Ireland right now. However, most people would be surprised to hear that the push to legalise abortion in Ireland is being funded by wealthy Americans: with funding coming from billionaires George Soros and Chuck Feeney, and from multinationals like Microsoft and Goldman Sachs through donations to legal centres supporting Planned Parenthood.

The most recent legal attack on Ireland’s pro-life laws was a court case – the ABC case – taken to the European Court of Human Rights. The court case was sponsored by the Irish Family Planning Association, the Irish affiliate to International Planned Parenthood. The lead attorney in the case, Julie Kay, has worked for both Planned Parenthood and the Legal Momentum Fund – which works to make abortion legal.

The US based Legal Momentum Fund enjoys massive funding, with multinationals like JP Morgan, Goldman Sachs, Pfizer and others helping them to raise almost €8 million in 2008 alone. Their Annual Report for that year describes Kay as a Senior Staff Attorney and reveals its involvement in planning the ABC case. Also supporting Kay with the ABC case was the US Centre for Reproductive Rights – a legal centre headquartered on Wall Street. Their 2010 Annual Report shows income for that year at $18 million with donations from the Ford Foundation, Google, Microsoft and others. The Centre boasts in the same report of their involvement in ‘fighting’ Ireland’s pro-life laws.

It is difficult for local pro-life advocates to match such lavish funding, especially when additional resources for abortion campaigns also comes from wealthy individuals, such as Chuck Feeney, the American billionaire. Feeney made the headlines in Ireland recently when it was announced that he had given €1,500,000 to ensure a ‘Yes’ vote to a forthcoming referendum on children’s rights. But the billionaire has given millions to organisations pushing for social change in Ireland for a decade or more. For example, according to the website of his foundation Atlantic Philantrophies, he has funded the Irish Council for Civil Liberties (ICCL) to the tune of some $7.7 million dollars.

The ICCL has long been an advocate of legalising abortion in Ireland, but recently it caused major controversy when it claimed it had the support of major Catholic charities for a report it put together to submit to the United Nations which contained a strong call for abortion legislation.

The report, entitled ‘Rights Now’, cost a whopping $190,000 to produce and was funded entirely by Feeney’s foundation. It said that “By restricting abortion, the [Irish] State disproportionately interferes with women’s rights to health, privacy, life, freedom from inhuman or degrading treatment and non-discrimination”. The ICCL claimed that major Catholic organisations such as the development aid charity Trócaire supported the contentious report, but in a major embarrassment for the Feeney-sponsored lobbyists, Trócaire and other charities withdrew support when the Life Institute raised a controversy regarding the call for abortion.

However, the ICCL report encouraged other countries to attack Ireland’s ban on abortion at the subsequent UN hearing in Geneva. What’s also interesting is that, without Feeney’s support, the ICCL would hardly exist since it receives almost no support from the members of the public. For example, in 2009 the organisation only managed to raise € 8,822 in donations from the Irish people, but received more than €2 million from Feeney’s foundation the following year.

Feeney has also given more than $1,000,000 to the National Women’s Council of Ireland, who last month launched a drive to lobby politicians in support of abortion legislation.

As if that wasn’t enough, there are also other massively wealthy figures funding the push for abortion in Ireland. George Soros, the New York based investor billionaire, gave €100 million to the self-styled rights organisation, Human Rights Watch (HRW) , in 2010 – the same year that the outfit visited Ireland to attack that country’s ban on abortion. HRW slammed the Irish government in a document provocatively titled “”A State of Isolation: Access to Abortion for Women in Ireland,”” and demanded that “”immediate steps”” be taken “toward decriminalizing all abortion for women living in Ireland”. The document even suggested that the authorities do more to shift public opinion towards abortion.

The funding being lavished on abortion campaigners amounts to unwarranted and unwanted interference in Ireland’s affairs in a bid to smash the pro-life ethos that protects both mothers and babies. Two decades of persistent public engagement and education has maintained Ireland’s pro-life majority, and, in that time, abortion campaigners have failed to win the necessary public support to build momentum for abortion legislation. But they are now openly availing of the massive global funding being made available to efforts to overturn Ireland’s pro-life laws. As in many other jurisdictions, since they cannot get the people to agree with abortion, they want to use the courts and the massive wealth and power of a tiny elite minority to foist abortion on the nation.

We need to work and pray to ensure that they will not succeed. And we can begin by telling Chuck Feeney, George Soros, Goldman Sachs and others to stop funding the push for abortion in Ireland.

Please email or call the following to respectfully request that they stop funding abortion campaigns in Ireland.