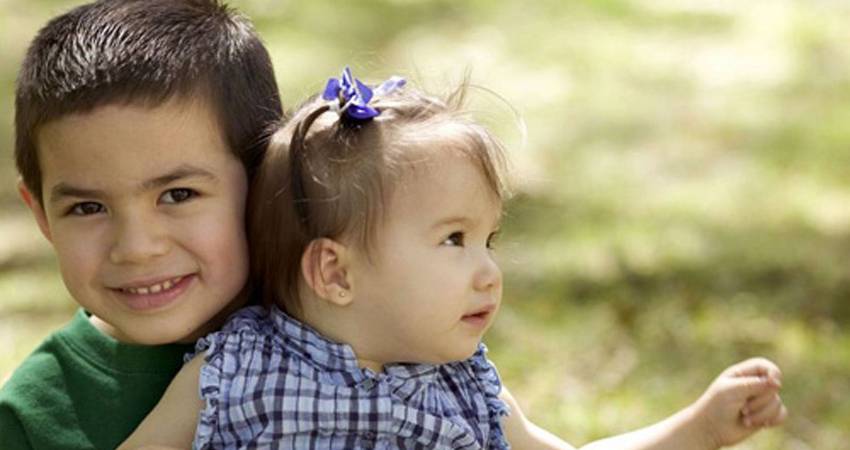 A new edition to the family

Lately I do things a little more slowly and with a waddle in my step. Nearing the last part of my third trimester, thanks be to God, I have not too long to go before my ‘holiday’ (as my neighbour calls it) begins. But I have enough time, though, to worry about a few issues - the main source of concern being around my nineteen-month-old son. You see, he’s been with me 24/7 and is so attached to me that I’m not sure how he’s going to handle the new addition.

If you think about it, my son’s world is about to be rocked! Not only will he have to share my attention but, more than likely, take back seat for a while! Wanting to know how others handled their second baby with the first, I shared my concerns with a few others and I must admit that some of their experiences weren’t comforting at all.

For instance, my neighbour said that her first child was so stressed by the arrival of the second that he stuttered for a month. A woman at Mass said her son hurled every toy imaginable at the new baby. My own sister’s son wallops his sibling whenever no-one is looking. However, I must admit that the majority of the women I spoke with agreed with the general consensus that the children were grand; moreover, I was given bonus info on what to do and what NOT to do regarding an easier transition for the acceptance of a new sibling.

The first suggestion was to be sure to buy a gift that the new baby could ‘give’ to the first-born. The woman who told me this said she was sure that her son wasn’t going to fall for a ‘bribe’, if you will, but she ate her words later when her son kissed the new baby and ran off happy as Larry with the new toy he had acquired.

The second insight was to be sure that when your first is to meet the new baby, don’t hold the new-born. Be mindful to welcome your first child with open arms and full attention so as not to shock your child with his/her potential replacement. My friend’s sister-in-law said she can recall as clear as day the meeting of the first child with her second. She was in the hospital holding the new-born and so looking forward to letting her first son hold the baby. But when the sixteen-month-old boy entered the hospital room to greet his mum and saw her there with a new baby in her arms, he stood nearly dead in his tracks and shook! Poor little fella, with this picture in mind I had tears jerking in the corner of my eyes!

Another great suggestion I received was that as soon as you leave the hospital, get the first-born involved with everything – from nappy changing, feeding, changing to bathing.

Have your first doing as much ‘go-ferring’ (go for this, go for that) as possible. Then follow with loads of praise and thank-you’s. Of course the patience of Job will be needed on your part but it doesn’t matter, just get ‘em involved.

With these pieces of insight, I must admit I feel a little more at ease, especially regarding the initial introduction – I certainly won’t be holding the new baba! But I suppose deep down I’m gonna miss the one-on-one I now have with my little guy. It has been wonderful to be able to give him all the attention he needs, and that it is undivided. Also though, I have to remember how fortunate he has been that he’s had his mum and dad all to himself so far. And I’ll have to remind my son that the new baby, please God, will always have to share where at one time he didn’t.