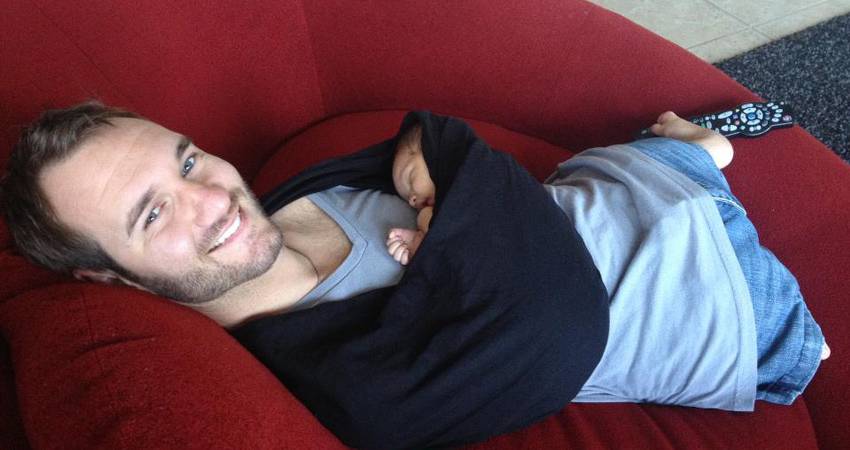 In May of 2010, the staff and interns of the Canadian Centre for Bio-Ethical Reform were delighted and privileged to have a very special guest: a man named Nick Vujicic. Aside from being a world renowned motivational speaker, possessing a double Bachelor’s degree in Accounting and Financial Planning, who meets with leaders from around the world on behalf of his non-profit organization Life Without Limbs, Nick Vujicic has no arms and no legs.

Nick was born in Brisbane, Australia in 1982. His parents had no idea he was going to be born without limbs, and the shock at birth was intense.

In his new autobiography, Life without Limits, Nick reveals how he struggled with bullying, thoughts of suicide, and the unique situation of facing life without arms or legs. He describes movingly how he rose above his circumstances, and how he accomplished more without limbs than he could have with them, inspiring millions of people to value human life in all forms.

It was Nick Vujicic who sprang to my mind when I read a headline on LifeSiteNews this morning: “Couple who would have aborted disabled son awarded $4.5 million for ‘wrongful birth.’” This story, following so soon on the heels of the news that an Alberta judge was willing to use abortion to justify infanticide, once again illustrates starkly the fact that our collective society’s casual downgrading of human life by abortion is opening a fearful Pandora’s Box of death, misery, and eugenics.

This West Palm Beach couple—which the article, I assume ironically, referred to as “parents”—had a baby boy who was tragically born missing both arms and a leg. “The couple claimed,” LifeSiteNews reported, “that had they known of their unborn son’s disabilities before he was born, they would have aborted him.”

In the words of Wesley Smith of the Discovery Institute, “Better dead than disabled.”

Dream come true. Holding my Baby Boy Kiyoshi. Amazing grace and gift from God. Love you all so much. Thank you for your showers of prayer.

The fact that a sitting judge would recognize the preposterous notion of “wrongful birth”—stop for a minute and consider the implications of that statement—makes it crystal clear that some people, based on their ability, should not have been permitted to be born. If you are missing a limb, or have a mental disability, or are somehow not as perfectly formed as society-at-large thinks you should be, you have essentially been “wrongfully born.” Your right to life is contingent upon how useful you are to society. Hitler’s T-4 Euthanasia program, apparently, was denounced because it was simply too cutting edge for the 1940s.

I think most people, including abortion advocates, would fiercely denounce what is known as ableism: “a form of discrimination or social prejudice against people with disabilities.” We as a society recognize that attaching one’s right to life to their ability or societal function is nothing more than utilitarian eugenics, reminiscent of the desire for a “Master Race.” Would anyone say that shooting a child with Down syndrome is not as evil as shooting a child without a disability? I should hope not—although Physicians for Life estimates that between 84 percent and 91 percent of couples who discover that their unborn child has Down syndrome opt to butcher the child in the womb. In some European countries, this figure reaches a staggering 94 or 95 percent. Our culture still believes in eugenics. We just try to be less blatant about it than regimes of the past.

Abortion advocates accuse us of a slippery slope fallacy when we state that abortion, which fundamentally reduces the value of human life and makes it contingent upon characteristics other than humanity, leads to eugenics, gendercide, and the culling of the weak. When we have 100 million missing baby girls in China, I think we are stating facts. When we point out that the womb has become the new killing fields for disabled children, I think the statistics are undeniable. And when a judge awards two people $4.5 million dollars for “wrongful birth” because they couldn’t butcher their child in time, I think society has, in a very fundamental sense, stopped denying our claims altogether.

When Nick Vujicic came to meet with the staff of CCBR, we also had another special guest: a little girl named Brooke, who was born without arms.

She was thrilled to see Nick, who was so clearly just like her. Brooke’s parents refused to destroy their child just because she did not have arms, and Nick was eager to prove to her, like to so many others, that her life was valuable regardless of what she could do or not do. I only hope that the little boy from West Palm Beach gets the chance to meet Nick one day and realize that he was not “wrongfully born.” He was fearfully and wonderfully made.