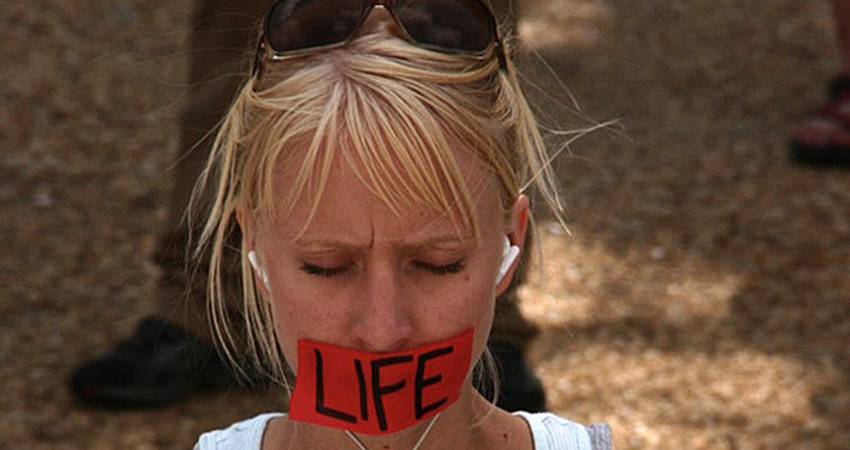 This week saw two Dublin priests praised by many for their steps to uphold Church teaching on politicians who support abortion, with one priest preventing his parish hall from being used by an abortion advocating politician, and the other priest removing the same politician from his ministry in the parish.

Letters to the Sunday Independent pointed out the hypocrisy of the TD in question, Derek Keating, who had no problem with Fine Gael ‘excommunicating’ members who voted according to their conscience and against the abortion act.

Mr Keating’s PR instincts had earlier kicked in, as he attempted to curry favour with the public at the expense of the supposedly nasty clergy and pro-life campaigners (the awful people who simply want to protect mothers and babies; a foul bunch indeed!).

Following on from Áine Collins’ September story of encountering pro-life opposition over the summer, Sunday Independent political correspondent, Daniel McConnell, chose this time to hand the tissue to Derek Keating, giving the Dublin Mid-West TD front page exposure in the latest appeal for sympathy from a Fine Gael TD following their vote for abortion.

RTE Radio 1 were also quick to give the TD live a platform and sympathetic hearing, offering a typically unbalanced, unopposed depiction of events. ‘Victim’s Syndrome’ seems to have been at epidemic levels on Kildare St for some time now as politicians finally begin to realise that their actions have consequences, particularly when those actions involve exposing children to a cruel and horrific death.

In Derek Keating’s case, Fr. Anthony Reilly in Palmerstown first closed the parish hall to his use, followed by the TD then being removed by Fr. Peter O’Reilly, parish priest of St. Mary’s in Lucan, from his role as an Extraordinary Minister of Holy Communion.

Now, you may think Deputy Keating’s disappointment at the being demoted in Lucan was chiefly because this might be the only public ministerial role he enjoyed, and he now finds himself relegated once again to the back-benches of St. Mary’s parish. It’s quite ironic however, that this TD, and those like him who shared their experiences of “persecution” by the Church and pro-life campaigners, weren’t first out of the blocks to oppose the effective excommunication of the Rebel Seven – those former Fine Gael TDs and Senators who incurred the wrath and rage of Enda’s iron-fisted approach to matters of conscience when all were booted out of Team FG.

You won’t however see the Rebel Seven getting in line for an Irish journalist’s counselling sofa; knowing the consequences of their vote to defend life, they did the right thing regardless and maintained their dignity. Conversely, despite knowing there would and will be repercussions for what they have brought upon the children of Ireland, Derek Keating and TDs of his ilk continue to manipulate and distort the truth of who the real victims are.

Meanwhile, public support has been evident for the priests involved despite Mr Keating’s PR spin. The parish office in Lucan has been inundated with calls of support, and letters to the Sunday Independent pointed out the inconsistency of Mr Keating’s stance.

Marion Murphy of Sallins said there was a real irony in Mr Keating’s appeal for sympathy, saying that “seven Fine Gael members have been expelled from the party for their refusal to abide by the party whip (in other words, the Gospel of Fine Gael).”

Alan Whelan from Kerry wrote that: “…when I was selected as a parliamentary candidate for Islington North in the UK I immediately resigned from ministry as a eucharistic minister and did not return to this special ministry until I had moved out of the public body.

“Being a eucharistic minister is a privilege and no one should feel it is their entitlement. If anyone feels that their behaviour might cause conflict at the altar, then surely the right thing to do is to stand down and take a less visible role within their parish. I left my former political party when it became almost totally pro-abortion.

“Interestingly, Derek Keating remains happy to be in a political party that ‘excommunicated’ long-standing TDs and senators who could not accept Fine Gael’s abandonment of its long-standing anti-abortion policy. His present outrage is misdirected and smacks of double standards.”