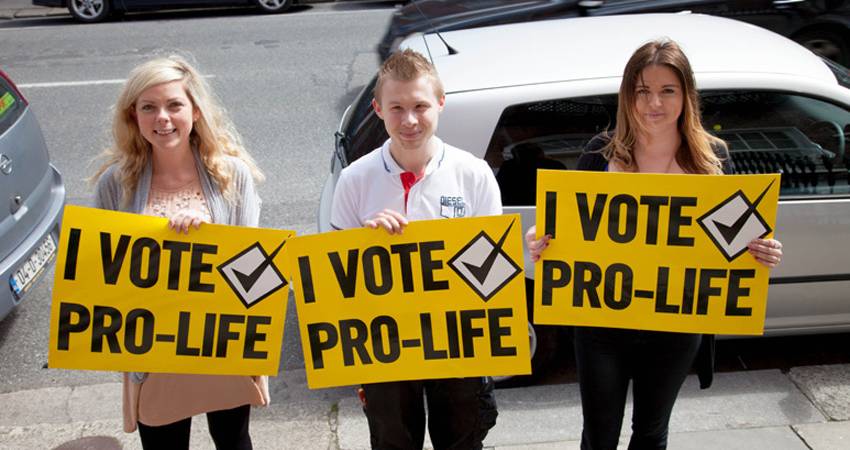 For the last month, a special initiative to raise up Irish pro-life voters has been providing crucial information to the electorate about how to make their pro-life voice heard in Election 2014. Not surprisingly, the Sunday Times has claimed that the Vote Pro-Life drive, organised by the Life Institute, was ‘grilling’ politicians as to their stance on abortion.

That, of course, is nonsense, and the real grilling for politicians is coming from the voters whom they are trying so hard to court before the elections for local government and the EU parliament take place on May 23rd. Their real gripe with the ‘Vote Pro-Life’ initiative is that it has re-charged the massive public opposition to abortion which saw more than 60,000 people take to the streets of Dublin in the Rally for Life last year, and a whopping 100,000 people sign a pro-life voters pledge.

Election 2014 will show that the massive crowds who turned out to Rally for Life last year have not forgotten what Fine Gael has done.

The role of the Life Institute has been to inform and motivate those voters, so that the issue would not, as the government predicted, simply fade away once the abortion law had passed. So far, the results have been extremely encouraging, and we’ve seen that voters are angry in particular with Fine Gael who broke the promise they made not to legalise abortion in the last election.

We aimed to reach 100,000 voters with a direct message on voting pro-life but the take-up has been so strong that we’ve now printed 300,000 information leaflets with more to come, and the campaign is being bolstered by posters, social media adverts and a strong ground campaign. ‘I Vote Pro-Life’ is a statement being heard on the doorsteps right around the country, and voters are taking the matter up with their candidates.

Youth Defence volunteers have also been making the ‘I Vote Pro-Life’ message visible with street outreaches and social media, and getting a very positive response from voters who had previously voted for Fine Gael precisely because they had promised to oppose abortion.

Fine Gael broke that promise, and their betrayal will cost the lives of unborn children. In this election, that will not be forgotten.

Leading Fine Gael figures, such as Richard Bruton, Minister for Jobs, Enterprise and Innovation are now trying to reassure pro-life voters. Minister Bruton wrote to a constituent claiming that ‘failing to legislate [for abortion] would have been a ‘far greater threat to the unborn’.

Such crass denials of the reality of what Fine Gael has done will not wash with voters.

It’s also significant that candidates for the EU Parliament are being asked about Life issues, since so much of the push for abortion comes from outside Ireland, in particular from forces at the European Union.

Recently, we’ve seen the pro-life movement fight back however, and the success of the One of Us campaign and votes in the European Parliament against the pro-abortion Estrela report are an important step forward.

The pro-life majority were ignored by the government last year when abortion was legalised in Ireland. The government’s standing in the polls continues to fall since that time, and in Election 2014 the pro-life vote will be significant.