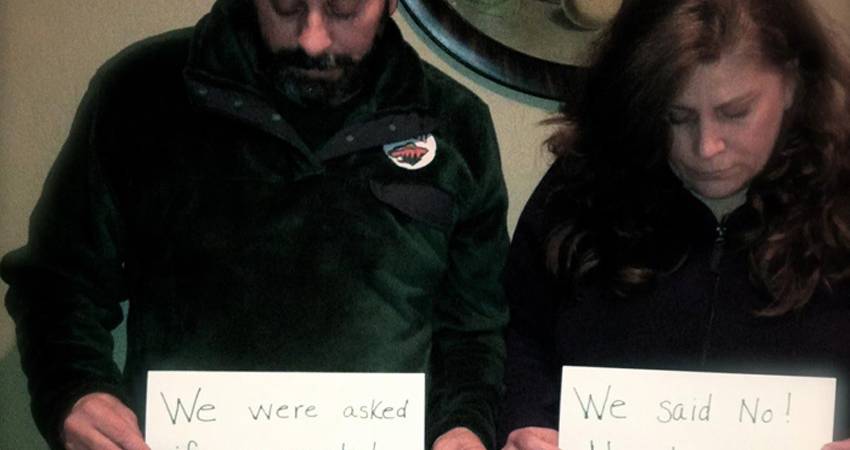 My sister Hannah has Down Syndrome. She can change the world.

My sister Hannah is beautiful inside and out. She inspires me every day. As is typical for children with Down Syndrome these days, she is going to school and living her life, and I know she has a bright future.

Richard Dawkins has never met my sister. If he had maybe he wouldn’t have said that the “moral and sensible choice would be to abort” a baby like Hannah.

I’m going to be honest, Richard Dawkins sickened me when he said that it was immoral to give birth to a baby with Down Syndrome. He also argued that you would be spending your life caring for an adult who has the needs of a child.

Kala with her sister Hannah

Richard Dawkins, sadly, is not alone, just more clumsy about expressing his beliefs than others. There are even doctors telling women that they should just abort their baby because their baby has Down Syndrome. They are telling women that their babies would be a burden to their family and to society. Parents become scared because they are not given that right information when they find out their child has Down Syndrome, and parents of children with Down Syndrome are speaking out saying that the little information that they did get was very outdated.

In fact, Kishore Vellody who is a medical director of Down syndrome centre at the Children’s hospital of Pittsburgh of UPMC says that “Even in my med school textbooks, a lot of things we learned about Down Syndrome was inaccurate because it takes so long to have them updated. Within the past 30 years, the increase in information and standard medical care has been dramatic and is mirrored by the increase in life expectancy for people with Down syndrome, from 25 in the 1980s to 60 and beyond now.”

Hannah with her nephew Allen

Chloe, who is an 11 year old girl with Down Syndrome, stood with Gov. Tom Corbett as he signed “Chloe’s Law,” ensuring Pennsylvania moms have access to accurate information and support when their preborn baby is diagnosed with Down Syndrome.

When my mom was 4 months pregnant they found out that Hannah had two holes in her heart. On the same day they told my parents that their daughter could have Down Syndrome and told advised them to get an amniocentesis. My mom had said that they just found out their daughter had two holes in her heart and they weren’t going to put their baby through anything else. Then the doctor said that there were other options ie telling my parents that they could abort their baby. My mom then stood up saying that there were no other options but to love this baby and walked out. On June 17th Hannah was born. She did have Down Syndrome, and when she was 4 months old she had to get heart surgery, because her heart is tilted and on the other side of her chest. She was in surgery for 9 hours, but we always knew she’d make it.

My mom said the impact Hannah has put in her heart is overwhelming, and that God has never shown her such beauty in her life. She says we always look for the perfect flower or apple but what she found out is that such beauty lies in the unexpected.

Beautiful message of love and hope. Every child deserves a chance at life

Hannah is now 14 years old and, yes, she has Down Syndrome but that does not define who she is. She has her own personality and is beautiful inside and out. She is living her life and has a bright future ahead of her.

Kids with Down Syndrome are going to school, graduating from high school, going to college, getting married, and living on their own. Everyone has a right to life! And everyone learns at their own pace disability or not.

Its amazing to see people with Down Syndrome go for their dreams and prove people like Richard Dawkins wrong!

Its inspiring to see people like Chloe and her family stand up for life. In America over 90% of women who find out their baby could have Down Syndrome will choose to abort their baby.

There should be more laws like the Chloe law. Women and their babies, like Hannah and my mom, deserve better than abortion.