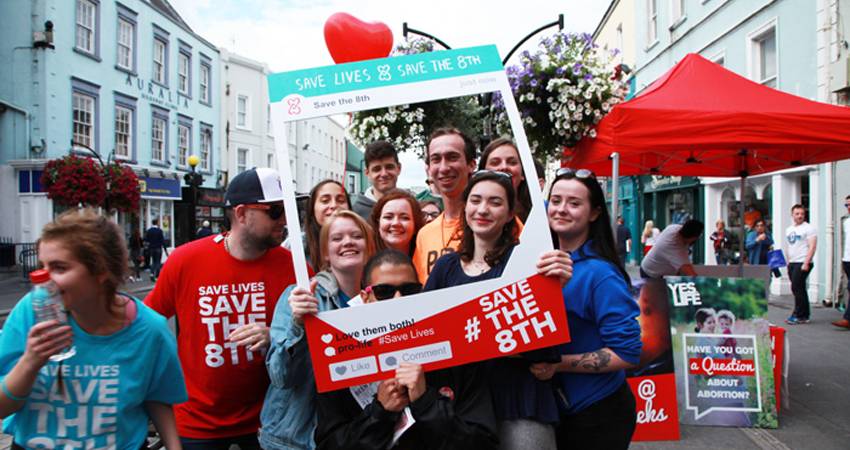 One good reason we can change public opinion on abortion

The answer, obviously, is multi-faceted and rooted in how we know our strategy works. But for today, I’d like to answer that question with a story.

It was one of those days where it was absolutely packed on campus, with students milling everywhere around our huge display of abortion victim photography.  Early in the morning, an African American girl came up to the display, with a rather sceptical but dapperly dressed young man behind her.

“My name is Raven,” she informed me, instantly giving me a flashback to my first Florida experience a year ago. “My friend is pro-choice. Y’all are changing people’s minds right?”

I began to chat with her friend, whose name turned out to be Nick. After hearing the biological and embryological arguments for the humanity of the pre-born, he began nodding a bit.

“That makes sense,” he nodded, “I guess, I wouldn’t have an abortion. But I don’t know if I’d stop it.” Convenient, I thought, since he was male.

“Let me put it this way,” I said, “Let’s suppose that there’s a racist here in Tallahassee who wants to open a restaurant, but has decided that he is going to segregate it according to race. What would you think of that? That would be wrong, correct?”

“Of course!” He was very effusive about this. His friend Raven, however, was starting to smile a bit, probably guessing where I was taking the conversation.

“But,” I asked him, “I could just say, I’m anti-racist, but I’m not going to impose my particular view on him. If he wants to do what he wants with his restaurant there’s nothing wrong with that, right?”

He stopped, and then looked at me with a rather bemused expression and chuckled. “I think you got me there, dude,” he laughed, “That makes a ton of sense.”

He was, however, quite sure that his newfound pro-life worldview would not last, informing me that the peer pressure of his friends was sure to change his mind back quite quickly.

“Why don’t you let me talk to your friends?” I asked him. He nodded and headed off into the crowd. I was quite sure that he had found an exit to this annoying abortion conversation, and that I’d never see him again.

However, he came back a few minutes later, with a large contingent of students around his age.

“Tell them that store stuff you told me,” he said, pulling me into the group. I reiterated the case for life again, and slipped in a few facts about Planned Parenthood’s racist beginnings for good measure. There were nods of agreement all the way around, and more signups for the campus pro-life club.

For the rest of the day, Nick tracked down his friends and dragged them to the display, usually pulling me from whatever I was engaged in and demanding that I “Tell them that stuff you told me,” and then nodding wisely as I obliged, giving grunts of approval whenever I articulated a point he especially agreed with. Nick’s strategy, he informed me, was to make sure he wouldn’t become pro-abortion again through peer pressure by making sure the vast majority of his friends also became pro-life. By the end of the day, I had talked to over twenty of them. Most of them became pro-life. Many of them even signed up for the pro-life club. The only people in danger of caving to peer pressure were the few pro-choice stragglers in Nick’s social group.

I was only one of close to forty volunteers on campus that day, all of them with exciting stories of people rejecting the pro-choice worldview and embracing the pro-life one. One day on campus, and we’d already signed up over 100 people for the pro-life club.

That’s why I think we can change public opinion on abortion.