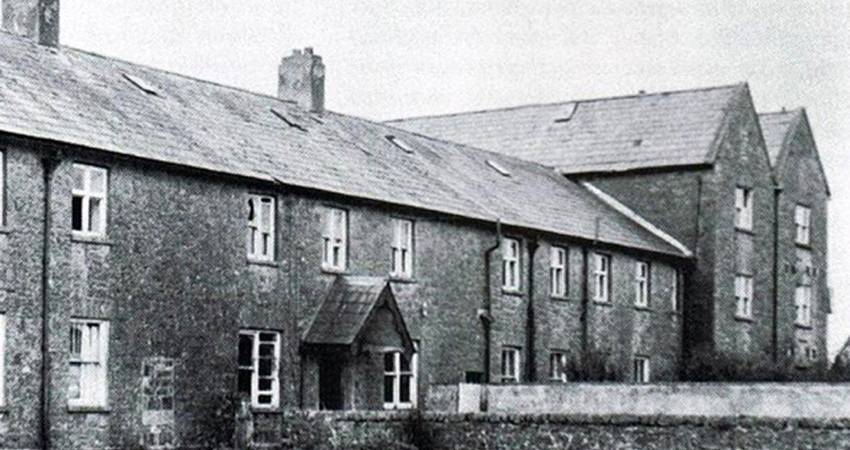 UPDATE: Rosita Boland’s article in the Irish Times calls the Irish media to account for their rush to print on the Tuam babies story without checking the facts. The hysterical headlines we’ve seen go around the world have unfortunately become part and parcel of Irish journalism. As I said below, mothers and babies were treated appallingly in these homes, and we need a full inquiry as to what now seems to be  emerging in relation to the burial of children and forced adoption. However, the toxic commentary, and the fact that some campaigners are bizarrely using these tragedies to push for abortion, serves to further disrespect those involved. An excellent insight into the historical context of the homes and the poverty of the time can be heard here – while Brendan O’Neill of spiked also has an interesting commentary here.

What is emerging about the possible existence of a mass grave at a mother and baby home in Tuam is sickening and heartbreaking.

The treatment mothers and babies endured was horrendous in any case, but that the poorest and most vulnerable of children may also have been treated so inhumanly after their death would be inexcusable.

A full independent investigation should be established immediately, and should also include similar homes where mass graves have held secrets for too long, and where long-overdue respect and recognition should be given to those who died.

Yesterday, speaking on RTE’s Morning Ireland,  consultant forensic scientist Geoff Knuper said the cause of death for the bodies uncovered in Tuam could be determined, and that the case should be in the first instance, “a matter for the Gardai, the coroner and of course the State Pathologist”.

Enda Kenny should take that advice under consideration when establishing an inquiry, and there should be no attempt to absolve anyone involved from responsibility. The religious orders involved have said they will fully co-operate with any inquiry, and it should proceed without delay. Why further action was not undertaken when the grave was first uncovered is inexplicable.

The Bethany Home Survivors group, which represents people who were in the Protestant-run mother and baby home as children, has called for redress and compensation for survivors of these homes.  I think most people would support that call for redress:  it seems the very least that can be done.

What is not always understood is that disproportionate numbers of Irish people were dreadfully poor at that time, mostly due to circumstances completely out of their control, and the poorest of the poor were often treated brutally because they had no voice and no representation.

Some would argue that there are parallels between how these babies were treated, especially after they had died, and how abortion providers treat the bodies of unborn children after they have been killed. They’ve pointed out that these victims, too, are children who are voiceless and abused.

To my mind however, these are two separate issues, and I believe that we should deal with them separately.

It has been deeply disturbing then to see abortion supporters use the shocking story of the babies in Tuam to try to push abortion, and to attack pro-life people.

One Sinn Féin councillor used his Facebook page to claim that he was sickened that “…. pro-life people would have done such a thing”. It was a cynical and manipulative attempt to blacken pro-life people, who work to protect mothers and babies, and are still in the majority in this country, and, yes, this is the same Sinn Féin who still refuse to reveal the bodies of the Disappeared to their families.

Other abortion extremists are all over Twitter somehow using the unacceptable abuse of mothers and babies from a previous time to justify the dismemberment of unborn babies in our own time.

It’s not just the twisted logic I find abhorrent, because I think we’re all well used to that; it’s the crass attempt to manipulate these awful tragedies in order to push the abortion agenda that I find particularly disquieting.

Maybe if they stepped back from their toxic and hateful tweeting for a moment they could actually regain some respect for themselves, and for the children who were treated so badly in life and in death.

Using the abuse of children to score points or to try to promote abortion is beneath contempt. Instead, what we can learn from these dreadful revelations is that we need to work harder to protect mothers and babies.