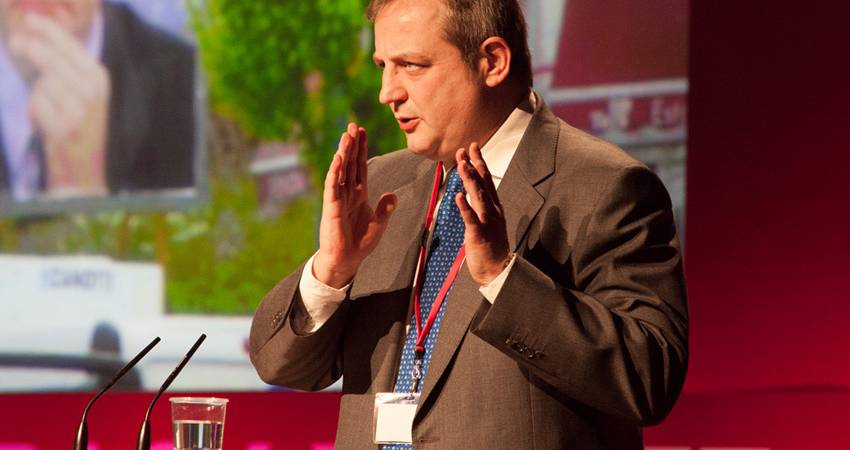 “THE STREETS ARE OURS”: HOW SPAIN OVERTURNED ABORTION ON DEMAND

Last month, Spain made history as the first European country to reverse legislation which had made abortion on demand lawful. Luis Losada, a well-known Spanish journalist told the National Convention for Life that the success was due to massive public engagement, driving demand for change, and a determination to hold politicians to account.

In 2010 a law had been proposed by the Socialist government to provide for abortion on demand and the pro-life movement mobilised the Spanish public against this proposal. This resulted in a gigantic demonstration in Madrid in which 2 million people took part, and which some Irish pro-life activists were lucky enough to have attended. The law was passed regardless, but as Luis outlined in his speech, this was totally against social demand, the constitution and even the socialist party’s own program for government.

Instead of giving up, the pro-life community took heart from the fact that public opinion was on their side and as Luis said, the new rallying cry became “The streets are ours!” The massive public engagement meant that the opposition party made over-turning this law part of their election programme, and that party subsequently took power in late 2011.. Because of the nature of Spanish law-making, getting a law passed is a lengthy process and the Spanish pro-life community now turned their attention to putting pressure on the government to follow through on their promise and to hurry up with the legal change. This was done by mounting a series of high profile public campaigns.

The message was powerful, because it spelled out that every day the legislation was delayed 303 unborn babies lost their lives to abortion. “We said, we cannot wait” Luis Losada said, “each day we wait [for the law to be overturned], 303 people are dead.”

This message was also featured on a series of billboards, which directly criticised the government for not tackling the abortion issue – something that had never, ever been seen in the country before and which caused the sitting government a lot of embarrassment and anger. The billboards featured photos of sitting government Minister of Justice saying ‘303 children killed is too much, please change the abortion law now’.

Other campaigns involved a “Clear the abortion law” campaign around the country and on social media; holding regular demonstrations whatever the size; handing out baby scans to members of parliament; engaging with the media; holding rallies and exhibitions; holding think-tanks with the scientific community; participating in debates and constantly lobbying politicians. The key to success, he said, was to make sure the pro-life presence was ever-presen

“The governments will never do anything if they don’t feel the pressure of society” Luis told the crowd, to sustained applause.

Luis also advised Irish delegates not to be discouraged and to engage with public opinion and political figures whenever possible and to be free of restrictive political or economic ties. The model used in Spain, right down to the attractive branding of Spanish groups Derecho a Vivir and Hatze Oir , is very similar to that of Irish pro-life groups Youth Defence and the Life Institute and the packed National Convention for Life took great hope and inspiration from Mr Losada’s testimony.

The pro-life movement in Spain is now working towards a total ban on abortion and Luis himself is working with the Citizen Go initiative which mobilises public support for pro-life initiatives. As Luis’ said: “The streets are ours!” Viva Espana.