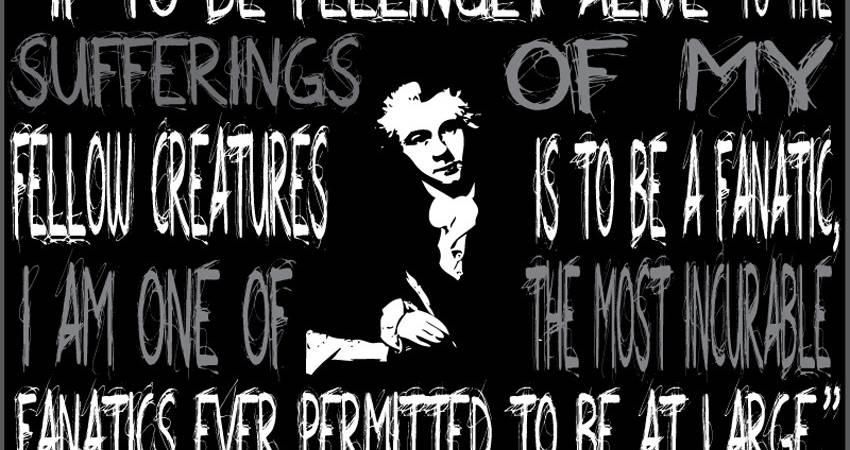 History has a terrible habit of repeating itself. The defence of human dignity is a permanent battle that engages people of goodwill. William Willberforce, a towering figure in the battle to abolish slavery, bequeathed to us a lifetime of insights that are hugely pertinent in today’s struggle to end abortion.

Pro-life activists today can also take heart from his persistency throughout his adult life to abolish slavery even against extreme opposition.

Born in 1759, this remarkably determined young man was first elected at the age of 21 for the constituency of Hull to the parliament of Westminister. Greatly influenced by the then prominent slavery abolitionist, Thomas Clarkson, Wilberforce began to mark his political career by campaigning against the slave trade of black Africans.

He realised that the reality of slavery was hidden and needed to be revealed, and famously brought a pleasure boat by a slave ship so that the well-to-do passengers could smell and see the horrors of slavery for themselves.

As he famously enjoined his peers:

“You may choose to look the other way, but you can never say again that you didn’t know”.

Today’s proponents of the abortion culture of death are leading the campaign to have the exploitation of women and killing of children made legal – but they claim to be outraged when faced with the gruesome imagery of an aborted child.

Like Wilberforce, we can answer, not so much to abortion campaigners but to the public, that they can never say again that they did not know.

That knowledge should lead to a whole hearted commitment to end abortion. Within the media and, often within the political sphere, it is taboo to be opposed to abortion. Abortion advocates often go into a frenzy, reaching screeching pitch, when portraying pro-life activists as fanatics.

Let’s remember then what Wilberforce said:

“If to be feelingly alive to the sufferings of my fellow-creatures is to be a fanatic, I am one of the most incurable fanatics ever permitted to be at large”.

He had words of encouragement too for overcoming our natural human failings and our desire to believe that we are not obliged to stand in defence of our brothers and sisters.

“Selfishness is one of the principal fruits of the corruption of human nature, and it is obvious that selfishness disposes us to over-rate our good qualities. And to over-look or extenuate our defects”.

For Willberforce, to believe was to act, a calling familiar to pro-life activists.

Our beliefs, he believed should be boldly asserted :

“Let true Christians then, with becoming earnestness, strive in all things to recommend their profession, and to put to silence the vain scoffs of ignorant objectors. Let them boldly assert the cause of Christ in an age when so many, who bear the name of Christians, are ashamed of Him: and let them consider as devolved on Them the important duty of suspending for a while the fall of their country, and, perhaps, of performing a still more extensive service to society at large; not by busy interference in politics, in which it cannot but be confessed there is much uncertainty; but rather by that sure and radical benefit of restoring the influence of Religion, and of raising the standard of morality.”

Wilberforce spent his life in pursuit of the abolition of slavery. There were many setbacks and many disappointments. Yet he never gave up, extolling commitment and perseverance because the cause was so great and the need so pressing.

“Our motto must continue to be perseverance. And ultimately I trust the Almighty will crown our efforts with success.”

His perseverance paid off. In this new struggle for human rights and dignity, so must ours for mothers and babies.