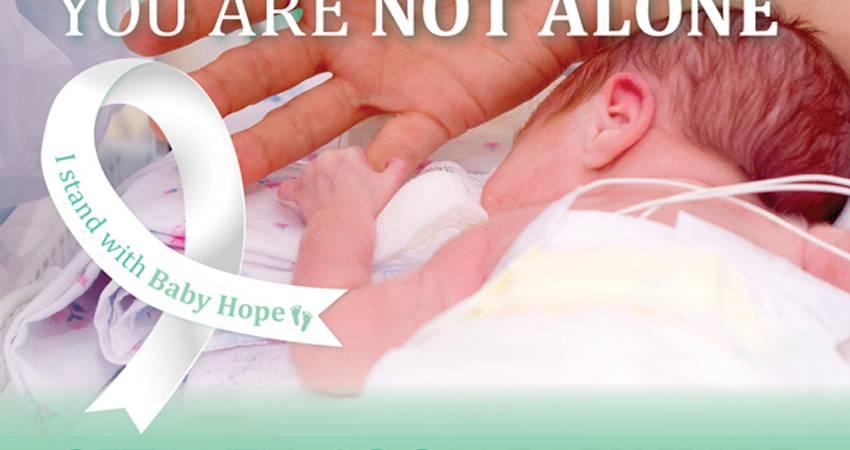 There's a baby fighting for life in an ICU, and these people want him dead

Who could possibly not feel anything but enormous compassion for a tiny baby boy born at just 25 weeks gestation and fighting for life in intensive care?

His tiny lungs will be struggling to catch breath, his fragile body filled with tubes, and he may be left with a host of problems including brain damage, blindness and more. Every decent person would hope and pray that this little boy makes it. Everyone with an ounce of compassion would want to wrap him in love and urge him to stay strong.

This may seem unthinkable, but its true – and it’s happening in Ireland.

This little baby’s mother, distressed and vulnerable, wanted him to be aborted. Ireland new and controversial abortion laws, which put doctors in an impossible position, have no term limits written into the legislation. Faced with this nightmare scenario, the obstetrician delivered the baby boy at just 25 weeks because his mother said she was suicidal.

The fury of abortion campaigners immediately filled the airwaves and the newspaper columns. It was inexcusable that this child – the same child fighting for his life in an ICU – had been allowed to see the light of day.

Their logic is chilling: they believe the unborn child to have no rights whatsoever and this child’s survival is an affront to them. Their commentary on social media failed to express even a shred of concern or compassion for the tiny child now battling for life in a neo-natal ICU. Their preferred outcome would be if this baby were dead. It is an extraordinary callous position.

This sad and horrific case has at least one enlightening outcome: it has truly revealed how utterly indifferent and unfeeling abortion campaigners are to each and every unborn child, to the undeniable humanity of these children, and to their need for protection.

But then they’ve also shown themselves to be remarkably cynical at using vulnerable, frightened women to further their own agenda. The harrowing case of Miss C, a rape victim brought to Britain for an abortion without her knowledge or consent, is just one particular example of this cynicism.

That’s why abortion supporters have tried to shout down anyone who has pointed out some inconvenient truths about the case, not least being that medical experts have agreed that abortion is not a treatment for suicidality. Last year some of Ireland’s most senior medical experts testifiedbefore a Parliamentary Committee and they agreed that, in their collective experience, they had not come across a single case where an abortion would have been the appropriate treatment for suicidal thoughts in pregnancy.

Psychiatrists also advised that the treatment for suicidality is to make sure that women are safe, that they have appropriate support, medication and psychological treatment. Instead of trying to ensure that the woman in this latest controversy was made safe and received appropriate treatment, emerging details show that abortion agencies like Planned Parenthood seem to have been simply pushing for an abortion.

Unfortunately for abortion supporters, this tiny baby has survived the first known use of Fine Gael’s cruel and unjust abortion act – an act which has failed so utterly at the first hurdle that it now simply must be repealed.

The fact that this baby exists is a powerful and indelible reminder to all of us that every abortion takes the life of a child. No doubt that’s why the Irish media has gone into overdrive to suppress any mention of this little boy, since his survival, and his fight for life has the potentiality to overturn the most cynical and manipulative spin of the abortion industry.

On Saturday, I will stand with Youth Defence, the Life Institute and others in a Vigil for Baby Hope, as he has become known, and for all mothers who need our support in crisis. Thousands of ‘Get Well’ cards will be signed for this little boy, and gifts and funds collected to help him in the future. We want to tell this child that he is not alone, and that we stand with him and wrap him in love as he fights for his life.

That must be our message too to mothers in crisis because there is always a better answer than abortion. Our answer is to love them both.

Stay strong Baby Hope. Keep fighting for your life. Remember that you are not alone. May you live your life to the full.