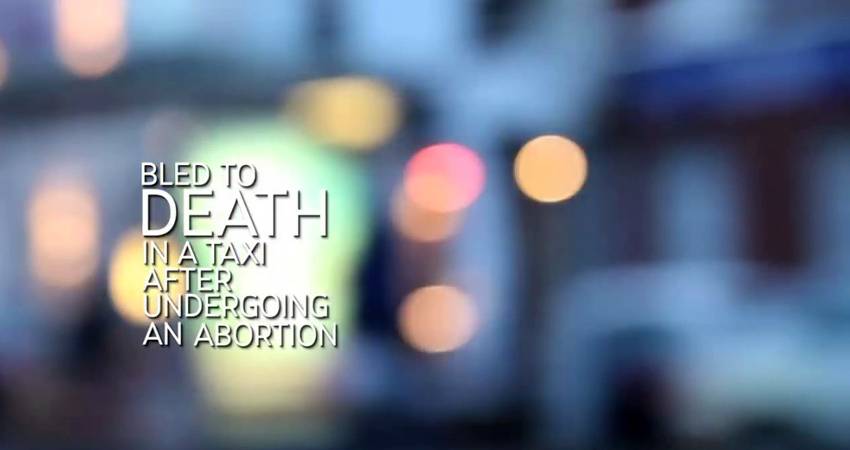 A woman from Ireland bled to death after an abortion at a Marie Stopes clinic in West London. Three people – the abortionist, Dr Adedayo Adedeji, and two nurse colleagues, Gemma Pullen and Margaret Miller – who worked at the clinic have now been charged with manslaughter.

Reporting from the Irish media on the case has been confined to four-sentence news snippets. There has been no blaze of publicity, no calls for an inquiry, and no hard questions asked of the abortion industry.

Another Irish woman almost died in the same Marie Stopes clinic in 2006 when an abortionist, Dr Phanuel Dartey, perforated her uterus and left pieces of her baby inside her body. When she returned to Ireland, the woman was rushed to hospital where she was in a critical condition for two months.

But it gets worse.

The 2006 case only came to light in 2011, and the Irish media then rushed to talk to Marie Stopes. Not to question them, mind you, but to give them space to justify themselves and to make sure the abortion providers had plenty of opportunities to reassure everyone that, despite the fact that a woman had been left fighting for her life, Marie Stopes was still a top-notch operation.

The Belfast Telegraph quoted Gabrielle Malone, manager of the Marie Stopes referral clinic in Dublin, at length, when she insisted that “Marie Stopes clinics had an excellent record and the Dartey case was an isolated one”. The Irish Independent gave Tracie McNeill, Marie Stopes’ international vice president space to claim that the harm caused by Dartey was an “isolated incident” and to preach about their ‘concerns as a healthcare services provider” in relation to Ireland’s ban on abortion.

Yet just months later another woman from Ireland bled to death in that same Marie Stopes clinic.

And it gets worse again.

The Marie Stopes abortionist, Phanuel Dartey was eventually struck off the register. But no Irish journalist investigated the trail of misconduct and harm he had wreaked on vulnerable women when working in the British abortion industry.

That evidence wasn’t hard to find. In 2004 Dartey was named in news reportsconcerning a mother who also attended the same Marie Stopes clinic for an abortion. Dartey performed an abortion which reportedly went horribly wrong, causing an emergency transfer to Ealing Hospital, where doctors told her she had a punctured womb, cervix and bowel, and there was a pint and a half of blood in her stomach. She said “I feel like I’ve been butchered. I’m still living with the scars and the effects on my health.”

But despite that Marie Stopes let Dartey continue to work in their clinic, and no-one asked why. The Irish media refused to ask hard questions of Marie Stopes, refused to grill the abortion industry on its failure to protect women, refused to draw attention to the fact that, in general, only the dregs of the medical profession work in a setting where clinics make money by killing babies instead of helping women.

Instead, the media gave the opening of a Marie Stopes abortion clinic in Belfast the most sycophantic coverage possible and hailed its Director, Dawn Purvis, as a latter day saint, despite her history as a political mouthpiece for the UVF, amongst the most brutal and most feared of the loyalist terrorist groups that arose during the conflict in the north of Ireland.

And so now a Marie Stopes clinic has caused a woman from Ireland to bleed to death, and there will most likely be no outcry, no media investigation, just the same cover-up, and the same shameful and sickening refusal to ever, ever put the truth or the real needs of mothers and babies ahead of the distorted, medieval ideology which thinks that killing a baby is a solution to a crisis.

The truth is that women have now just become collateral damage for the abortion industry and its supporters. If they die after an abortion, or if they are harmed, or if they suffer adverse mental health effects, or if baby girls aborted simply because of their gender, all of that will be ignored because nothing, absolutely nothing, can be allowed to disrupt the media mantra that abortion is a right and abortion providers must be supported.

This is, of course, the same media who lied and distorted the facts when reporting on the tragic death of Savita Halappanavar, telling the world that she died because abortion was illegal when three subsequent inquiries found that she died of sepsis which went undetected when medical staff missed the warning signs. They went to enormous lengths to exploit Savita’s death to push abortion, yet when women die following abortion that inconvenient truth is buried – a cover-up that will surely lead to further malpractice and ultimately to more lives being lost.

So we need to make the truth known. If you are tired of the media bias and cover up, then share the facts, like those in this video  which summarises some of what the public needs to know about Marie Stopes International which makes millions from killing babies and harming women.

Share this piece and any news or opinion piece challenging the consensus: write your own, join the conversation, force the truth out into the light. Be part of ending exploitation – and of the movement to provide women with better answers than abortion.