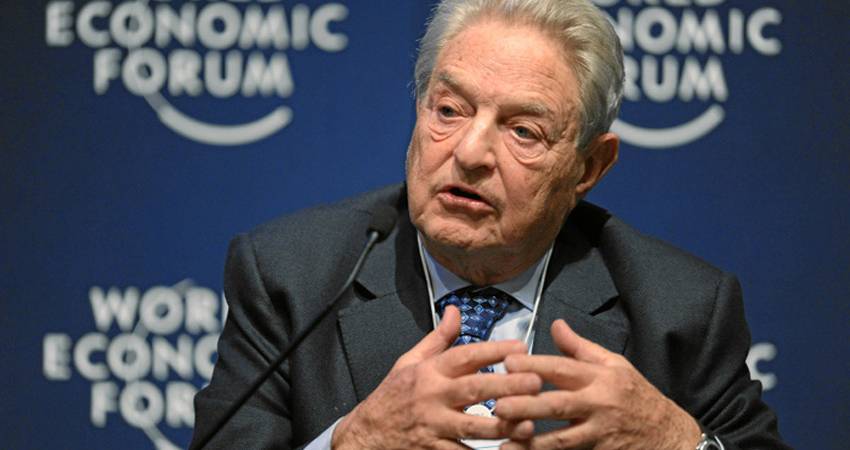 At least $18million from abroad is funding a massive abortion push in Ireland. This is not a fair fight.

In a small country like Ireland $18 million can buy you a lot of votes – or it can at least enable campaigners to engage in a massive, well-funded push to have abortion-on-demand legalised.

If you’ve been wondering how groups like Amnesty, the Irish Council for Civil Liberties and others have suddenly began pumping out slick campaigns for abortion then look no further than the source of their funding. In the past few years – with timing  that exactly correlates to their strident and relentless push for abortion – some $18 million dollars has poured into the coffers of these Irish pro-abortion campaigners.

$18 MILLION dollars. Think about what an enormous sum of money that is. Much of the cash is coming from the foundation of Chuck Feeney, a US billionaire who made a massive personal fortune in duty-free shopping, and whose largesse is distributed through a foundation called Atlantic Philanthropies.

The Irish Council for Civil Liberties were a tiny group raising less than €9000 a year, but $11.3 million dollars of Feeney’s money transformed them into a major abortion campaigner. He gave $5.1 million to Amnesty Ireland (who for many, many years had a neutral position on abortion)  and, hey presto, now they are rolling out an expensive abortion push, spending lavishly on corporate-style events and music festivals to demand abortion be legalised, as if killing babies was a human ‘right’.

Another $1.1 million was handed to the National Women’s Council of Ireland, who immediately upped their game in pushing abortion, lobbying politicians and holding pro-abortion conferences, though they were careful to take time out to attack women who publicly said that they regretted their abortions.

The handy sum of  $236,850 was also forked out to the Family Planning Association in the north of Ireland to fund a court case to challenge a ban on abortion there  – FPA are an associate of the ghastly Planned Parenthood Federation who have been caught on camera arranging the sale of the body parts of babies they have aborted.

But Feeney is not the only American billionaire spending money on attacking Ireland’s abortion laws.

George Soros, who controversially made billions in currency speculation, gave €100 million to the self-styled rights organisation, Human Rights Watch (HRW), in 2010 – the same year that the outfit visited Ireland to attack our ban on abortion. HRW demanded that “immediate steps” be taken “toward decriminalizing all abortion for women living in Ireland”. The document even directed the government that the authorities do more to shift public opinion towards abortion.

Then there’s the Centre for Reproductive Rights, a massively wealthy outfit who raised €25 million in 2014 alone from the likes of Bill Gates and the Ford Foundation, and who are up to their necks in pushing abortion in Ireland.

They are funding a legal case which is going to the United Nations in Geneva, accusing Ireland of ‘torture’ because we don’t approve of our babies being killed before they are born. Their American lawyers appeared on Prime Time and many other Irish media outlets but they were never asked, not once, why they thought our abortion laws were any of their damn business.

Now we all know the Irish media are pretty much a joke when it comes to abortion.

It’s not just that they are almost all solidly pro-abortion, or that groupthink is the order of the day, what’s embarrassing is their absolute lack of professionalism in regard to the issue. They seem completely incapable of being fair or  imbalanced when it comes to abortion and nowhere is this more clear than when it comes to funding.Imagine the outrage, the endless condemnation, the calls for a public inquiry, if Life Institute or Youth Defence or any number of pro-life groups had received anything like $18 million dollars for pro-life campaigns.  Imagine the breathless indignation if an American pro-life foundation took Ireland to court because of our abortion laws.  It’s likely that Irish media would have a collective seizure. Their heads would simply explode.

Bill Gates, founder of Microsoft and US Billionaire – Photo: Wikipedia

But it’s ok, it seems, for pro-abortion campaigners to spend the money of a U.S. billionaire in pushing abortion, and to involve massively wealthy pro-abortion outfits backed by George Soros, and Bill Gates, and the Ford Foundation, in attacking our pro-life laws.

We already seen how referenda have been bought and sold in this country, and it need not just apply to social issues – what if wealthy businessmen who live abroad poured money in before a referendum on Irish water to produce the result they wanted? What if that was ignored by the media too?Clearly, in relation to the abortion issue, this is a ridiculous situation, if not an obscene one. In a fair fight, the same rules should apply to everyone. But that’s not happening.

So what can the Irish pro-life movement do in this David-versus-a-host-of-Goliaths situation? We can fight back with everything we’ve got. That’s why this month, we started the Life Canvass, a major, game-changing new initiative aiming to engage every voter in the country – all 3.2 million of them – in a personal conversation on abortion. It is going to be huge. It is going to achieve breakthrough. It is going to bring Ireland back to Life.

€18 million dollars won’t buy you the courage, conviction or sheer determination of thousands of dedicated pro-life activists who believe, passionately and absolutely, that we can do better for mothers and babies than the medieval answer of abortion. When it comes to protecting life, the desire to provide a more compassionate answer than abortion is something money can’t buy.