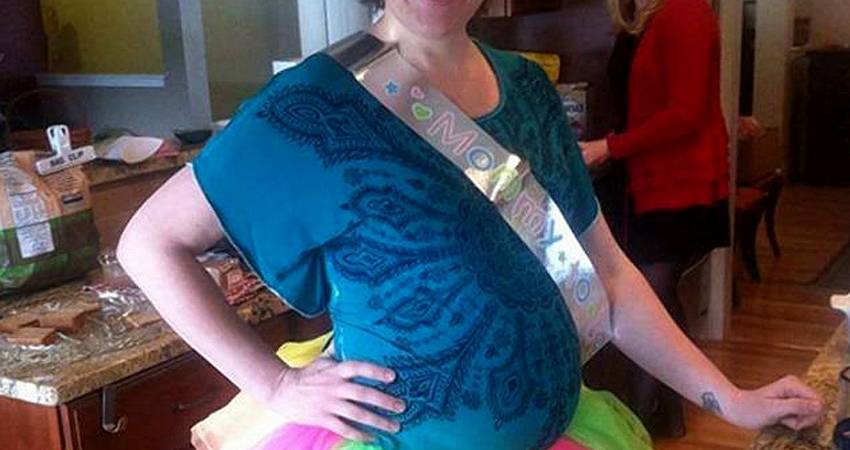 Colorado: Abortion supporters would rather shocking crimes go unpunished than admit baby is a person

A gruesome and shocking crime in Colorado has brought the abortion laws in the U.S. into sharp focus. In particular, the inability of the law to prosecute for the death of an unborn baby seven months gestation has shown that recent personhood measures, vehemently opposed by abortion supporters, are, in fact, necessary to protect both mother and baby.

The horrific story has attracted global attention. Michelle Wilkins was seven months pregnant when she answered an advert on Craigslist to buy baby clothes, but when she went to the purported seller’s home she was savagely attacked. She was beaten, cut open, and her baby girl was removed from her womb. The little girl did not survive but gave a gasping breath before she died according to reports.

The news, which must be devastating to Ms Wilkins and her family, brings the cruel reality of the denial of the humanity of unborn children into sharp focus.

It is profoundly disturbing to think that any mother who endured such brutality and unimaginable violence, now has to face the fact that her daughter’s killer will not be prosecuted for causing her death.

But, as Gualberto Garcia Jones, a lawyer with the International Human Rights Group, points out Colorado voters and legislators are to blame for this legal failure. Writing on Life Site News  he said:

“I have to say that I am very angry as I write this. I am sad too, but more angry at the lies and the political, media, and overall moral corruption that has made the tragic death of the child of the young Longmont mother, Michelle Wilkins, just another death in the long list of human carnage let loose by legalized abortion. “Less than five months after the people of Colorado voted down an amendment that would have recognized unborn children as victims of crimes, a particularly gruesome case like Michelle Wilkin’s comes along that again puts into context the brutal hypocrisy of the abortion rights mentality.”

He points out that a previous case, that of Heather Surovik’s baby Brady, who was eight month’s gestation when a drunk-driver caused his death also made headlines in Colorado when Brady’s lack of legal personhood meant the driver was not charged with his death.

But when Personhood USA brought forward an amendment last year to ensure the personhood of unborn babies, abortion campaigners unleashed the usual hysterical, well-funded, media-backed campaign to convince voters that the measure would ban birth control and criminalise women and doctors, claims which, it goes without saying, were absolutely untrue.

As Garcia-Jones so powerfully wrote: “the mainstream media and all other institutions that consistently undermine the humanity of the unborn child have to face the consequences of their abortion rights philosophy. When they argue against the inclusion of unborn children as victims of crimes for fear of recognizing the unborn child’s humanity, they cannot turn around and wring their hands when a child is brutally ripped out of a mother’s womb.

“Now, the District Attorney of Boulder County is ..stating that “the issues involving an unborn child are complicated under Colorado law. In most circumstances, if a child was not actually born alive, then homicide charges are not possible.”

“The law may currently be complicated, but it didn’t have to be that way. The child is either a person or it is not,” he continued.The unborn child is a person. Almost no-one, except the abortion fanatics who have too much control of the media and the political establishment, would want the woman who caused the death of Michelle Wilkins’ baby to escape the consequences of that crime.

But the truth is that abortion supporters have now shown that they would rather that vicious and shocking crimes go unpunished rather than acknowledge that an unborn baby is a human being.

By their fruits you shall know them.

Live Action have now revealed that the prosecutor, Stanley Garnett, had previously supported legislation to classify th”e killing of a preborn child as a minor felony instead of a homicide.

“In addition, Garnett has proudly advertised endorsements garnered from NARAL and Planned Parenthood, both pro-abortion groups that oppose recognizing preborn children as human beings. Garnett specifically cited ‘the important work’ Planned Parenthood does – work that includes opposing legislation that would have allowed for a murder charge in the Lane case’. Simply appalling.