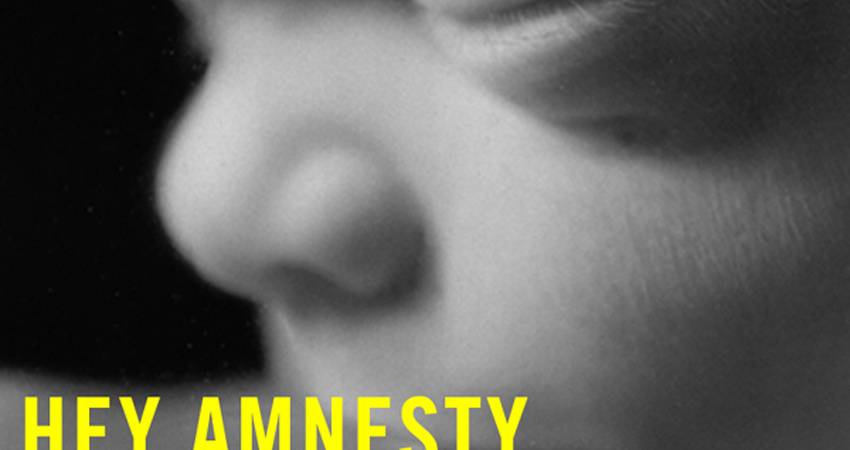 Expose Amnesty's support for the human rights abuse that is abortion

You can’t claim to be a human rights protector and then insist that lives of innocent children can be brutally ended. To its shame, and the dismay of many of its supporters, Amnesty International is pouring its vast resources into a global campaign to demand that Ireland legalise abortion.

Amnesty Ireland want abortion-on-demand made legal, and they want the constitutional rights of unborn babies to be completely stripped away. This makes no sense. As human rights abuses go, dismembering children must be one of the worst infringements possible. And as innocent victims go, unborn babies who can’t even raise their own eyes to defend themselves must be the most helpless victims imaginable.

As many former Amnesty supporters tweeted this week #AbortionIsTorture. There are many, many human rights abuses taking place right now across the world; people are being tortured, imprisoned and killed. Even as this is happening, Amnesty is putting its global network and financial resources to use to push for abortion.

Instead of seeking to have the medieval and brutal practice of abortion outlawed, they want it made more widely available.

The organisation’s well-paid executives came to Dublin this week for the slick launch of a huge advertising campaign demanding that international pressure be placed on Ireland and El Salvador because those countries have laws that protect both mother and unborn baby.

To support their call for the right to kill unborn children, Amnesty claim that they are seeking to protect women’s rights. But, they have refused to comment on the news that three abortion clinic workers in London have been charged with manslaughterfollowing the death of a woman from Ireland after an abortion in a Marie Stopes clinic.

They have made no criticism of the British abortion industry’s support for gendercide. And they have falsely claimed that Ireland’s constitutional protection of unborn children places the lives of women in danger, when Ireland’s maternal mortality rate is amongst the best in the world.

The Amnesty report makes the preposterous claim that Ireland’s ban on abortion forces women who have miscarried to carry their dead babies in the womb for months. Clearly the authors of the report didn’t spend much time on fact checking. The official guidelines in relation to managing miscarriage in Ireland clearly show that our laws in no way interfere with the ability of Irish doctors to adhere to best international standards when treating a woman suffering a miscarriage.

Amnesty’s report did not interview one women who regrets her abortion, and ignored the 90% of women in Ireland who do not choose abortion when their baby has a life-limiting condition such as anencephaly.

Women’s voices are only included, it seems, if they suit Amnesty’s abortion narrative.

When pregnancy becomes a crisis, we must offer women more than the violence of abortion. It is a travesty that Amnesty has turned its back on finding progressive and compassionate solutions to a women in difficulties.

Most people support Amnesty because they are inspired by the simple but powerful idea its founder, Peter Berenson, had, namely to engage ordinary people to write letters in support of prisoners and others enduring human rights abuses. (It’s worth noting that Peter Berenson and Sean Mc Bride, who founded Amnesty Ireland, were pro-life.).

But this week, on social media, and in letters, phone calls and emails, we heard from growing numbers of people who said they will never support Amnesty again. “As long as they are campaigning for abortion, they will never get another cent from me,” one student wrote. “What about amnesty for unborn babies? “

We need to expose Amnesty’s new role as abortion campaigners. We must bring public attention to the fact that an organisation that was once famed for protecting rights is now supporting the dreadful abuse of human rights that is abortion.

Every pro-life person must withdraw funding from Amnesty: because, since Amnesty has abandoned the protection of human life, we must now abandon Amnesty.

Because the right to life is a fundamental human right. And no amount of slick campaigning from Amnesty can change that fact.