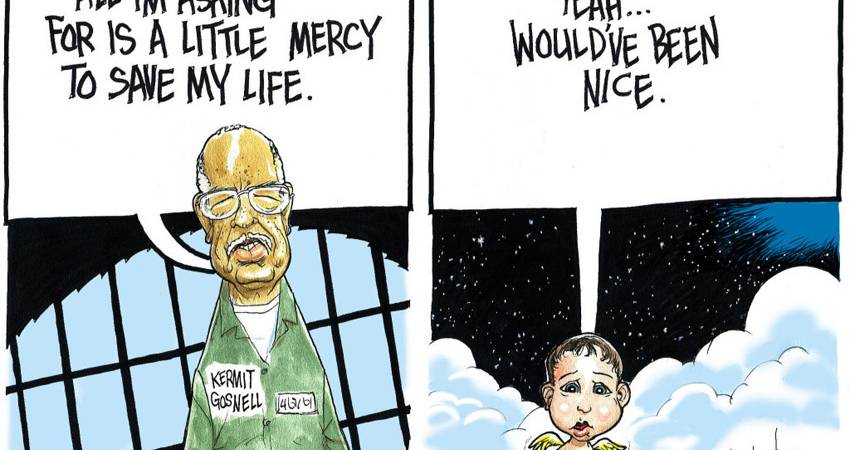 This week, the Irish Times – which is well known for rarely allowing any pro-life opinion to be expressed in its newspaper- ran a fascinating op-ed by Irish filmmakers Phelim McAleer and Ann McElhinney regarding the reality of abortion and their upcoming movie on abortionist Kermit Gosnell.

The couple admitted that they were initially fairly disinterested in the issue of abortion but that their experience making a feature film on the notorious American abortionist Kermit Gosnell dramatically changed their perspective.

Gosnell was a Philadelphia abortionist who became notorious after he was arrested for performing illegal abortions, and it was revealed that he was also delivering live babies and then killing them after they had been born in a clinic that was described as a “house of horrors”. Seth Williams, the Philadelphia District Attorney who dealt with the case stated, “My comprehension of the English language can’t adequately describe the barbaric nature of Dr. Gosnell”.

McAleer and McElhinney asserted that their experience in making this film has made them realize the importance in opening discussing the true nature of abortion if the issue is to be debated.

Their Irish Times article quotes actual abortionists who describe, in graphic detail, what the abortion procedure is actually like. For ‘early’ abortions, which campaigners like to claim are more palatable, the abortionist, Dr Karen Feisullin, caused the jury and many in the courtroom to shift uncomfortably “as they heard about ‘tools going up into the uterus and basically pulling parts out . . . an arm or a leg or some portion of that”.

“For later procedures, Dr Feisullin explained the foetus was so well-formed that it couldn’t be ripped apart in the uterus. It was normally removed – through the birth canal – completely intact. But, as Feisullin explained, a baby born at 23 weeks has a 40-50 per cent chance of surviving. To avoid a live baby coming out during an abortion, the doctor demonstrated how, before the abortion, a poison – potassium chloride – was injected through the woman’s stomach directly into the baby’s heart. This would stop the heartbeat, allowing the foetus to be pulled out intact,” the article continued.

Little wonder that McAleer and McElhinney wrote, “Those seeking to remove the constitution ban on abortion believe the best way to do it is to bring it out of the shadows in the hope that when people hear the details, they will support the liberalisation of abortion in Ireland.”

They conclude, “But our experience of the Gosnell case is that anyone who has learned more about the reality of abortion – the pulling apart of the foetus, the injecting of poison into the heart, the “comfort care” – has come away with only negative feelings about the procedure. It may be a case of be careful what you wish for.