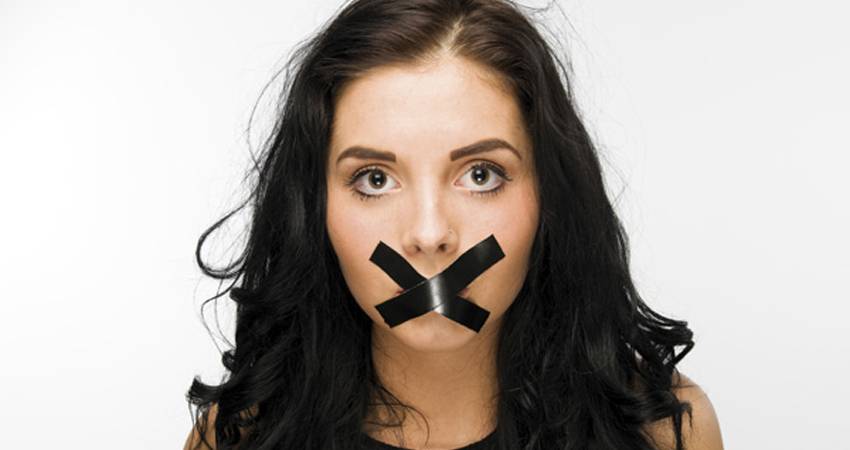 #JESUISCHARLIE? I THINK NOT.

I can understand why #JeSuisCharlie lit up the internet. The shootings at Charlie Hebdo were both horrifying and terrifying and people everywhere wanted to show support and solidarity, to stand for freedom and for freedom of expression.

And yes, I can believe that many journalists and politicians felt a genuine desire to express their shock at what had happened and to send condolences for those who had died at the French publication.

But the truth is that for most of the mainstream media, their use of #JeSuisCharlie is a hollow claim. Their actions have shown again and again that they only agree with freedom of speech when they agree with what’s being said.

This is especially true in regard to abortion, which produces more groupthink amongst journalists and the political establishment than almost any other issue.

They tend to take a simplistic view on the matter: abortion provision good, pro-life laws bad. Then they censor the pro-life message as best they can, using all the power and influence of the fourth estate to deliver an incredibly biased, one-sided, and unfair message on abortion.

Consider the case of the Irish media and the politicians they most favour: the smug, left-leaning, liberal, we-know-what’s-best types who were all posting #JeSuisCharlie but who only recently tried their best to smack down freedom of expression in Ireland.

People like Labour’s Aodhán Ó Ríordáin and Ivana Bacik. They led a call to have pro-life billboards taken down following the success of a Youth Defence advertising campaign – a call which was enthusiastically taken up by their comrades in the Dáil and in the media who wanted the law changed so that pesky pro-lifers wouldn’t be able to have their say and garner so much public attention to their cause. At the time, the Irish Times opined that abortion ‘wasn’t a billboard issue’: free speech, you see, only being as free as journalists decide it should be.

At the time, the Irish Times opined that abortion ‘wasn’t a billboard issue’: free speech, you see, only being as free as journalists decide it should be.

In fact, when abortion extremists went on to vandalise a small number of the same pro-life billboards, that vandalism was reported without criticism by the Irish media – indeed, in most cases, no comment was even sought from pro-life groups. When abortion campaigners then vandalised and smashed windows in the Youth Defence office, their actions were largely ignored by the same media. There is more than one way to censor and intimidate people; more than one way to deny free speech.

#JeSuisCharlie? I think not.

I could fill ten blogs posts with examples of the same: RTÉ’s recent radio programme which argued that pro-life groups had no right to form societies on college campuses; the same programme dictating that religious people needed to go about their faith ‘quietly’; Liveline refusing to let anyone speak in support of the right to life of unborn children with profound disabilities; the absurdly imbalanced panels on Tonight with Vincent Browne when it comes to abortion; the false implications made about pro-life schools’ programmes in the Irish Times; the Sunday Independent’s almost total exclusion of any pro-life comment after the Baby Hope case; the Irish Times’ censorship of the use of the term ‘pro-life’ as an editorial policy; the hysteria of the Irish media when Senator Jim Walsh described an abortion in the chamber, and many many more.

The Irish Times didn’t reproduce the Charlie Hebdo cartoons but ran with several articles expressing total and absolute commitment to free speech as a Very Important Principle. They were very much #JeSuisCharlie. Yet it’s not so long since their columnist Una Mullally wrote that a special watchdog should be set up to monitor and condemn anyone making statements she didn’t like which opposed same-sex marriage.

So much for the oft-quoted summation of Voltaire’s beliefs usually claimed as a badge of honour by many journalists: “I disapprove of what you say but I will defend to the death your right to say it.”

In reality, it’s more like, “I disagree with what you say, and me and my powerful media friends will defend to the death our right to make sure that no-one hears you say it.”

To these powerful news corporations free speech is a carefully apportioned privilege. In fact, not only does the mainstream media exclude the pro-life view, they also work to demonise and vilify pro-life people, and to cover up the reality of abortion.

So you will almost never hear an honest and open discussion about what abortion does to babies – Channel 4’s program in 2004 being a rare exception – and stories of public interest such as the ‘House of Horrors’ ran by late-term abortionist Kermit Gosnell are ignored by journalists worldwide lest the public learn the truth about the abortion industry.

Some commentators argue that free speech isn’t simply a matter of saying what you want and to hell with the consequences. They point out that many countries, including Ireland, have laws on hate speech, and one post on Facebook this week argued that hate speech legislation is merely a secular form of blasphemy laws.

Others say that freedom of expression cannot be shut down by those who claim to be offended because that’s clearly a subjective claim, and sometimes a claim driven by an agenda, but that begs the question as to whether a self-declared intention to be deliberately offensive is a different matter.

Almost 400 years ago, the poet and scholar John Milton, in his impassioned defence of free speech, Areopagitica, said that it was let best to “let [Truth] and Falsehood grapple” because Truth would not be put to the worst “in a free and open encounter”.

Clearly this is a debate that we have been having for a long time, and one that will continue. With so much upheaval in the world right now it’s a discussion worth having.

In the meantime, forgive me if I take all the #JeSuisCharlie posturing of the Irish media with a large pinch of salt. Their notion of a ‘free and open encounter’ is all too often a hypocritical distortion of what free speech actually means.