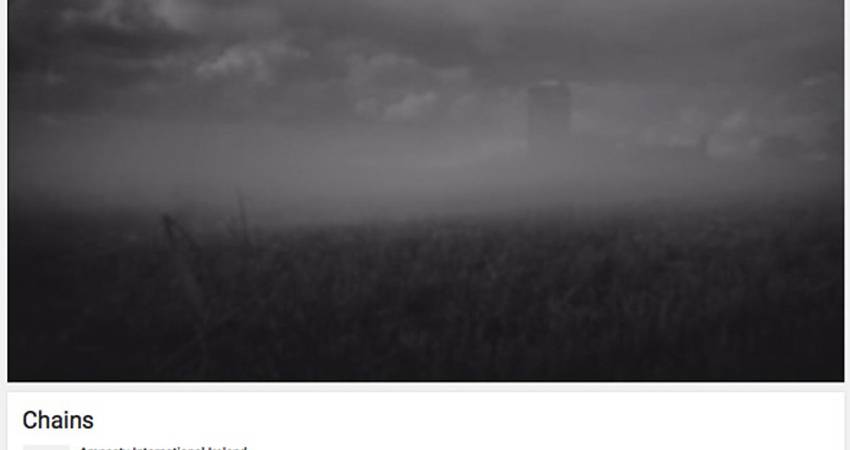 Well now, this is embarrassing. Amnesty’s pro-abortion video, featuring a voiceover from megastar Liam Neeson, has got a massive thumbs down from the public.

It’s pretty much a wipe-out, with four times as many people disliking the video than liking it. For obvious reasons, Amnesty stopped allowing comments on the video – titled Chains – pretty soon after its launch.

That’s a major rejection from the very demographic Amnesty claim to represent: younger, internet-savvy, human rights advocates who Amnesty obviously felt would love this celebrity-endorsed propaganda piece, and go on to share the heck out of it. Instead the response to the video has revealed that Amnesty’s abortion push is actively disliked on a level that the organisation would surely have rather kept out of public sight.

So why did this clumsy piece of pro-abortion propaganda get such a massive thumbs down. Here’s 4 possibilities:

The first time I saw the video I actually laughed out loud. It seemed like a bad parody, but it wasn’t. It’s just an awful video.

There’s a cringe factor to it that must just push people to click that thumbs down button. The ridiculously creepy music, the camera panning the broken-down graveyard, the farcical script (seriously Liam Neeson what were you thinking?), the preposterous attempt to make modern Ireland seem like a living nightmare: a country in the grip of a Gothic horror as a ‘ghost’ – the 8th Amendment which protects unborn babies and their mothers – “blindly brings suffering, even death, to the women whose lives it touches”.

What complete rubbish. Everyone knows this is not true. The video didn’t resonate with people because they didn’t recognise Ireland in this over-blown distortion of the truth. It also smacked of crude propaganda – and of the kind of vicious stereotyping of Irish culture and values which was previously all-too-familiar in the country where the video’s creator now lives.

It also smacked of crude propaganda – and of the kind of vicious stereotyping of Irish culture and values which was previously all-too-familiar in the country where the video’s creator now lives.

But most of all Chains is just a really bad video. So bad, it makes you cringe, and feel just a little embarrassed for Amnesty.

Like much of Amnesty’s aggressive abortion campaign the video is fundamentally dishonest. The organisation has already been called out by a group of Senior Obstetricians for ‘misrepresenting’ Irish medical practise and for making “unwarranted and unfounded allegations” against doctors which “are not supported by factual evidence”.

The video claims that Ireland’s abortion ban has caused women to die, which is simply not true. In 2013, a Parliamentary Inquiry heard top medical experts confirm that not one woman had died in Ireland because she was denied medical treatment due to our abortion laws. Ireland is, in fact, one of the safest places in the world for a women to be pregnant according to the UN, and our maternal mortality rate is lower than Britain – whose abortion regime Amnesty wants us to emulate.

Irish women are not stupid. We’ve had babies, miscarried babies, had cancer, suffered ectopic pregnancies and much more during pregnancy while the 8th Amendment is in play. We know that our lives were not endangered by our ban on abortion, and we can recognise manipulative, dishonest, scaremongering when we see it.

3. IT SMACKED OF AN ANTI-CATHOLIC OBSESSION

Broken down churches and crosses – Amnesty didn’t even try to be subtle. In this video, Catholicism is clearly the root of all evil, while abortion is a supreme good. They could have at least tried not to mix their messages.

Amnesty’s founder, Peter Benenson, was apparently a devout Catholic. I’d suggest he must be turning in his grave, but I’m afraid the poor man might end up making an appearance in Chains 2.

You could line up every film star in the planet to make Amnesty’s pro-abortion propaganda, but it wouldn’t make abortion more palatable.

That’s partly because abortion is not embedded in Irish culture – in fact the number of abortions being carried out on Irish women in the past 13 years has fallen by a massive 45%, and our abortion rate, the proportion of babies conceived who are killed by abortion, is low at 5%. In Britain it’s a heart-breaking 21%.

(Amnesty and their fellow abortion extremists act like our low abortion rate is a bad thing, or at least they never, ever welcome the fact that fewer women are undergoing abortions whereby they are exploited and the life of their baby is summarily ended.)

Neither, to be honest, do most people feel that celebrities should tell us what to think about abortion. The evidence that abortion kills children and hurts women is irrefutable. No amount of movie-star voiceovers can change that.