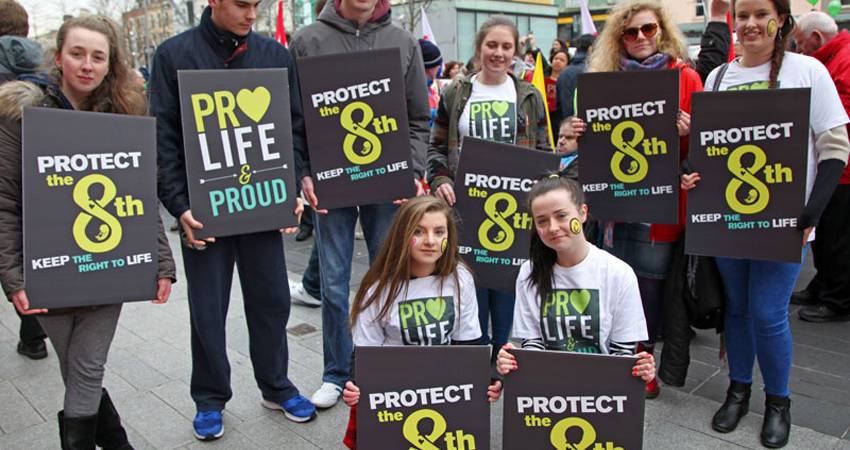 Last weekend, I had the privilege of attending the Munster Rally for Life in Cork City. I had been to the Dublin Rally before but didn’t know what to expect at the Rally in Cork. Would enough people show up? Would we even feel like marching if the election results were dismal (votes were still being counted at that time)?

I should not have been worried. The people of Munster did not disappoint.


I was honestly so surprised and delighted at both the turnout and the message of the Rally.The pro-lifers of Munster were in fine form and really came out to show their unwavering support for the cause of life. Until minutes before kick-off, I was wondering how many would show, but then, right on time, a tremendous wave of pro-life people seemed to spill without stopping out onto the Grand Parade.

When the Rally began to march, I looked out onto the seemingly endless line of marchers making their way through the centre of Cork – each of them unashamedly proclaiming to be pro-life and proud.

When the Rally began to march, I looked out onto the seemingly endless line of marchers making their way through the centre of Cork – each of them unashamedly proclaiming to be pro-life and proud.

The sight was so impressive. Everywhere you looked there were signs and flags and banners each with the same core message – the people of Munster have not bought into the lie that Ireland needs abortion.The new posters, tshirts and posters were extremely eye-catching and carried a core message to Protect the 8th to Keep the Right to Life.

The commitment and the determination of the pro-lifers from Cork, Clare, Kerry, Limerick, Tipperary, and Waterford was awe-inspiring and the crowd, which was filled with young and old alike, was enough to make me see that the Irish people are truly determined to protect the most vulnerable in our society.

There was a wide range of speakers including Bernadette Goulding, a post abortive mother, who now counsels other women who have gone throuh the trauma of abortion, and FIona, a mother whose baby was born with a life limiting condition who spoke of her love for her son, Andrew, whose life was tragically shortened by anencephaly. She said that it was appalling that children like her son were being used to justify abortion and that families of children with serious disabilities deserved better. Dr. Eoghan de Faoite called out the Labour Party for their unprecedented attack on the unborn and pointing out that their demise is hardly surprising considering their outrageous and aggressive support of abortion. The crowd were told that “A party that supports abortion on demand is no longer a party in demand” to huge applause.

A huge image of the 1916 Proclaimation (put up by Cork City Council) provided an amazing backdrop to the stage, and each speaker addressed an enthusiatic crowd and proclaimed a message that those men who fought and died in 1916 would surely have appreciated: every person – regardless of stage of development or physical ability – has an equal and inviable right to life that cannot be taken from them by anyone. As we move forward with a new government, that is a sentiment that we will carry before us.