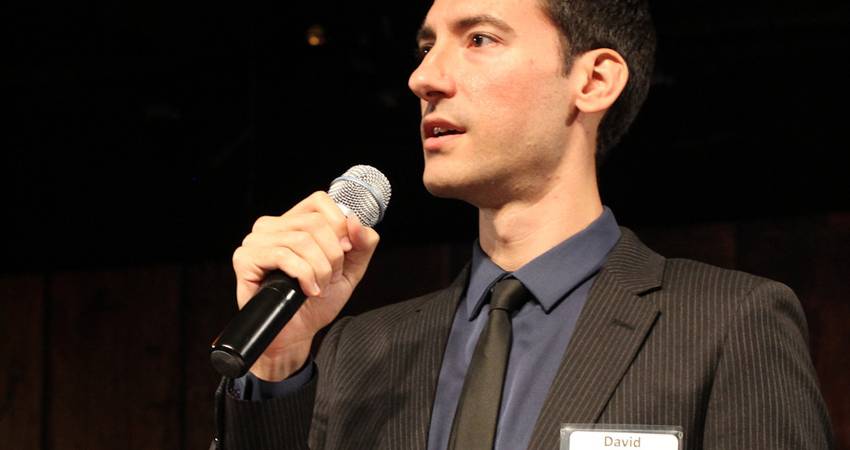 David Daleidan: The man who knows too much

Shoot the messenger. It’s the oldest trick in the book.

For abortion activists, this is sweet, sweet revenge. They spent 2015 making sweaty, panicked press statements insisting that they did not sell baby parts, they did not do anything illegal, and they would be cleared. Then they admitted that they did sell baby parts, but not illegally. The news that a Houston grand jury has decided to indict David Daleidan, the undercover journalist in charge of the Center for Medical Progress, along with his colleague Sandra Merritt, has Planned Parenthood and the “progressive” media cackling hoarsely with relief.

They had a pretty good idea things might turn out this way. Obama’s Justice Department was never going to touch Planned Parenthood or the abortion industry. Planned Parenthood is probably the only thing the Clintons have ever been faithful to. And oh, yeah—a prosecutor working in the Harris County District Attorney’s office, the very office that was conducting the Planned Parenthood investigation, just happened to also serve on the Board of Directors for Planned Parenthood. When one bloodstained hand clasps another in friendship, they tend to congeal together.

The indictment is disgusting and every thinking person can see it. Rather than indicting Planned Parenthood for selling fetal body parts, the grand jury prefers to indict the whistleblower for revealing this cash-for-parts graveyard by claiming that it was Daleidan engaging in illegal, body-buying behavior. They know this is not the case. Everyone knows it.

But if they can slither through various loopholes and find a way to silence Daleidan, they will.

Even if they have to ignore the fact that for there to be a buyer, there has to be a seller. Not to mention a supplier. Now there’s a question everyone is ignoring: Who is dismantling the babies?Already the media’s counteroffensive is roaring. “FYI, Planned Parenthood does NOT harvest baby body parts,” the Huffington Post crowed, accompanying this with an appropriate emoticon featuring a monkey covering his eyes. The problem is, that particular point was never contested. Planned Parenthood never denied harvesting organs from dead babies. They simply denied that they were doing anything illegal. They claimed that the money they received for these fetal organs simply covered the cost of shipping the brains and livers and hollow corpses to the Frankensteins awaiting them on the other end. That was the fact that the media tried desperately to ignore.

And that is what the abortion industry and the media simply do not understand. The millions of people outraged by the macabre decapitating, dismembering, and disemboweling for profit was not whether or not Planned Parenthood might be following the letter of the law, such as it was. We all know that the law is allowing horrifying things to take place on a regular basis. That simply makes it more horrifying. That makes it more grotesque. That injustices occur, we all know. That Lady Justice can endorse them is something else entirely. She is supposed to be blind, not blood-drunk. Not a participant.

This is what I’ve been telling those who read my painstaking reviews of the leaked footage from the National Abortion Federation conference and howled that everything is legal and the footage is edited and this is all hoax. This is raw footage, I replied. I had to watch hours of it. And whether or not this is legal, listen to these abortionists.

Listen to them talk about burning babies and headless children and empty eye sockets and pillaged corpses.

It was brutal to watch. I cannot express how much I admire Daleidan for going through years of undercover work, listening to casual conversations about cadavers and killing.When I met Daleidan and a mutual friend one November evening in a little café in Laguna Beach, I had no idea that he was living a double life posing as Robert Sarkis, buyer of fetal body parts. It was not until he told me a few months later that I realized he was on the brink of the most explosive exposes the pro-life movement had seen in years. And it was not until I watched hours of banal and brutal footage this past fall that I realized what he had been living through, day in, day out. He saw too much, he knows too much, and now the abortion industry and their media propagandists are going to try and destroy him.

It’s far too late for that. Only their allies will believe them. The truth is out. They’re going to fail.