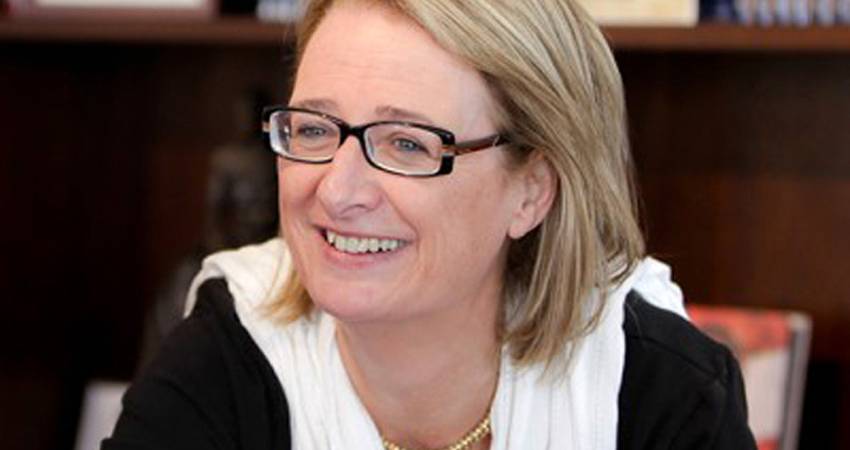 Irish filmmaker Ann McElhinney recently returned to Ireland with a powerful and direct message that is not heard often enough: the reality of abortion is both ugly and violent.

As she explained in the Irish Times “D&E (dilation and evacuation) is used for second and third trimester abortions. During Gosnell’s trial Dr Karen Feisullin, a respected abortion provider, wanted the jury to understand what a proper abortion was like. This is part of that testimony.”

“McMahon: ‘From what I’ve seen, and you can correct me, you obviously know more about it than I do, the evacuation process can be one where tools are used and the pieces are pulled out; right?'”

“McMahon: ‘And you might pull out an arm or a leg or some portion of that?”

She also explained how “with larger babies it is necessary to deliver the baby breached and then suction the brain. Dr Feisullin told the jury, ‘A suction catheter is inserted at the base of the skull to remove the contents of the head because the head is the largest part of the body that sometimes get stuck and the brain is suctioned out, grey matter is suctioned out, the skull collapses and it comes out easily.'”

And she tackled the pro-abortion argument that it is somehow more palatable to kill babies early in pregnancy.

“Early abortions are no less gorey. In these early abortions a suction machine is used. The suction machine uses the same principle as a vacuum cleaner. It is then the job of a junior assistant to empty the jars that fill when the machine is turned on. Assistants need to reconstruct the baby from the contents of the jar to ensure that all the pieces have been removed. Any baby parts left behind could become infected and cause toxic shock. They literally have to find two arms, two legs and the rest and put all the pieces together.”

This makes for horrific reading, but that’s the whole point. Abortion is horrific, and there has been a concerted effort by abortion campaigners to keep that reality from the debate on repealing the right to life of unborn babies.

Ms McElhinney got people talking about the reality of abortion. She didn’t sugarcoat the issue and she didn’t bow to media pressure to downplay what abortion actually is.

Ms McElhinney got people talking about the reality of abortion. She didn’t sugarcoat the issue and she didn’t bow to media pressure to downplay what abortion actually is.

She didn’t hide that fact that abortion is a thoroughly unpleasant and bloody business.This is made all too obvious in the case of Dr. Gosnell – the man that McElhinney and McAleer describe as “America’s biggest serial killer.”

Kermit Gosnell is a former Philadelphia abortionist who made headlines worldwide in 2011 when he was arrested after his clinic was raided.  The Grand Jury reportinto the incident described his clinic as a “house of horrors” and “by far, the worst” that the experienced investigators had ever seen. The public was shocked when reports were released that detailed how jars of baby body parts filled the clinic and how babies had been viciously killed both before and after birth.  Gosnell was eventually tried and sentenced to life in prison.

While not every abortion clinic is exactly like Gosnell’s, they are very similar in that the same activity is conducted in every abortion facility.  A human life is deliberately and tragically ended.

Youth Defence recently released a video on the reality of “repeal” explaining how seemingly inoffensive words are used to disguise horrific truths.  So far this video has had more than 370,000 views on Facebook.  People are seeing through the lies put out by the media and abortion advocates and recognizing that the effort to repeal the 8th amendment is truly an effort to open the door to abortion on demand in Ireland.

Some may argue that the unadulterated reality of abortion (including graphic images or vivid descriptions) should be avoided as they can upset sensibilities.  While it is true they are upsetting, they can also save lives.  Recently the office received a message from a young woman who had walked by a pro-life street session and seen the pictures of the victims of abortion and been shocked by them.  When she discovered that she was unexpectedly pregnant a few weeks later, she thought back on the pictures and realized that, no matter what, she simply could not have an abortion.

Even when the reality is unpleasant or even horrible, disguising the truth is so much worse.  It is so important that we remember this and, despite the pressure from the media, never be afraid of speaking the truth and showing the reality of abortion.

The battle to save the 8th is on. The reality of abortion needs to be at the heart of that.