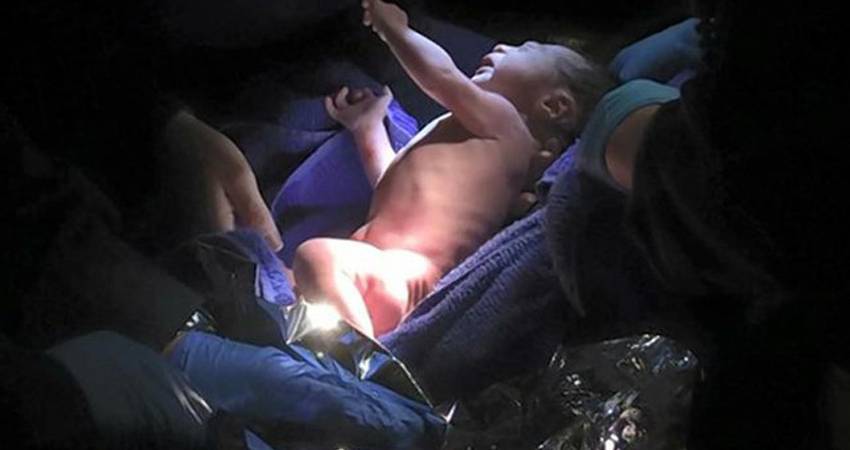 Safe Haven: Give this new life a future

On Wednesday, 25th. November 2015, various media outlets carried news of the discovery of a new-born baby in the manger of the Christmas crib in the Holy Child Jesus Catholic church in New York city. Under New York state law, a parent may abandon a newborn anonymously at certain designated safe locations, such as a church, hospital, police or fire station, without fear of prosecution as long as the baby is handed over to an appropriate person.

It might be tempting to judge this woman harshly and wonder how she could abandon her new-born child. Some might even ask why she did not have an abortion given that abortion is readily available in New York city where 37% of all children conceived are aborted.

I would rather think of this act of abandonment as the desperate act of a vulnerable, frightened and lonely mother. According to later news reports, she felt her newborn child would be found safely in the church and chose to place the baby in the manger because it was the warmest place in the church. She also returned the following morning to make certain that the baby had been found.

Our hearts should go out to her. None of us knows what the decision cost her. Her baby son now has a good shot at life, not least because several people in the parish have expressed an interest in adopting him. People are showing a readiness to help and welcome this baby into their midst, calling him a ”miracle” and ”gift” to their parish. He is also being called Emmanuel meaning God-with-us (Isaiah 7: 10-16; Matthew 1: 23).

The whole incident brings the Christmas Gospel to life and reminds us of the child who was wrapped in swaddling clothes and placed in a manger (Luke 1:6-7), and who was carried into exile in Egypt because of the immediate danger to his life (Matthew 2: 13-15). In many ways, the vulnerability and poverty of this mother and her child are echoes of the vulnerability and poverty of the Christ-Child and his mother. Her act of faith and abandonment is a powerful reminder of the Incarnation; God-with-us, a God who emtpied himself, who became Man and who knows our vulnerability, powerlessness, fears and poverty; a God who invites us to welcome him in our vulnerable brothers and sisters with generousity, openess and mercy (Matthew 25: 31-48).

It also raises the question of how we receive women facing crisis pregnacies in this country? Is there a place of welcome? Support? Or is abortion offered as the solution?

Maria Forrestal is a pro-life activist. She is engaged in ministry amongst post-abortive women and men. She is vegetarian and was a very active member of Amnesty International from 1984 – 2007. An Irish woman, she currently lives in Scandinavia where abortion is available from 12-18 weeks, depending on where one lives (eg. the limit is 16 weeks on the Faroes, 18 weeks in Sweden, 12 weeks in Denmark but also allowing for later abortions on application).