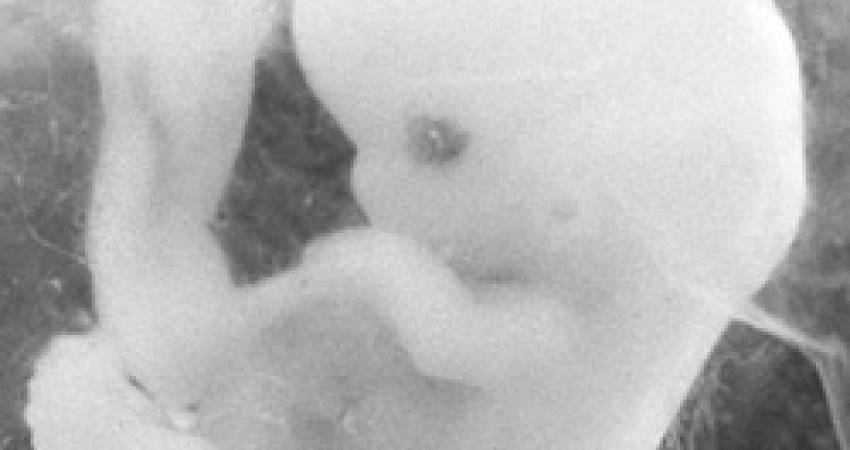 A deeper basis for being "pro-life"

I was struck by an article in The Avondhu by Donal O’Keeffe (30.05.17), ‘If abortion really is murder, why no “pro-life” pickets at ports and airports’. I believe it conveyed a rather poor and misleading impression of pro-life people and while I appreciate it’s an opinion piece, it deserves a right of reply.

This is especially so now that abortion is to be the subject of a referendum and therefore of national debate.

I write as a pro-life voter and as someone who will campaign for retaining the present constitutional protection for unborn life. The starting point for my conviction on the topic of abortion is my Catholic faith. You won’t find the term pro-life specifically in the Bible, or in standard theology, although you will find plenty there to show that abortion, being the deliberate taking of an unborn life, is always wrong. Our conviction flows from an even wider truth about the sanctity of life as something which is God given and not ours to freely take away. We see a duty to tend the sick and the dying, the victims of famine and war. We see also a duty to care for the most vulnerable of all in today’s world; the child in the womb. In many nations their right to life is sadly not guaranteed.

St Laurence, Deacon at Rome and third century martyr was once ordered to hand over to the Emperor the treasures of the Church. He asked for some time to assemble the treasures and this was granted. The Prefect came as arranged at the appointed time expecting to receive gold and other possessions to add to the Roman coffers. Instead Laurence had gathered together a large number of the poor, the sick, the blind and invalided among Christian believers and pointing to them declared to the Prefect: “Behold the treasures of the Church.”

The modern State will frequently look at the unwanted and perhaps seriously ill unborn child, at those conceived through rape or otherwise deemed a burden and see them as candidates for abortion. It may look on the terminally ill and elderly as subjects for whom euthanasia is the most suitable option. The Church will see them in a different light, will assert their humanity and will say with Saint John Paul 11 – “When God gives life he gives it forever.” It is this conflict of views on the nature, origin and purpose of life which is at the center of the debate on abortion.

While religion informs the views of many on abortion, science surely confirms the pro-life position. It tells us that approximately three weeks after fertilization the heart begins to beat, while a week later it has between 105 and 121 beats per minute. Between three and four weeks in to a pregnancy the body plan emerges. The design of the central nervous system becomes evident. Chest and abdominal cavities begin to be formed as do the linings of the digestive system and respiratory tract. The claim that “abortion stops a beating heart” is not an empty slogan, it is a medical and scientific fact.

How will Church membership and participation influence the referendum vote?

Church attendance remains the largest voluntary assembly of Irish people on a weekly basis. A survey by Amárach Research in 2012 entitled ‘Contemporary Catholic Perspectives’ found that 35% of those interviewed attended Mass weekly with a further 10% attending 2 to 3 times per month. A mid-point of these numbers points to approximately one million adults. Add to this the significant number of attendees of other Christian communities and faith groupings who likewise oppose abortion and you get a formidable demographic. United, motivated and electorally engaged, it has the capacity to defeat the referendum.

In case anybody thinks abortion is just ‘a Catholic issue’, the Presbyterian Church in Ireland has issued a very clear rejection of the idea of abortion on grounds of so called Fatal Fetal Abnormalities or where conception follows rape. On the former it states “we hold that the taking of a child’s life in the case of FFA cannot be justified”. On the subject of rape, it says: “the horror of the offence of rape does not detract from the fact that a human being has been conceived and its rights are unaffected by the circumstances in which it came into existence”.

The proposal to legalize abortion may yet prove a tipping point in attitudes across a spectrum of religious affiliations against a political establishment which continues to promote an aggressive secular agenda.

Have you noticed how abortion advocates never mention the unborn child and even rarely mention the word mother? For them there is no child, at least not in the sense of a human life that deserves protection and the opportunity to be born. They regularly object to the public display of images of the very thing they are campaigning to introduce. In their ideal Ireland it would be fine to show images of lung cancer as a deterrent to smoking but not images of what would go on behind the closed doors of abortion clinics. The pro-life movement on the other hand puts the mother and unborn child at the centre of the debate just as Article 40.3.3. acknowledges the right to life of both.

A unique call is being made on the Irish people; to reaffirm that we are a country that does indeed cherish all its children equally or, and we hope it will not be the case, to reject the right to life of future citizens.