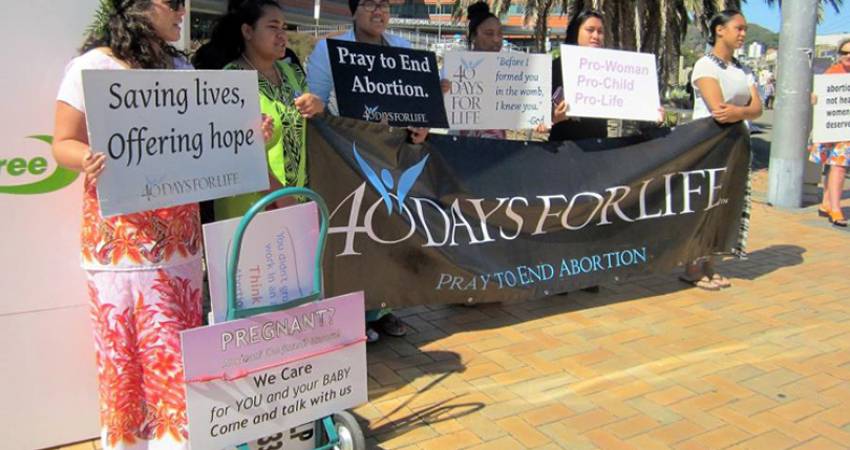 Abortion on demand is not the answer New Zealand needs

I wrote this over the last couple of days after having enough of seeing article after article from New Zealand media pushing for abortion on demand in response to statements from our Prime Minister and a recent poll showing roughly half of the population is in favour of a woman having the right to choose to have an abortion for any reason.

Over the past couple of weeks the New Zealand media has been in a frenzy over a statement by Prime Minister Bill English, and the release of survey results on the population’s attitude to abortion law.

An array of different news media are pushing for abortion law to be decriminalised shortly after newly appointed Prime Minister Bill English responded to pro-abortion advocates by stating he believed current abortion law regulating abortion was working just fine and did not need an overhaul. Amidst the media backlash that ensued, New Zealand’s oldest and fiercest abortion enthusiasts, the Abortion Law Reform Association (ALRANZ) released results of the poll they’d paid to have done on Kiwi’s attitude to abortion legality.

What’s surprising from the results of that poll is not the roughly even split of opinion on the matter, but the drivenness of media outlets to claim the results as proof that the vast majority of New Zealanders are pro-abortion.

In contrast, the results show that while support for the mother choosing abortion for more extreme reasons, such as pregnancy caused in a rape situation, mother likely to die or baby’s disability, is expectedly high, support for the mother having an abortion for much more common reasons like failure of birth control, financial reasons, or just a lack of desire to be a mother were followed by percentages that are roughly an even split of 50% against and 50% for the woman being approved for abortion.

What is unsurprising is that NZ media is using these results as leverage to push for abortion on demand.

The media’s drive for abortion on demand comes at a perfectly strategic time.  Previous Prime Minister John Key, a long-time leader who had high approval ratings shocked the nation by resigning in late 2016, recommending MP Bill English to take his position.  It is onto a nervous and deeply impressionable public that this push for abortion law liberalizing comes then, as the nation prepares for the upcoming election in Septmember this year and determines whether Bill English is worthy of their vote.  By putting the spotlight on the Prime Minister and calling him ‘out of touch’ with the reality of a majority pro-abortion population the media seeks to sway votes toward political parties that support liberalizing abortion law.

To this end, abortion advocates in the media are tripping over themselves to find the most damning language for the Abortion and Sterilization Act 1977, denouncing the abortion law using such words as, ‘farcical’, ‘inadequate’, ‘cumbersome’, ‘archaic’, and ‘hypocritical’, to name a few. What they’re particularly irritated by is that under the current law abortion is a criminal act with only two notable exceptions.

And so the abortion advocating media’s irate response to Bill English’s statement is understandable. Such people know of people who have had an abortion, or sadly they themselves are one of the one in four Kiwi women who have had one or more abortions. Almost all of the 13,000 abortions done in NZ in 2016 were ostensibly undertaken on the grounds of the mother’s mental health, and only a small number were for the other exception, foetal disability. Those personally affected by abortion and seeking to legitimize their beliefs understandably feel cagey about a law that is itself embedded in the Criminal Code, whose strict criteria must be circumnavigated by doctors seeking to allow women abortions. Simply put, it makes everyone involved feel dirty.

Which is why, in the abortion advocates’ camp, there is a strong sense of triumph over the revelation of high numbers of New Zealanders supporting abortion: the narrow majority support amongst the population provides their beliefs, and for some, their direct involvement a stronger perceived legitimacy.  But is majority support for abortion really proof of a nation coming to a solid and rational decision on this fraught issue?  Is the NZ population finally coming to a clearer, firmer position?  Or is it more likely that the majority of the New Zealand public have destroyed their own objectivity in this debate by becoming so heavily invested in the process of abortion.

Passionate advocates for abortion constantly plead for  NZ law to reflect ‘reality’.  They don’t want something that they, or their children, or their grandchildren, or their friends have done to be even legally considered criminal.  It’s discomforting and makes them angry that the law has to be misapplied in order for the current number of abortions to be approved. They want the law amended to reflect current attitudes and practice.

Pro-lifers hold vigil at an abortion centre in New Zealand

What they haven’t considered is that the survey was stacked. Over the decades since abortion was made legal, Kiwis have been increasingly impacted by abortion. It has affected them directly, or through their partners, their children, their friends at school. In the year 2017, to condemn abortion is to condemn ourselves, our family, our friends, our nation. And it’s proving increasingly hard to do, as the survey results show.

The law needs to take into account the countless records of emotionally and mentally scarred women who struggle to function for years after their abortion. The law needs to recognise disabled children as deserving of protection and nurture.  Destroying the next generation of children is evidently a self-defeating act for a nation. The way forward is to step out of our group-think bias and consider what abortion has done for our country, and what values we really want our laws to reflect.