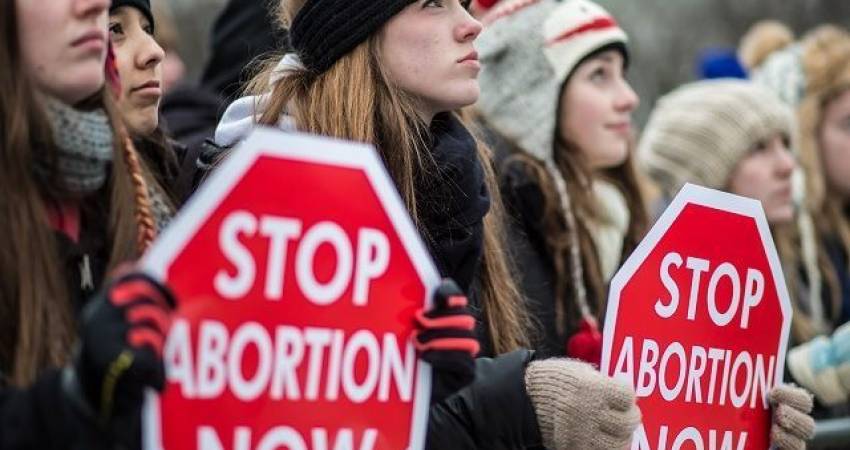 Here’s a situation that is aggravating and bewildering: at a time when the United Kingdom’s National Health Service (NHS) is chronically underfunded, and the funds given to the most basic healthcare services are constantly being slashed, the same government has a £200 million budget to promote ‘reproductive and family planning’ (read: widespread use of contraceptives and abortion) education and services in developing countries.  The logic, put simply, is as follows:  poverty and all its accompanying symptoms can be significantly lessened by women the world over accepting and using contraception and abortion.  When women are having just one or two children (pro-aborts are gleeful that this is almost invariable when women are educated) the world population will eventually go into decline, and thus the money will be spread more comfortably around everyone, eliminating poverty.

The UK itself is the second biggest funder  after the United States of aggressive overseas programs that seek to reduce the world population (to his credit, President Trump was admirably efficient in removing all funding for these programs on gaining office). In 2010, the UK government’s biggest donation to the cause of worldwide use of contraception and abortion was £90 million, the greatest amount ever spent by the UK government in a single year – and certainly a quantity that could have been channeled towards struggling medical services throughout the UK.  Perhaps the single biggest player, the UN works side by side with the UK, together with many other nations, foundations and NGOs in a comprehensive effort to inhibit population growth by means of providing access to contraception, the awareness and ability to use it regularly, and provision of abortion, that is, the destruction of the unwanted unborn child.

However, one dissenting voice has been heard recently that protests these widespread campaigns: the voice of the British people.  The results of the biggest poll undertaken in the last decade on UK public opinion on abortion law have lately been announced, and the results are breathtaking. In a world where pundits, journalists and celebrities’ opinion masks the true attitude of citizens, it is refreshing to hear the actual viewpoints of the UK populace.  One in three UK women have had one or more abortions, yet 65% of those surveyed disagreed with taxpayer money being used so generously to fund the same services for disadvantaged women overseas. Just under that number, 60% supported stricter laws surrounding abortion, with 70% of women desiring the current six month limit on killing the unborn child be reduced, and 93% of the belief that women deserve to have counselling from an independent source that has no financial incentive, rather than from the money-hungry abortion industry.  What is obvious is that, while there are some mechanizations of democracy still in use, the attitude of the UK public has no leverage against the aggressive propaganda from the UN, and the intense near-global effort to collapse the burgeoning world population.

‘The blood-dimmed tide is loosed, and everywhere

The ceremony of innocence is drowned;

The best lack all conviction while the worst are full of passionate intensity.’

Of course, there are a number of assumptions underpinning the actions of world leaders in these matters.  In order to be likewise convinced that there is such a need for these campaigns, we would have to be confident that reducing world population is the key to ending world poverty.  But even if we agreed that significantly reducing the world population could solve the world’s greatest problems, it would remain an untenable and ethically perverted line of action.

God’s opinion remains clear: in a singularly trustworthy, accredited source and reaffirmed by the historical figure, Jesus Christ, God’s Son, he informs us that people are more precious than can be measured, as they have God’s likeness stamped on them, and that there is a general command for all people that we marry, multiply and fill the earth.  Any efforts that try to decrease population by campaigns are controlled by the idea that people are a menace and should be mostly eradicated, a proposition that the devil himself would cheer for, given his obvious hatred of humanity.

This in itself should be enough for us to disagree with funding family planning efforts overseas, but there is a mountain of well-documented evidence to show that the decline in fertility around the world is in many countries well below replacement level, and the net result of widespread birth control use is already beginning to unleash devastating consequences.  The simple fact is, if a country produces, for example, 1.5 children per couple, as is the case in Germany, that nation will soon have a skewed ratio of older people to younger people, straining the capability of the young taxpayer to pay for the care of the elderly.  Across the world, fertility is declining dangerously low due to pervasive contraceptive use. In many countries, as in Japan, the nation is in irreversible decline, meaning that there is nothing that can stop Japan continually losing population, with no growth to offset their losses.  Rather than a reduction in world population ushering in freedom from poverty the reverse is true.  Reducing fertility rates globally will eventually send countries into irreversible economic decline.

Surely it is past time for the UK government to listen to the opinion of its citizens, to discontinue massively expensive overseas campaigns for family planning and redirect the money to our woefully underfunded health system.  Most of all though, it should think twice before introducing into other countries what has been so painfully damaging in our own country: the availability of synthetic contraception and the use of abortion to further do away with the possibility of unwanted children.  To conclude with a brief anecdote: this evening, having put the children to bed and enjoying a rare moment of peace and quiet, I finished up the housework by washing the floors.  I had a chance to reflect once again on abortion, but with that startling freshness that sometimes stuns me, I couldn’t at all comprehend how abortion can even exist, how it is possible that this happens.  The one thought that came into my mind was – how could I even explain this action of grown-ups to my fresh-faced, innocent, trusting daughter?  How can anyone who is pro-abortion equally explain, without difficulty, the supposed need for abortion to their likewise innocent, trusting children?  Where explanation is so difficult, surely this is something we should not be supporting in other countries.