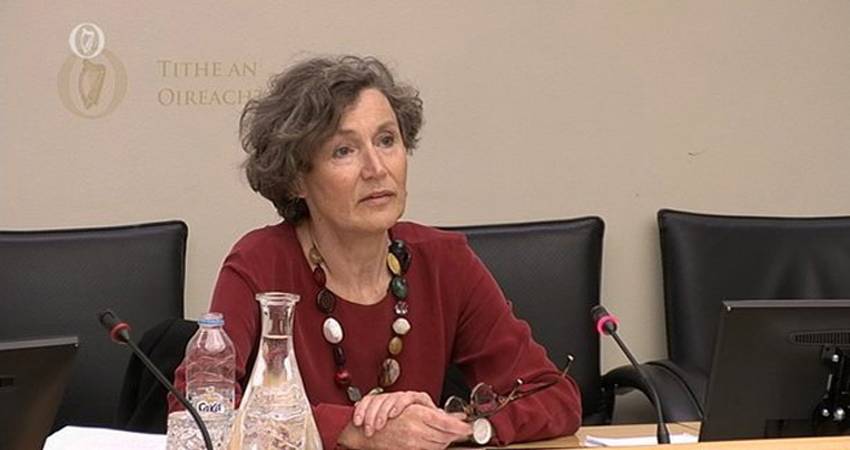 So did you hear the one about the professor who goes into a Dáil Committee.

She says that “that the mental health of every person in Ireland is being damaged by the Eighth Amendment”.

There is no punchline. Professor Veronica O’Keane's claim is beyond a joke, but in the bizarre world of the Oireachtas Committee on Abortion it doesn’t really seem to matter what you say as long as you are cheering for abortion.

Veronica O’Keane is a psychiatrist, and here’s the thing about expert medical opinion: it’s meant to be evidence-based so that medical experts won’t throw out ridiculous claims which aren’t backed up by rigorous research.

When Prof O’Keane made this bizarre claim, she should have been rigorously challenged by the TDs and Senators who keep telling us that they are at the Committee to learn and to listen to the evidence. Instead most of the Committee members, predictably, shouted down any such challenges to the bizarre and unprofessional claim made by Prof O’Keane.

It’s worth repeating that ridiculous statement again: the mental health of every person in Ireland is damaged by a clause in our Constitution which protects the right to life of both mother and baby.

Surely Prof O’Keane would have some research, some rigorously tested medical evidence, to back up her extraordinary claim.

Independent TD, Mattie McGrath, asked O’Keane if she had undertaken any research to back up her claim. She replied that she didn’t, but that she was a specialist and that this was her opinion.

I believe in layman’s terms that this is equivalent to saying  ‘it’s true because I say so’, or ‘trust me, I’m a doctor’.

It’s also called making an unprofessional and unsubstantiated claim in a public forum about an issue of national importance – not something  medical experts are meant to do.

We now have a better understanding of mental health and of damage to mental health. We understand better, I believe, the darkness of depression, and the pain of death by suicide for everyone involved.

So when a doctor comes out with this sort of trite, attention-seeking, unprofessional claim it actually diminishes the public’s understanding of what really causes damage to mental health.

We all have mental health damage from the 8th amendment? It’s not just a sweeping statement, it’s an insult.

This country has been traumatised by austerity and by the effects of an economic crash for almost a decade. The National Suicide Research Foundation undertook a study which showed a marked increase in the numbers of men and women who have died by suicide in the economic downturn, and cited factors including financial pressures and personal debt.

Even with this research, no-one tried to make the claim that the mental health of every person in the country was damaged by austerity.

Yet Veronica O’Keane can say we are all damaged because we haven’t legalised abortion, and the media laps it up unquestioningly.

Who would bother to undertake research when you have a media and a political committee which is all too eager to publicise unfounded and unsubstantiated claims? Clearly not Veronica O’Keane.

When Deputy McGrath challenged O’Keane he was met with the usual heckling and sneering from other TDs and Senators on the Committee.

He then called out the Committee for what it is – a farce with a preordained outcome, uninterested in evidence, and only wishing to hear from experts who happily agree with repealing the right to life of preborn children.

It reminded me of the maxim usually attributed to George Orwell: ‘in a time of universal deceit, telling the truth is a revolutionary act’.

Mattie McGrath was dead right to highlight just how uninterested this Committee is in actually examining the evidence. The sole purpose of the Committee is to bring media attention to those who want to see abortion legalised in Ireland.

This Saturday, we will offer tens of thousands of people an alternative view, when the second National Canvass Day goes door-to-door in every constituency in the country.

While O’Keane and others are busy telling each other why abortion should be legalised, we are at the doors giving the Irish people the real, factual information they need ahead of the referendum next May.

Join us on Saturday. Be part of the biggest grassroots pro-life effort in the country. #SaveThe8th. Sign up here: http://www.yestolifeireland.org/sign-up