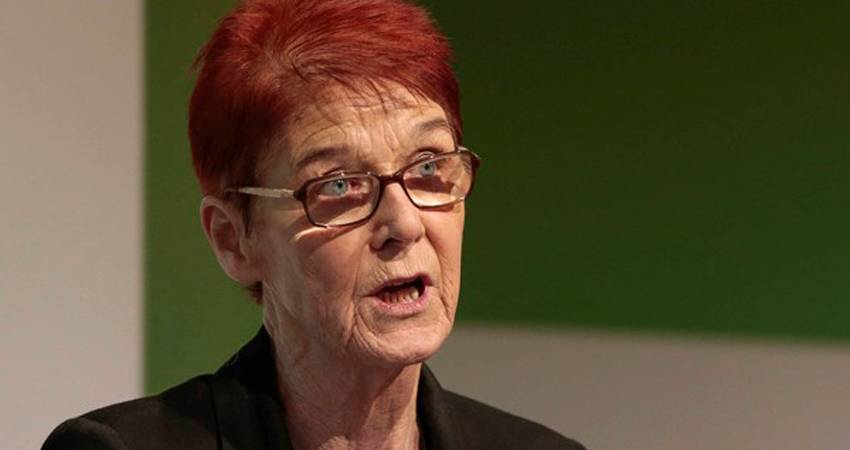 Ailbhe Smyth and the Patriarchy Against Pro-Life Feminism

Ailbhe Smyth, member of the pro-abortion Together for a Yes 8 “Coalition”, was once my lecturer in UCD and head of then-called WERRC (Women’s Educational Research and Resource Centre Department) while I was studying for my MA in Women’s Studies. She had plenty to say about patriarchal oppression and its treatment of women (but wasn’t remotely interested in hearing the pro-life opinions of women such as myself).

Here’s what she had to say about patriarchal issues, when I was in UCD:

1.      “No uterus, no opinion” – this was a popular mantra in her “lectures” – funnily enough, now that Simon Harris  and Leo Varadkar can’t shut up about their push for abortion, Smyth and the rest of the abortion campaigners seem quite content to let the boys take over.

2.      “The media silences women’s voices” – now that pro-life women’s voices are the ones being ignored and censored, the Repeal 8 sisterhood seems quite content to let that particular oppression slide.

3.      “Old white males are the patriarchal oppressors” – except when it comes to taking the funds of these oppressors, such as George Soros et al., to fund the push for abortion in Ireland, that is. Even illegally.

4.      “Prostitution is the abuse of women” – and yet Smyth and the repealers are happy to side with Amnesty in their shared bid for abortion legalisation in Ireland, despite the fact that Amnesty wants to also decriminalise prostitution, which protects men and victimises women and have even been advised against this stance by former prostitutes.

6.      “Ireland has been oppressed through colonisation” –  but Smyth & Co. are only too delighted to give interviews  to the British media, while denigrating the country they claim to be defending. Rather than examining the UK’s abysmal abortion records, endemic child sexual abuse and unequal treatment of women,  the British media are only too eager to listen to Repeal 8’s whining at the treatment of women in Ireland, as though it were a medieval state.

7.      “We stand by the rights of girls throughout the world” – and yet the Repeal 8s invited Ann Furedi AKA “the high priestess of abortion”, to talk about how to legalise abortion in Ireland, a woman who condones abortion to birth for any reason, including for being a girl .

8.      “We’re opposed to racism here” – but Smyth had a meeting with the European International Planned Parenthood branch last year, the group founded by racist and eugenicist Margaret Sanger who wanted careful breeding of the “negro race” and even delivered a speech  to a Ku Klux Klan group of women.

9.      “We want equality for those with disabilities” (and even invited a speaker in from the Equality Studies Department in UCD) – but this doesn’t stop Smyth from wanting unborn children in the womb with “fatal foetal abnormalities” (i.e. a made-up term which covers disabilities) to be aborted in Ireland.

10.      “Governments need to get their laws off women’s bodies” – but Smyth and the Repeal 8s are looking to the Irish government to pass a law to legalise abortion for women’s bodies.

You won’t hear Ailbhe Smyth or any of the others admitting to these details now. Ah, yes, it’s all about picking the bits that suit, isn’t it, ladies? That’s how the patriarchy gets you every time…