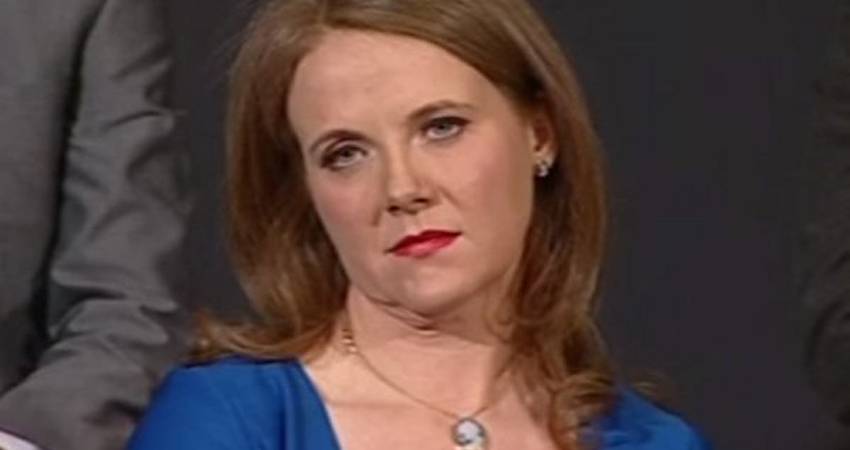 Senator Catherine Noone, along with the majority of the present administration seem to have a confused interpretation of Terms of Reference that go with any particular job or role.

Tweeting on Easter Sunday- presumably after the service had ended- the Senator was ‘disillusioned’ with the Catholic Church for, surprise surprise, enunciating Catholic teaching. For some reason, Senator Noone expects that a man doing his job, ought not to do his job.

She tweeted: “Easter Mass in Knock Basilica this afternoon with my parents – an octogenarian priest took at least three opportunities to preach to us about abortion – it’s no wonder people feel disillusioned with the Catholic Church.”

Ignoring the attempt of the Senator to ‘paint a picture’ (as she said), of an old man preaching to her, a young woman’, Ms Noone claims she didn’t expect to be confronted by this at Mass. Really?

This shouldn’t be surprising though. In the current government, the issue of abortion seems to be pre-occupying so many people who should be focused on their own jobs. If it is government unofficial policy to prioritise abortion over actual Departmental issues, the inverted logic that the Church should ignore its own teaching, ought to apply.

This is the Irish government.

The Minister for Health, Simon Harris, seems far more exercised about his plan to remove the 8th Amendment, than actually addressing some of the chronic and acute problems the health system is facing. In recent weeks a record number of patients in hospitals were recorded on trolleys in hospitals across the country. At the same time as Minister Harris was taking to the podium on the 8th of March to announce the referendu, the OECD was releasing a report that the Irish health system is failing in terms of cost, patient satisfaction and waiting times.

For Minister Harris, he preferred being under the warm glow of media approval for his abortion position than under the interrogation lights of his failing health service.

Minister for Children, Katherine Zappone has also been front and centre in the clamour for abortion. Aside from the irony of the Children’s Minister behaving extremely anti-child, there are other pressing issues in her own Ministry that she ought to be focusing on, least of all the issue of a paedophile ring in the south of the country and the inadequate response of departments under her responsibility. Addressing these would mean addressing real problems for children- and that would require Minister Zappone doing some self-reflection rather than seeing only the reflection of her cheerleaders at the National Women’s Council and other ‘like-minded’ groups.

The Minister for Housing, Eoghan Murphy has also been visible, particularly at the announcement of the Referendum date. This is his job, as Housing and Local Government Minister, he has responsibility for setting referenda dates. Like the ‘octagenarian’ priest, Murphy is only doing his job- unfortunately it interferes with a never-ending homelessness crisis, that also affects women and children.

And finally,  we have An Taoiseach Leo Vardadkar, the leader of the government, and legislator supreme in Ireland, bandying about slogans, ‘Trust Women, Trust Doctors’, calling on the people to vote to remove the 8th Amendment and allow a liberal abortion regime in Ireland.
Surely An Taoiseach recognises that legislating is all about addressing the reality of non-trust in a political jurisdiction. Politicians are elected to legislate. Legislation is needed where trust does not exist. We do not trust everybody not to act honestly. We do not trust everyone not to steal. We do not trust that there will not be murders.

That is why we have laws. To regulate and to deter. To create a framework within which members of society can co-exist with reasonable expectation and clarity on what behaviour is acceptable as individuals interact in society.

An Taoiseach does not trust doctors. Even as a doctor himself, the medical profession is not unregulated. Doctors are not immune from the law. Not because doctors are bad or because doctors are deviants, but because they and we need a framework within which to interact and there are always going to be outliers that would abuse the trust if a political and social community relied solely on trust. There are controls against medical malpractice, medical misadventure, and general laws of society that prohibit doctors as well as the general population from committing crimes.

An Taoiseach does not trust women, in the same way that he does not trust men. There are laws for everybody- women included. Women, like men, are not trusted to act honestly at all times and all places. People steal. Women steal. People kill, people drive too fast. Women do too. We do not hear An Taoiseach seeking to exempt women and doctors from these laws, claiming we should ‘Trust Women’. Why? Because it is nonsense.

If it were the case, we would need only legislators for non-medical, non-female, citizens. And then we would be back to the days before the suffragettes, for why would women and doctors be voting if the law has nothing to do with them?

All of these legislators, pre-occupied with the 8th Amendment- framing it as a health issue – and one of life or death (though Peter Boylan at the Citizen’s Assembly could not reference a life or death case ‘off the top of my head’)- rather than the much more real life and death issues at play in housing, health and children ministries.