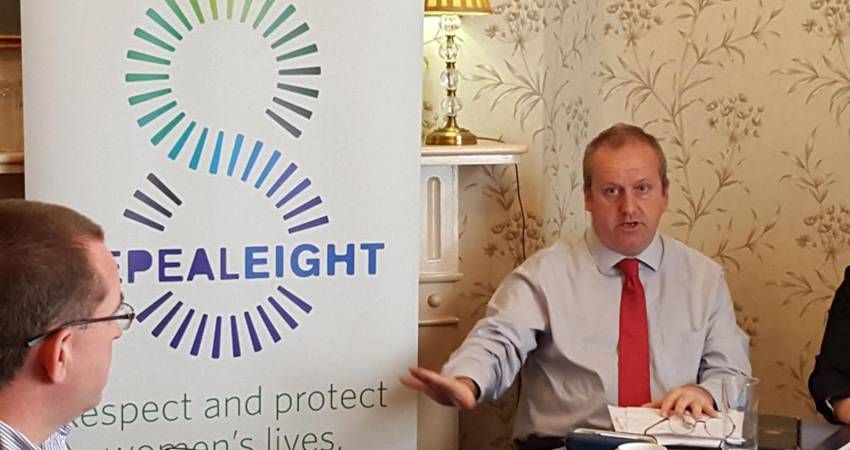 IFPA's own record shows SIPO it is campaigning on the 8th

The IFPA has been told by SIPO to return the cash it received from billionaire George Soros to campaign to repeal the 8th amendment.

In a letter to SIPO on 6 September 2016, the IFPA told the statutory body that it “has no relevant links with any political party, candidate or current political campaign of any kind. Neither is the IFPA engaged in campaigning related to the 8th Amendment”.

Head of the IFPA at Repeal the Eight Press Conference

That statement was not accurate as illustrated by the following:

1. In its submission to the Citizen’s Assembly, the IFPA stated: “It is the firm view of the IFPA that the Eighth Amendment must be repealed. This position is clearly borne out in its successive annual reports.

2. The IFPA stated on Page 24 of its 2012 Annual Report that it received International Planned Parenthood Federation’s Member Association Award in acknowledgement of its campaigning for the right to abortion in Ireland.

3. In January 2016, the IFPA received a grant of $150,000 from the US-based Open Society Foundation after submitting an application to fund a project directed towards, among other things, the strategic goal of garnering support for repeal of the Eighth Amendment of the Irish Constitution.

4. The Open Society Foundation stated in the leaked strategy document that it would fund ARC, Amnesty Ireland, and the IFPA “to work collectively on a campaign to repeal Ireland’s constitutional amendment granting equal rights to an implanted embryo as the pregnant woman”.

5. The IFPA is a member of the US-based International Planned Parenthood Federation from which it receives a significant annual grant, e.g. $252K in 2011, $101K in 2012, and $111K in 2013. Page 11 of the IPPF 2013-14 Annual Performance Report states: “the IFPA has worked for many years to advocate for the legislation that would decriminalise abortion.”  On its website, the IPPF states: “We also contributed to 175 policies and/or legislative changes in support or defence of sexual and reproductive health and rights at national, regional and global levels.”

That statement demonstrates that the IPPF involves itself in campaigning internationally at a local level through its member organisations, such as the IFPA which is receiving significant funding from the IPPF in the USA.