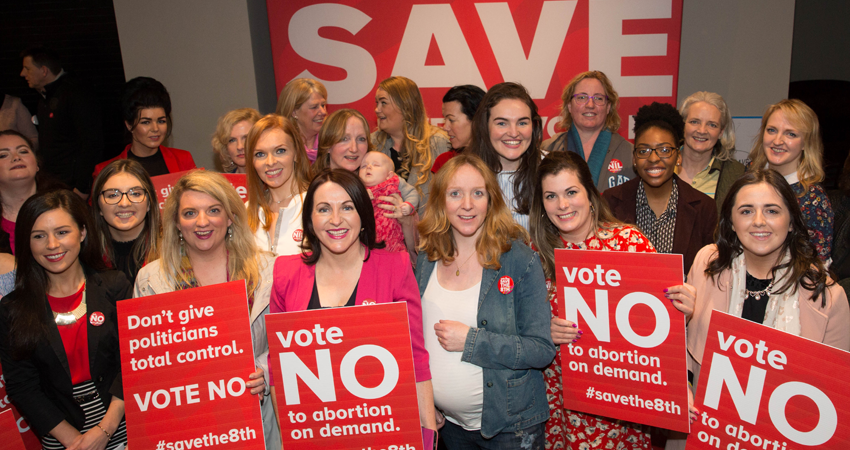 When the referendum results became known, abortion supporters went on a frenzy of hate against Save the 8th’s John McGuirk. Here’s his brilliant response.

“Rarely in my life have I seen people angrier about winning than the repealers. Cheer up folks, it’s not that bad. There’ll be something along shortly for you all to focus your never-ending anger on, I’m sure.

Today I went to Stonehall Wildlife Park in Limerick (which is brilliant – take your kids) and petted a parrot, and several rabbits and goats. I come home to another 2,000 tweets from the angriest, craziest people in Ireland. Your unhappiness will never be fixed by a vote, folks.

The problem is the 8th amendment was never what was making you angry in the first place. It’s not the schools or the hospitals, or the ban on euthanasia either. No social reform is going to make you people happy. You’re all looking in the wrong place.

The deep injustice many people feel, and the power to change the country that they now wield, is missing something – there’s no vision in it for how to make people feel happy. Once all the “oppression” is gone, they’ll have to confront the fact that their misery is their own.

In terms of the calls to silence me, or others – hah. You guys own the country now. You own the media, the political class, the culture. You can keep pretending that a minority voice is holding you back, or you can realise that it’s actually an oppression of your own making.

One thing I kept hearing yesterday was that this was a “symbolic” victory. There are many more symbolic victories to be had – blasphemy, the role of women, the pre-amble. Lots more totems of the past to tear down. None of them will fix the problem.

The problem is that all of those victories are empty of meaning. Even this one. Having an abortion in Louth will not be more fun than having one in London. It remains an abortion. You’re not “free”. You’re just miserable, probably in greater numbers, closer to home.

The Irish liberal left has nothing to offer you whatsoever, beyond days like yesterday. A momentary feeling of togetherness. It can’t provide you with a good job, or a loving partner, or security. All it does is provide you with an enemy to hate.”