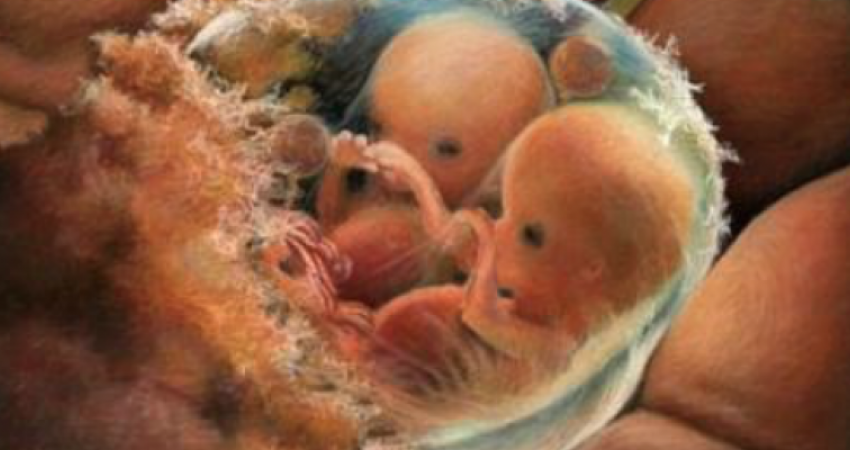 On Saturday, 26th. May 2018, the count was in: 66.4% of people who cast their vote opted for the removal of the Eight Amendment, saying goodbye to legal protection for all future unborn children in Ireland and approving the spilling of innocent Irish blood on our own shores. As I looked at the photograph of three young women beaming under a tri-colour on one of our national news sites, I could only think of Padraic Pearse’s words:

“The Republic guarantees religious and civil liberty, equal rights and equal opportunities to all its citizens, and declares its resolve to pursue the happiness and prosperity of the whole nation and of all its parts, cherishing all the children of the nation equally…”

Cherishing all children of the nation equally?

On our national news sites, we heard Leo Varadkar assuring the country that Ireland has not changed, that Ireland is now just more open, more tolerant… He also promised that there would be no more isolation, no more shame… Likewise, we had Simon Harris tell us that we will no longer give women the cold shoulder, but that Ireland will now take their hands… And that before the removal of the Eight, we (presumably the government) couldn´t do anything, but now we can… On the same news sites, we see women talking about the result of the referednum being a great day for their grandchildren… But most distrubing of all, are the photos and videos of jubilant crowds and no mention whatsoever of the babies whose lives are being dehumanized and who will be brutally exterminated. It seems they are already being obliterated from the minds and hearts of the people…

Your own flesh and blood

Do you not know that the unborn child is your own flesh and blood? Your future? Did your government not have the imagination to use the millions of Euro squandered elsewhere on educating people about the dangers of the illegal medical abortion pills, in putting resources into stopping the flow of pills and the advertising on online sites? Do they not have the imagination to invest in housing; more doctors and life-affirming healthcare; better childcare support; more life-affirming rape and pregnancy crisis centres; more perinatal care for unborn children with life-limiting conditions? No, they have resources to spend on a massive pro-abortion campaign and resources to spend on abortion-on-demand, partly funded by tax-payers, but not the resources to spend on saving unborn human lives and genuinely helping women in crisis…

Thrown out as waste

And a great day for your grandchildren…  Ireland, do you not realize that your grandchildren will be the ones who are killed in what should be the safest place on earth? Do you not realize that they will then be flushed down the toilet or thrown out as waste? Because this is where the majority of aborted children end their days… And does Leo Varadkar not yet know that the isolation and shame women and men experience after an abortion has little or nothing to do with the journey, whether it is 30km. up the road or a three hour ferry trip across the sea? It has everything to do with knowing deep within that what one has done is profoundly unjust and cannot be undone.

If it was only the journey, we would not see thousands of women and men all over the world experiencing isolation and shame after their abortions. And no matter who is with her, a woman IS always alone in her abortion. In the scheme of things being legalised, she will have her abortion in her own bed, on her toilet, on her bathroom floor or at her regional hospital. She will received her pills at her local surgery. That means that every time she visits these places, she will re-visit her abortion… alone! And she will survive by either going into some form of denial and hardening of heart or she will grieve bitterly, silently and deeply… alone. What a gift to offer Irish women!

Does Simon Harris not realize that in taking the hands of your wives, girlfriends, sisters, daughters and friends as they go for their abortions, you are saying yes to violence and bloodshed in your own homes? Your own towns? In making abortion legal, you are sending out the message that abortion is somehow right. It may be legal, it is never right, any more than slavery, segregation or discrimination is right! In taking the hands of those choosing abortions, Ireland, is complicit in the slaughtering of her innocent, growing and defenseless unborn children, her future, and everyone who supports her is guilty by association. It is as simple and as complicated as that. It is not about religion. It is about justice. It is about your humanity. It is about your moral integrity. It is about your use of reason.

The Nature of Abortion

Ireland, you weep for the women who tell you of long hours spent in cold clinics, of terrible pain, of walking streets with hotwater bottles, of being shunted into taxis in strange cities on foreign shores, of bringing home their baby’s ashes in their cars. What you don’t seem to realize is that this IS the nature of abortion! Women weep in clinics with no one to comfort them because their families are not welcome or will not accompany them. Women are sent home quickly so that clinics and abortionists bear no responsibility when something goes wrong. Aborted children are thrown out with the garbage. Abortion is not about caring for women. It  is about killing the innocent and getting rich on the profit. You will discover this to your great cost…

The First Solution, Not the Last

Right now, it might seem that Ireland has not changed, but trust me, it will. Little by little, you will see women being offered abortion as the first solution, not the last. They will be asked, ”Do you want an abortion?” as soon as their pregnancy is confirmed. When they have possible health issues, they will be offered abortion as a ”cure”, sometimes repeatedly, because it is cheaper than proper healthcare or because they can (maybe) have other children… They will make ill-informed decisions in fear and haste which cannot be undone, and then find that there is no one willing to listen to their grief and regret. They will come under much more immediate pressure to abort their children, maybe even suffering violent coercion and emotional blackmail. Little by little, their doctors will find their capacity to give life-affirming healthcare being restricted as their freedom of conscience is not respected and their jobs are threatened… I can say this with authority because I have been living in abortion cultures for over thirty years and because women and men tell me their stories…

Right now, those who are a long time in the death-filled world of abortion celebrate with you! They are already planning their next ”victory”… Canada, the UK and Estonia sent their congratulations. Ireland, dear Ireland, did you not know that in Canada unrestricted abortion-on-demand in available up to birth for any reason and that anyone who objects in now an enemy of the state? Did you not know that the UK is dubbed the abortion capital of Europe? That Estonia is the country with the highest rate of repeat abortions in Europe? What wonderful bedfellows to have…

Seen as a bastion for abortion

I now see Ireland being used at every opportunity to promote abortion, not just in Northern Ireland, but also on the Faroes. Ireland´s choice has given much ammunition to pro-abortion activists in Denmark and on the Faroes who are unsatisfied with current abortion laws here, and are agitating for abortion-on-demand. I feel both anger and shame: anger at the lies and propaganda being peddled and at seeing Ireland being exploited, and shame that my country is now seen as a bastion for unrestricted abortion-on-demand, and has put herself in this position.

But take courage! Ireland, look to the great and noble Life warriors who foughtly so valiantly against the almost insurmountable odds of broad and expedient politicial alliances, media bias, false ”facts”, foreign money and many daily obstacles. Such people will not lie down for long because their cause is just, beautiful and true. Ireland, look to the history of your country! For centuries, you have fought and overcome oppression, occupation, penal times, famine, mass immigration and exploitation, political and religious betrayal… Inspired by your past and your national heroes, you can rise to fight again, reclaim your integrity, and protect and welcome ALL your pregnant women and their unborn children. You can once again become a beacon of LIFE to the nations!

“We seem to have lost. We have not lost. To refuse to fight would have been to lose; to fight is to win. We have kept faith with the past, and handed on a tradition to the future.”  – Patrick Pearse