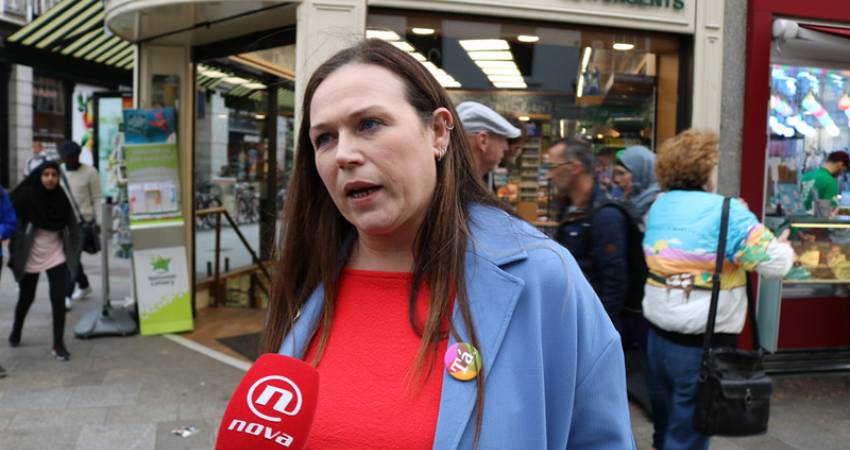 Your shameful bullying of Carol Nolan: Make It Stop.

I am one of your constituents and I am writing to you to express my disgust at your treatment of your former colleague, the upstanding and decent Carol Nolan, and the way you tried to bully another woman in the Dáil chamber.

You stated some very odd things in relation to Deputy Nolan that are in need of explanation:

1. Carol is doing the bidding of some well-known businessman - who is this person? Please don't beat around the bush; just name him. Considering the money that pro-abortion George Soros pumped into the Repeal side, isn't this just plain old fake news?

2. You spoke of ' US nonsense' - what, the nonsense like the half a billion dollars of taxpayers’ money going to Planned Parenthood, the crowd undergoing a federal investigation into selling unborn baby parts for profit. They've also failed to report child sexual abuse and to meet basic health standardsin their clinics.  I sent you a copy of the Unsafe report earlier this year, Louise, detailing the shoddy practice of legal abortions in the USA, as well as the details on women who have been injured, rendered infertile and who have died through botched legal abortions.

3. You spoke of pro-lifers having "Visceral hatred of women". I see a visceral hatred of women in the well-oiled money machine that is the Global Abortion Industry, that is fuelled by one aim only: to end preborn life for a profit, increasing profits and targets year on year, exploiting vulnerable women such as the impoverished, minority women, those with disabilities and learning impediments. Why don't you go and read some of the official inspectors reports on Marie Stopes in the UK, Louise? They make for disturbing reading. Maybe you could raise their findings in the Dáil while you apologise to Carol Nolan?

After twenty years of teaching, I recognise bullying when I see it. Along comes Carol Nolan, an intelligent, proficient woman who has clearly done her homework on abortion and she is intimidating to people such as yourself, as she has integrity and courage in standing up to the bullies. She frightens your party which is now working to try to silence her - a very typical trait amongst bullies. And it's disgraceful that you claim to care about women, yet you treated another woman like this and a former colleague to boot.

Now, here's the thing that's really bothering me. I teach my students to have integrity and stand up for what they believe in (i.e. what Carol Nolan clearly demonstrates) and what does Sinn Fein do? It punishes those who behave in an upstanding way, banning them from the party, as though they were disobedient children and makes life difficult for them (such as the treatment of Peadar Toibin), grinding them down until they have no choice but to leave - another form of bullying. And what does it do about your bullying behaviour? Absolutely nothing, it would seem. So ironically, SF retains all the “yes men” and “yes women”, while shedding the ones with actual principals. Which means that the decent ones have left and will continue to leave, while the pliable sheep remain.

The Sunday Business Post reported this week that Sinn Féin was told by its own legal advisor two years ago that its disciplinary procedures needed to change. Since then several councillors, many of whom are female, have quit citing bullying, harassment and intimidation.”

Some women think that it's necessary to behave like a stereotypical man in order to get on in A Man’s World - using the tools of the patriarchy to advance their own personal agenda. I disagree.

You can't make a silk purse out of a sow’s ear, Louise. Sinn Féin has betrayed all its republican principles.