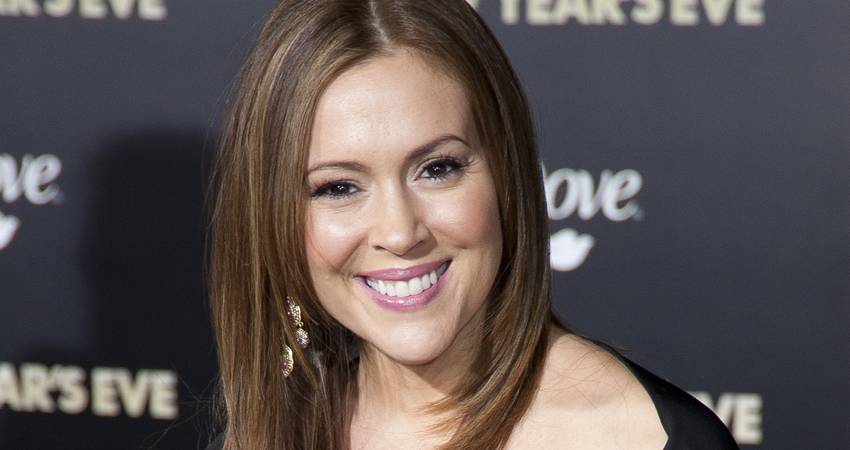 Another own goal: the abortion campaign and the ‘sex strike’

Regarding American actress Alyssa Milano, who has launched a ‘no sex’ strike in response to Georgia’s new ‘heartbeat bill’, ‘which makes it illegal to have an abortion after a heartbeat has been detected in the womb’, Celia Walden says that the Charmed star is now facing her own backlash and ‘doesn’t seem to be thinking too far ahead’ about the implications of her campaign; having fallen victim to the common temptation of actresses to validate themselves, awarding themselves ‘a loftier “life role”’ by adding the word ‘activist’ to their profession - something in the line of Suffragettes like Emmeline Pankhurst - Ms Milano admitted: “‘I mean, I don’t know, I sent a tweet last night and I haven’t really thought much past that this morning’

Charmed as audiences may be with their performances, we seldom expect deep philosophical interventions from the acting profession, any more than we expect clarity from politicians, brevity from bureaucrats, eloquence from footballers, or correct punctuation from greengrocers - but Ms Milano’s campaign does not even make sense on its own terms; some critics have pointed out that if her 'strike' is successful, fewer babies will be conceived and there will be no 'need' for abortion, and Celia Walden notes that if prolonged, 'there is a little thing called the future of humanity at stake, adding:

‘Commodifying women as “providers of sex” ... might just be one of the most sexist and debasing concepts currently filling the Twittersphere.’

Indeed, the campaign sounds more like one that might be launched – and with more justice - by 'sex workers'; as it is,  it sends the message that ‘we will have sex with you only if you allow us to abort the possible outcome, thus violently ending our closest, most profound and meaningful relationship – the one that anchors us in the past as well as the future and entails sacrificing the unconditional love offered by our very own children - in exchange for a meaningless fling with someone who couldn’t care less about any offspring he sires, and doesn’t care about us either’.

Historically speaking Suffragettes did not campaign for abortion, and early feminists saw the danger to women of the birth control campaign; nonetheless, Ms Milano maintains: ‘“Until women have legal control over our own bodies we just cannot risk pregnancy.”’ Celia Walden agrees that Georgia’s ‘heartbeat bill’ is ‘one of the most restrictive abortion laws in the US’ and ‘a blow to women’s rights. Since the heartbeat can be detected around six weeks, which is before many women realise they are pregnant, this will end up being the “forced pregnancy bill” that reproductive justice groups feared.’

However, it will be the abortionist who breaks the law, and such bills are in fact a response to a flurry of new laws permitting abortion up to birth, thereby leaving open the door to infanticide – indeed, in an echo of America’s slavery-marred history, New York’s law decrees that the unborn child is not a person. Its supporters argue that the Trump administration’s appointments to the Supreme Court might favour the pro-life position, but that is the position of the majority of Americans on abortion, thus Trump is merely tipping the balanceback towards democracy.

Strangely, Ms Milano and her ‘reproductive justice’ campaigners completely ignore these extreme laws restricting the right of babies to ‘do what they want with their own bodies’; on the matter of justice, whose are the bodies with no rights?

Her campaign has naturally evoked comparisons with the ancient Greek comedy of Aristophanes, Lysistrata, in which women were persuaded to go on a ‘sex strike’ until their husbands ended the Peloponnesian War, overlooking the minor detail that the Lysistrata campaign was aimed at saving lives, not fighting for the ‘right’ to end them;  Ms Milano's battle against innocent life is certainly a comedy of errors, but it is not very funny.