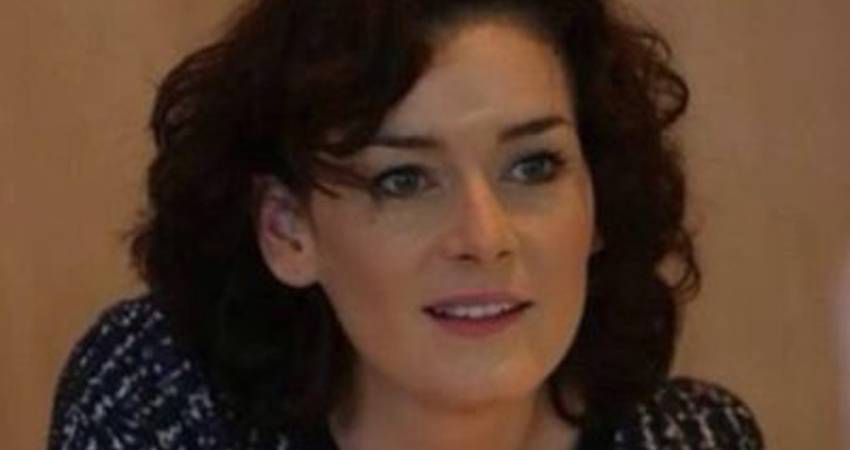 Now that New York has legalised abortion to birth for any reason , this would be a really good time for TD Deputy Kate O’Connell to do the honourable thing and apologise for some of her particularly thoughtless and ignorant remarks in the Dáil, in the lead-up to Simon Harris’s appalling Abortion Bill. For example, she claimed that there was no such thing as an abortion survivor, yet Melissa Ohden, who survived a saline abortion in the USA in 1977, made a personalised video for Kate, in response to Deputy O’Connell’s shocking remarks that people like her don't actually exist. To date, and not surprisingly, O’Connell has not responded to Ohden’s video.

When TD Lisa Chambers claimed that abortion regret was a “makey uppy”thing that doesn’t exist, she made a half-hearted apology in response to post-abortive Patricia Gaughran‘s video. O’Connell herself had stated that abortion regret was “nothing”, a remarkably callous and puerile remark when an online search will reveal countless women's lives are consumed and destroyed by abortion regret, like Gaughran’s but public figures like O’Connell belittle and trivialise these women's experiences. O’Connell led the Irish public to believe that her push for abortion was due to the fact that she cared so much for women. Obviously, what she actually meant was that she only has time for women whose opinions tally with her own.

But let's not forget that O’Connell was one of the many Dáil pro-aborts who cruelly voted against pain relief for aborted pre-born children and opposed parental consent for underage girls to obtain an abortion in Ireland.

It is apparent that Princess Kate (O’Connell, not Middleton) lives in her own little Ivory Tower, where she never has to apologise for any of her jaw-dropping displays of ignorance. Her regular referencesin the Dáil to the pro-abortion fantasy TV show, A Handmaid’s Tale are also worrying signs of someone who seems to spend a lot of time in a parallel universe to the rest of us and is very clearly not fully versed for the Grown-Up Job that she is paid far too much money to do.

Here are O’Connell’s most spectacular blunders in relation to Abortion:

1. Confusing perinatal hospice care and the incarceration of unwed mothers in Magdalen laundries. Obviously, and not remotely embarrassed by her ignorance, O’Connell hasn't got time to educate herself on important issues relating to mothers and babies. Too busy watching re-runs of A Handmaid’s Tale, no doubt.

2. Getting muddled up between the completely unrelated issues of providing burial rights for aborted babies and disposing of her own sanitary towels (way too much information, Kate). She’s far too old to be using “shock tactics” as a means of attention-seeking.

3. Claiming that the Abortion Bill was too “feto-centric”, whatever that means. A mother of three, she still proceeded to claim that a woman carries a pregnancy, not a life. She has also claimed that there is no baby killed in an abortion. Can this woman have actually studied biology at third level? Or even for the Leaving Cert?

4. Stating that couples who wish to adopt children who might otherwise be aborted, actually said: “Are we going into a Handmaid’s Tale situation”, where pregnant women would be detained and forced to be parents. Again, clearly struggling to distinguish The Real World from a fantasy show, this was an especially hurtful and childish remark, which caused a lot of distress for many adoptive parents but alas, O’Connell is clearly not a woman who goes in much for self-reflection.

5. Childishly jeering at pro-life TDs, when amendments to the Abortion Bill were rejected: “We won, ye lost. Ye must be hurting”, as if celebrating an Egg and Spoon Race win on School Sports Day. This tantrum-like remark gives an unfortunate insight into the mind of a woman who clearly lacks the maturity to understand that fighting to protect innocent pre-born children is about saving lives, not one-upmanship.

Most bizarrely of all, O’Connell has commented on the possibility that her own uterus could be used for forced breeding, like the “handmaids” in the show she is so obsessed with (em, don't call us, Kate, we’ll call you). Surely it’s only a matter of time before we’ll see her arriving at the Dáil, donning her favourite show's obligatory “handmaids”’ uniform of white bonnet and red cape. Clearly, O’Connell would better suited to spending her days playing ‘dress-up’ and living in a Make-Believe World than the serious business of running a real country, not a “makey-uppy” one.

Seeing as O’Connell has such trouble distinguishing between Fantasy and Reality, perhaps it's time for a new career? And ideally, one that isn't funded by the hard-pressed Irish taxpayer.

O’Connell has claimed that the existence of abortion survivors are “fairytales” and yet has regularly demonstrated her conviction that The Handmaid’s Tale is Actually Real Life. Could someone please show Deputy O’Connell the compassion that she lacks for others and explain to her that she’s actually got it the wrong way around?