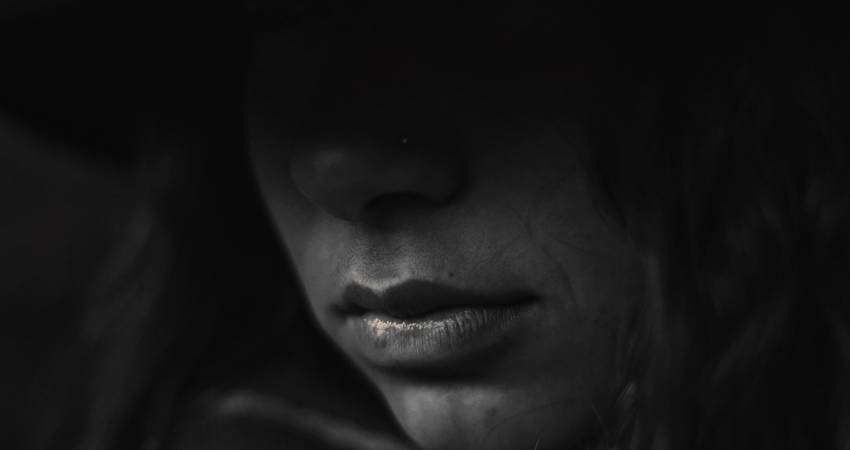 Is there a link between abortion, pornography and rape?

Barely a year had passed since the Repealers had ghoulishly celebrated their abortion “win” in Dublin Castle when the sexual assault and brutal murder of 14-year-old Ana Kriegal hit the headlines. It soon was revealed that the two teenage boys who were accused of her murder had been accessing hardcore pornography online. This should no longer be a surprise to the general public as in recent years, there has been a dearth of evidence that demonstrates that pornography is linked to rape and even murder. In an interview, serial killer Ted Bundyadmitted the influence that pornography had had on his crimes.

But what many people are not aware of is the link between abortion to pornography and to rape.

The deceased Hugh Hefner, the misogynist Playboy founder who referred to women as “objects” boasted in an interview that he helped push Roe v Wade (the USA Supreme Court decision that coupled with Doe v Bolton, legalised abortion to birth in 1973 for any reason) through the lower courts. In fact, at that time, the current self-professed “feminist” and darling of the US Supreme Court, Ruth Bader Ginsburg actually took the time to write to Hefner to thank him for helping Roe through the courts! Hefner’s misogyny was no secret but abortion was (and still is) so important to Bader Ginsberg that she was willing to thank an abuser of women for his part in it. Over the years, a number of women have come forward and spoken of their abuse by Hefner, including rape. Legalised abortion is extremely useful to men like him because when one of the women (or underage girls) who is abused becomes pregnant, the best way to cover up the crime is abortion - get rid of the “problem” and also the awkward DNA evidence.

So which group are the real misogynists here? Who indeed.

When I was studying for my MA in Women’s Studies in UCD, under Ailbhe Smyth of ‘Together for Yes’ fame and now named a ‘Person of the Year’ in Time magazine for her “work” to bring abortion to Ireland, she was so pleased with a collage that I made of sexist and pornographic images and messages from magazines that she asked me to make a copy of my work for the walls of the Women’s Studies Department. One of the magazines that I included was Cosmopolitan, which has been subject to an ongoing campaign to remove this graphically pornographic magazine from supermarket shelves, which Walmart in the USA has already done. At the time of my studies, Smyth agreed with me that Cosmopolitan was damaging to young women in its content and female sexual objectification. This magazine is also a vehement supporter of abortion and is linked to USA’s Planned Parenthood, which performs a third of a million abortions every year. Cosmo has also been granted an award by Planned Parenthood for ‘fearless coverage of women's health and rights [sic]’. Needless to say, Ailbhe Smyth had nothing to say about her own double-standard on Cosmo that it presents hyper-sexualised content to girls and young women but also supports unfettered access of abortion to birth, for any reason. Porn and abortion are linked here but abortion supporters, such as Smyth stay silent on the bits of the “agenda” that don't suit them.

The US pro-life group Live Dynamics uncovered similar abuses to Live Action in their Child Predators investigation which involved making over 800 phone calls to Planned Parenthood clinics in almost every US state. The caller portrayed a thirteen-year-old pregnant by a 22-year-old man yet 90% of the counsellors agreed to ignore the law about reporting this statutory rape. The shocking report discusses the partnership between Planned Parenthood, American’s National Abortion Federation and the men who sexually abuse underage girls. Each establishment works hard to protect each other while failing to protect raped and abused girls, many of whom have absolutely nowhere else to turn.

However, it is not just women and girls entering abortion clinics who have already been abused. There is a swathe of abortionists who sexually assault their clientele during actual abortions. The US group Life Dynamics has also written a report, entitled ‘America’s Carefully Hidden Sex Scandal’ on the high frequency of sexual assault and rape by abortionists within the clinics themselves. They discuss the vulnerability of women in such facilities and how unlikely it is that they will report assault due to stigma and shame and how they probably won't be taken seriously due to the effects of anesthesia, etc., and prosecutors are reluctant to take such cases to court. Operation Rescue has also created a record of a number of abortionists (referred to as the “Abortion Cartel”) who have rape and sexual abuse charges against them, often spanning decades. And yet not surprisingly, the abortion industry continues to ignore the repeated crimes that these abortionists have committed.

The sexual abuse of the abortion industry goes beyond the West. International Planned Parenthood, who actively promotes abortion around the globe, including where it is still illegal, has also been embroiled in a scandal regarding the procuring of girls and young women as “sexual gifts” for attending guests at African events. There seems to be an active promotion of prostitution in IPPF, as claimed by disgraced Africa regional director, Lucien Kouakou, who was eventually kicked out of the organisation, having himself sexually harassed and threatened a number of his colleagues. It appeared that his defence was a case of that he was simply doing what many of his colleagues were already participating in and no-one was objecting.

American abortionist and self-professed Christian Willie Parker was recently accused of ‘sexual misconduct’ by abortion activist Candice Russell but the full extent of the number of other women he has raped (and whose predatorial behaviour was an “open secret” amongst abortion advocate circles) is still unknown. Before the rape allegations surfaced, there was no shortage of praise for Parker from pro-abortion women, who regularly waxed lyrical about how wonderful he was and how he was such an inspiration to the abortion cause. After Russell went public on her ordeal, it wasn't long before women started to come to Parker’s defence, who were also unsurprisingly, staunch abortion supporters. It was clearly a wake-up call for Russell, who admitted that she had once viewed Parker as ‘a hero due to his passion and commitment to abortion’. Friends abandoned her for speaking out, but most concerning of all were the threats that she kept receiving from abortion advocates that she would have blood on her hands (irony missed here) if she pursued her claims of rape against Parker. Since then, Russell has been mostly ignored by the mainstream media, who of course can't bear to have an unfavourable light cast on anything to do with abortion, even when a rapist is amongst them.

Considering that the abortion industry has chosen to ignore the tens of thousands of women who have been mutilated and even killed by abortionists, it hardly should come as a surprise to anyone that Big Abortion also chooses to ignore women who are sexually assaulted and raped by the same individuals so carefully protected within this flailing and deeply corrupt industry.

In the horrific murder of Anna Kriegal, these boys’ lives were consumed by hardcore pornography. When Simon Harris and Leo Varakdar claimed to usher in their vision of a “Brave New World” for Ireland, naturally they only focused on the superficial parts of the abortion industry that suited their agenda. They weren't remotely interested in lifting the veil and looking at the rot, filth and corruption that lies behind the shiny exteriors of the buildings where thousands of women enter every day to have the lives of their preborn children violently ended.

In a society where it is acceptable, even legal to kill preborn children with violence and dispose of their broken bodies with indifference, one thing is certain: women and girls will not be too far behind. It is sadly predictable that Ireland’s “leaders”, such as Varadkar and Harris have neither the insight nor the intelligence to understand this inevitable reality.