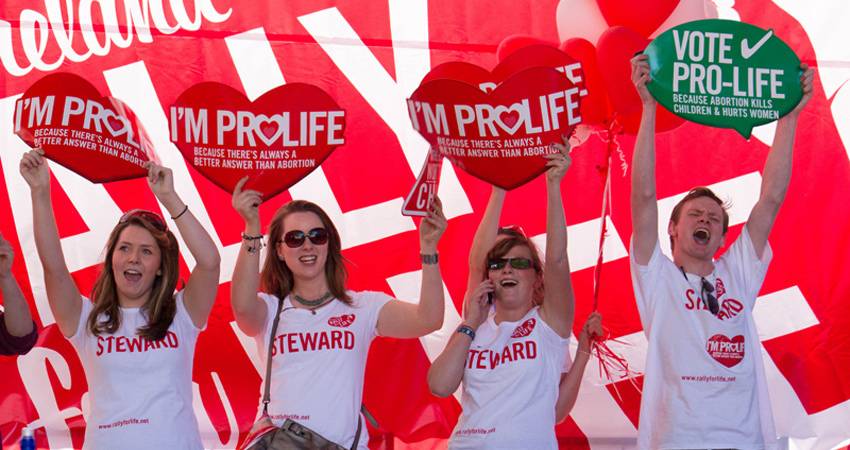 On July 6th Stand for Life

In the last month, the full horror of the inevitable outcome of Simon Harris’s abortion bill has been revealed. Those revelations should compel us to stand for life at the Rally for Life on July 6th in Dublin.

We now know that figures suggest at least 10,000 abortions will take place in 2019, tripling the number that occurred in 2017 when women travelled to Britain. The HSE’s website is advising women who take the abortion pill to flush their baby’s body down the toilet.  And a 15-week old preborn baby was aborted in the National Maternity Hospital when parents were advised that the child had a ‘fatal abnormality’ though results of tests after the abortion showed that advice was wrong and the baby was fine.

In just 5 months then, the warnings given by the pro-life movement in the referendum campaign have already been proven correct. As a movement, we are more urgently needed than ever.

On Saturday July 6th, join with thousands of others to Stand for Life at Ireland’s largest annual event in support of the human right to life of EVERY human person, especially the smallest and most vulnerable of all, unborn babies.

Come to the Rally at Parnell Square because no vote, no act of parliament, no referendum can ever make it right to kill a child. Come to call for a better answer for mothers and babies. Come to hold this government and their cruel and barbaric abortion bill to account.

The Rally for Life is also about raising up the next generation to stand for life and to change the culture, because in a society which kills its own children with legal impunity, the future belongs to those of us who love and protect all of our children.

At the Rally we will show opposition to Simon Harris’ extreme abortion law, and support for pro-life medical professionals who oppose abortion and wish to be free to conscientiously object.

We will demand better care for women experiencing unexpected pregnancies or families facing difficult circumstances – lets show that we can and will offer them a better answer than abortion.

Let's also show the nation that we, the 723,632 who proudly voted No to this unjust and barbaric law, haven’t gone anywhere and we will continue to stand up for life and against abortion.