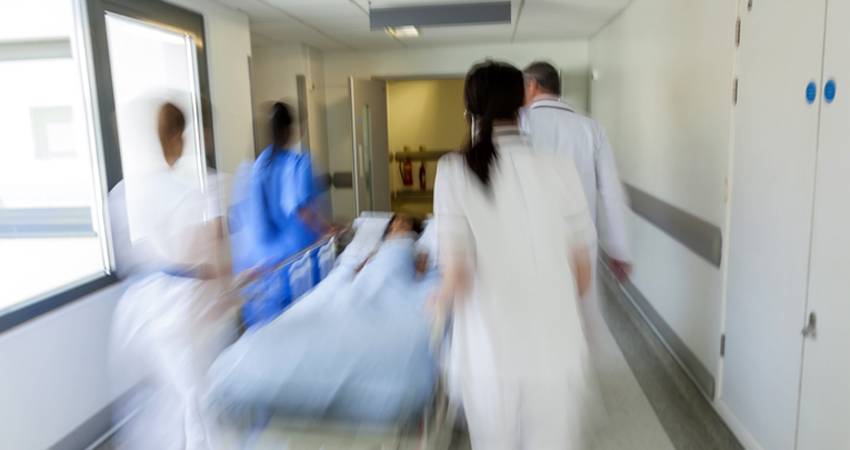 Two women have died in Irish maternity hospitals since abortion was made legal, but Minister Simon Harris has cut funds to vital safety measures in order to pay for abortion

During the referendum campaign last year, abortion advocates queued up to claim that Ireland’s pro-life laws were endangering women’s lives.

The fact that Ireland, according to the United Nations, was one of the safest places in the world for a woman to have a baby was ignored or shouted down. Abortion advocates insisted that voters could only ensure women were safe by getting rid of our ban on abortion.  In fact, an Taoiseach Leo Vardakar threatened voters that pregnant women would die if abortion was not legalised.

In the end, the persistent scaremongering won the day. The 8th amendment, protecting the right-to-life of preborn babies was repealed, and, just before Christmas 2018, abortion was legalised in Ireland on very broad grounds.

So did legalising abortion make pregnant women safer? It would appear that it did not.

In the three short months since the abortion bill passed through the Dáil, two women have died in Irish maternity hospitals in the most tragic circumstances .

Last month, Marie Downey from Limerick, who had given birth to a little boy, died in Cork University Hospital. It is thought she suffered a severe epileptic seizure, and was trying to raise the alarm when she collapsed on the floor of her room, trapping  her baby underneath her.  Baby Darragh also died two days later, and was buried cradled in his mother’s arms.

Just three nurses were on duty on the ward that night, caring for 31 patients. Like many other maternity hospitals, staff in CUMH have been complaining to the Minister for Health for years about the lack of resources – and some of the country’s leading Obstetricians have pointed out that staff shortages have led to a crisis that is endangering women and babies. Instead of addressing that crisis, all Simon Harris’s time seems to be taken up with endlessly tweeting about abortion.

Another mother, Karen McEvoy from Kildare, died on Christmas Day after giving birth to a baby girl in the Coombe maternity hospital. Ms McEvoy, who left behind three young children, died of sepsis, which also caused the death of Savita Halappanavar.

In the wake of Ms Halappanavar’s death, three separate inquiries found she died of sepsis and because of medical mismanagement, and those inquiries called for reforms in the sector, including the implementation of early warning scoring systems in the management of sepsis. The HIQA report noted that changes had not been implemented after another woman, Tanya McCabe, died from sepsis in a very similar case in 2012.

But the media wanted Savita’s death to be only about abortion  – and they exploited  the tragedy to build public support for a change in Ireland’s laws.  So they kept the public’s attention on repealing the 8th amendment instead of addressing the crisis in staffing, and the changes in protocol required to actually protect pregnant women from the ever-increasing risk of sepsis.

The National Maternity Strategy group was tasked with the vitally important task of developing standards and processes to make sure that cases like Savita’s did not occur again, but Senior Consultant Obstetrician Dr Sam Coulter Smyth warned in 2014 that the necessary reforms identified after her death were not being implemented. Clearly there was still a lot of work to be done.

Then, this week, came the shocking revelation that funding for the National Maternity Strategy has been halted, because, it seems, Simon Harris needs that money to provide abortions.

According to Róisín Molloy, a patient representative on the National Maternity Strategy steering group,  “the money that had been intended to go on the maternity strategy was effectively being spent on abortion services since January of this year.”

This is almost beyond belief.

The government is taking money away from a vitally important strategy to ensure women do not die in pregnancy – and giving it to funding abortion. There is no clearer way of showing that their priorities do not lie with protecting women, but simply with ending the lives of preborn babies.

Simon Harris, is by every measure, doing a terrible job as Minister for Health, but the media has given him a free pass for the ever-worsening chaos in the health service because he not only delivered on abortion, he also became a virulent and aggressive opponent of any pro-life initiatives.

The Minister and his cohorts insisted during the referendum that they just wanted women to have ‘real healthcare’, and to be safe in pregnancy.  Like so much else in the campaign, that virtue-signalling has turned out to be just another example of the deeply dishonest and cynical posturing adopted by abortion campaigners.

There was very little reaction this week from those women’s rights campaigners to Simon Harris’s decision to halt funds for the program necessary to make sure women’s lives are protected in pregnancy and childbirth. It seems women’s lives don’t actually matter that much anymore, now that the 8th has been repealed and abortion campaigners have got what they wanted.

The Minister’s enablers, from the media to the National Women’s Council of Ireland, happily ignored this appalling downgrading of women’s lives. The money is being spent on abortion, after all, so best not to criticise Harris, or make a fuss in case voters might wake up to the absolute deception that the campaign to repeal the 8th was from the very beginning .

It seems legalising abortion did not make pregnant women safer after all. Women are dying in maternity hospitals. The government is halting funds to desperately needed measures to save women’s lives.  It is time for women in this country to wake up and realise that they were horribly deceived.

They were deceived by a government who takes money away from protecting women and spends it on killing babies – mostly healthy babies being carried by healthy mothers. No wonder the health service is in crisis, and Irish women and their babies are paying for that ever-deepening crisis with their lives.