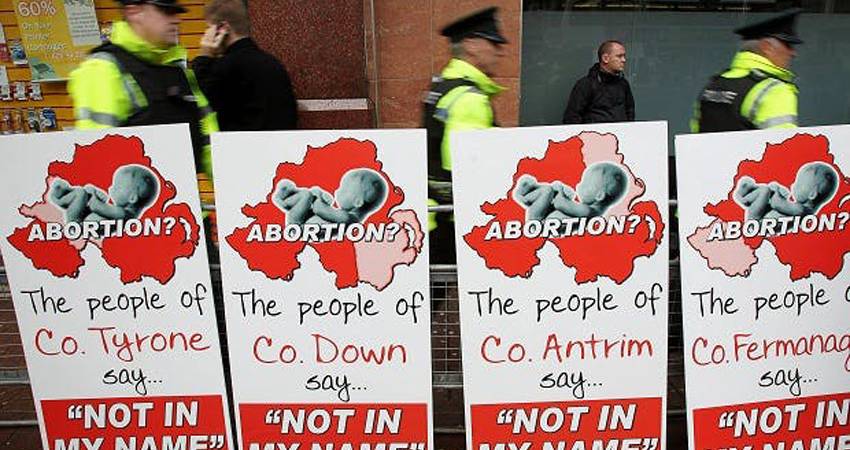 NI Abortion Regulations to be REISSUED by UK Government

We wrote last week regarding the vote that was scheduled to take place in Parliament today (Tuesday 12 May) on the Abortion Regulations for Northern Ireland. We asked you to get in touch with your MP through email or phone to ask them to vote against the regulations becoming law and to speak up for life in Parliament.

We want to say a huge thank you to everyone who has already contacted their MP.

It was then announced last Friday that the UK Government had withdrawn the regulations and that the vote would no longer be taking place. This followed huge pressure from pro-life people across Northern Ireland calling on their local representatives to withdraw the radical abortion legislation.

However, the UK Government has now announced that they will reissue the Northern Ireland abortion regulations. Sadly, we can now inform you that the Government will re-table the regulations shortly, with only minor changes made. In the same hasty manner that this abortion law was rushed through Parliament to begin with, it appears that the regulations were written so carelessly that they will now have to be amended due to being unfit for purpose.

It has become clear that there will be no tangible or substantial change to these horrific regulations; this is only a minor and temporary reprieve. As we said in our previous update, we need you to keep lobbying your politicians because these regulations will be reintroduced shortly. When this happens, the regulations will be voted on within 28 days.

We need to keep the pressure on the UK Government to withdraw these atrocious regulations once and for all. We must ultimately keep lobbying for the Repeal of Section 9 of the Northern Ireland (Executive Formation) Act to restore personhood status for unborn children here.

Unfortunately, abortions will still be able to take place in Northern Ireland throughout this period. However, please be assured that during this time, we will continue to reach out to abortion-vulnerable women to save lives through our Stanton Healthcare NI Project. (visit: http://www.stantonbelfast.org/)

This delay also means that those who are campaigning for the protection of both mothers and babies have more time to persuade MPs and Peers to vote against these horrific regulations when the vote does eventually happen.

Important points to raise with your MP:

Please email or phone your MP now by visiting the following link:

(https://members.parliament.uk) to urge him/her to take a stand against this unjust and radical abortion regime in Parliament next week, and to use their power to vote against these extreme regulations becoming law.