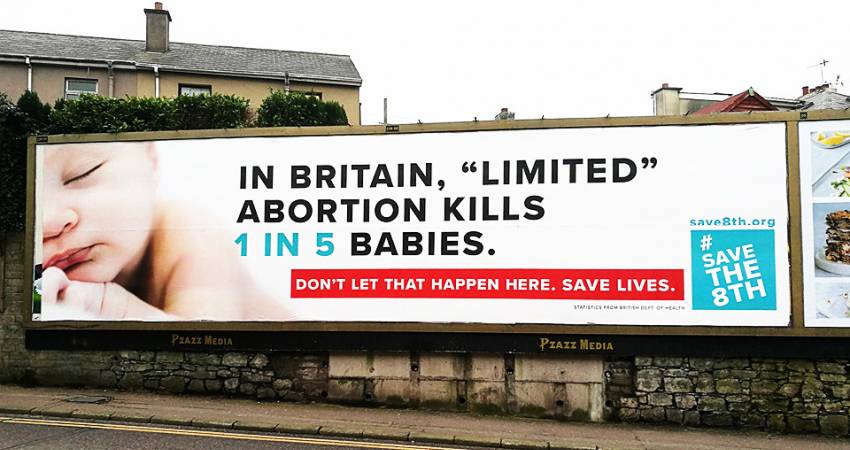 Almost one in every four babies are now aborted in England and Wales, new figures show – an increase from the already horrifying figure of 1 in 5 previously recorded.

The British Office for National Statistics said today this was the highest level on record.

The numbers are just heartbreaking. One in every four babies lost to abortion, their lives ended before they ever even get a chance to draw breath. So much death – and so much pain for the women who are hurried into exercising their ‘right to choose’, but who swiftly find that society’s ‘pro-choice’ stance is simply a way of telling women that they are on their own.

The appalling statistics are reminder that abortion may be sold to the public as a necessary evil, but it quickly becomes a form of birth control, with the numbers of repeat abortions also climbing year on year. Almost 40% of terminations were repeat abortions in England and Wales in 2018.

So now its been confirmed that in 2018, the year Ireland debated whether or not to repeal of the 8th amendment, 24% of pregnancies in Britain ended in abortion.

You might remember the Save the 8th posters and billboards erected during that referendum which shared the scale of Britain’s shocking abortion ratio with voters.

As Director of that campaign, I checked the numbers released by the British Department of Health for 2015 and 2016 which were the most up-to-date statistics available that time. For 2016, a total of 889,789 pregnancies were recorded in England and Wales, and 190,406 or some 21% ended in abortion. The numbers were pretty similar for 2015.

The Save the 8th billboards and posters had an immediate impact, and became a significant talking point on the canvass. The abortion ratio was a reminder to voters as to why they were uncomfortable with the abortion-on-demand regime in Britain, as evidenced by successive opinion polls.

The Irish media – who were the real Yes campaign –  went to war on the 1 in 5 posters. Their dishonesty was breath-taking.

The Irish Times, Newstalk and many more decided that they knew more about the British abortion ratio than the British Department of Health and the British media.

One-by-one their ‘fact-checkers’ came to the sudden realisation (just in time for the referendum campaign) that the figure for the ‘total number of pregnancies’ could not be relied on because it did not include miscarriages. Since the total number of miscarriages was unknown then the ratio, they declared, was unknown.

This was despite the clarification from the Office of National Statistics in Britain that it used “conception data as a proxy for pregnancies, and did not include miscarriages” because the data for miscarriages was not certain.

The Journal.ie went even further. They had actually carried out a fact-check of a Life Institute booklet in 2016 and found the 1 in 5 abortion ratio to be ‘mostly true’.

During the referendum, they reversed their earlier finding, without flagging that they had done so. Their decision to upend their previous fact-check seems to have been prompted by the needs of the Yes campaign. No new facts had emerged.

It was just one example of how the Irish media actively managed the Yes campaign in the abortion referendum.

Now, as the numbers in Britain worsen again, the same media are curiously silent.

It’s very likely that Ireland will follow Britain’s failure in this horrific trend, since abortion doctors in this country have been gleefully predicting a tripling of our previous abortion rate.

If they are correct, we’ll have our own shameful abortion ratio soon enough.

The Irish media might find those numbers a little harder to cover-up.