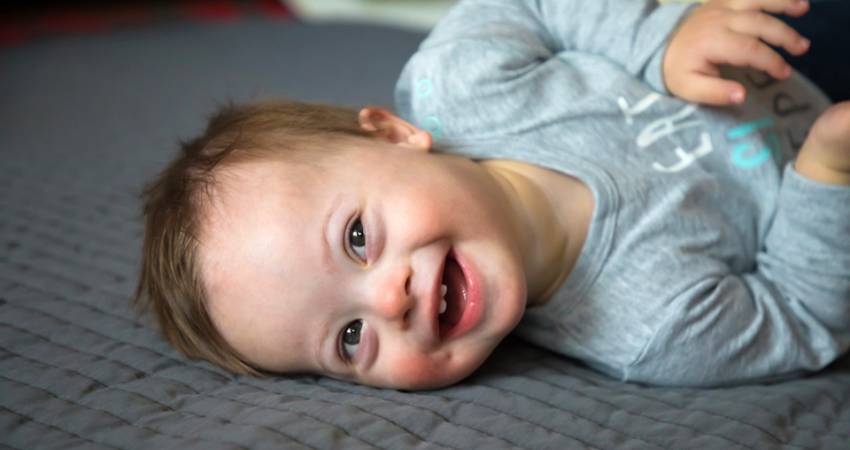 Sometimes the hard, cold reality of numbers can just stop you in your tracks.  Amidst the abortion statistics released by the British Department of Health yesterday was one deeply shocking figure that related to Ireland and to the deadly discrimination now becoming as commonplace here as elsewhere.

The British abortion report shows that the number of abortions carried out on babies with Down Syndrome for women travelling from Ireland have more than tripled since 2018.

The number has increased year on year but 2021 showed a sharp rise, driving a shocking 3.7 fold jump over the past four years.

How have we come to this, so rapidly and with no discussion in most of the media - in contrast to the endless, sympathetic coverage given to demands from campaigners that we extend the grounds for abortion in Ireland to include what they are coyly describing as 'non-fatal' disabilities?

We know that more than 90% of babies diagnosed with Down Syndrome while in the womb are aborted in Britain - while up to 98% have their lives ended before birth in Denmark.

The eradication of a whole community - of people with Down Syndrome, the people we Irish used to call 'daoine le Dia', is now happening before our eyes - and the establishment is simply ignoring it. They'll still pay lip service to the Special Olympics while pretending they can't see that the future Special Olympians are being killed before birth in increasingly horrifying numbers. .

It is deeply disturbing that when we see the abortion rates going this way in Ireland, that trend - and the heart-breaking reality it reveals - is met with media silence. In fact, the numbers are used in a misinformation campaign by the National Women's Council to broaden the existing abortion law in Ireland so that more babies with disability can be aborted here.

What has happened to the culture in Ireland to produce that shocking statistic - an almost four-fold increase in the number of babies aborted because they have Down Syndrome?

Obviously. the culture has changed since the 8th was repealed - but even before the 2018 vote parents were sharing that they came under pressure from the Irish healthcare system to abort babies after a diagnosis of Down Syndrome.  Sometimes, they said, the suggestion was made repeatedly, the pressure building.

Its hard to understand the mindset of these doctors. Why are they using scans and pre-natal testing as a "seek-and-destroy" exercise? Have they such an over-inflated sense of their own importance that the first thing suggestion they automatically make when they consider a child's life might turn out to be other than alpha high-achieving is to end that life?

In addition, in the time since the 8th was repealed, services and supports for children with disabilities seem to have got even worse. One group of families seeking help for their children recently said that children’s disability services had "collapsed" with kids waiting months and years for basic equipment like braces and wheelchairs. As everyone knows, trying to get assessments or educational support for children with special needs is driving families to despair.

The feeling that society just doesn't care, that your child will be a second-class citizen, that you might spend a lifetime fighting for every small bit of support, will also push some parents towards abortion. Maybe that's an unspoken part of state policy? Who knows, at this stage, from an establishment so seemingly invested in adding to the abortion rate.

Why doesn't the Minister for Health seek a review into the why the number of babies from Ireland aborted after a diagnosis of Down Syndrome has gone through the roof? Shouldn't we try to understand what's happening so we can reverse this trend? Or are we going to wait until we are like Iceland, where in some years no children with Down Syndrome are being born at all?

I talked to one beautiful mother of a young boy with Down Syndrome - a child who lights up everyone's life - who said to me that she "cannot fathom how this seems to be just accepted as the new vile cultural norm."

"It’s like being back in the dark ages where a certain group of people are viewed as less than others for just being themselves. Imagine if we swapped their chromosomal differences to maybe skin colour or gender and tried to justify abortion on those grounds? There would be uproar and rightly so," she said.

She described the figures as "soul destroying."

"As a parent of a beautiful young man with a “joie de vivre”, a heart of gold and loyalty that is rare, it is heart-breaking to know this is the world our son was born into. A world where some would see him or his community as less and not worthy of life simply because of his number of chromosomes. Kevin’s Down Syndrome is a small part of the incredibly wonderful person that he is but that Down Syndrome part is the very fibre of his soul, and if I could turn back the clock and take that part away not in a million years would I do it," she said.

"Everyone’s journey in life is different, everyone takes different paths and learns different lessons on their way. I hope that during the course of Kevin’s life he gets an opportunity to show others of his value and his right to be treated and seen as equal and as his mother I will try to be his advocate until my dying day."

She pointed to organisations like The Perfect Gift who work to help families see "that they have been gifted one of earth’s special little ones - to get to feel joy at the birth of their babies and not feel that their beautiful child is some sort of consolation prize as was the case in the past. Our babies are the ultimate prize," she added.

But she added that the "numbers are crushing. Its hard to believe human being are so heartless towards one another."

She is right. We are eradicating a whole community of people - the people who best teach us how to love and to live fulfilling lives. When are we going to wake up and take this deadly form of discrimination seriously.