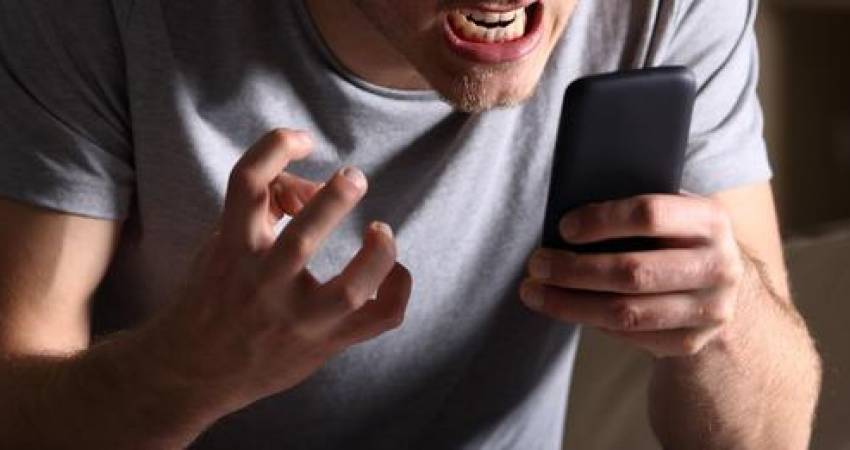 On Sunday, the young women who work in the office of the pro-life group, Life Institute, received these three messages from anonymous callers. (Warning, the language and tone in the recordings might be upsetting)

The cursing, shouting and abusive language starts almost straight away, designed to unsettle you, to leave you shaken, and make you fearful. Then it’s followed by the threats – direct or implied – of confrontation, of ‘coming in to see you’, with leaflets ‘smeared’ with something, to get some kind of ‘compensation’.  There’s a violent and aggressive tone throughout.

It goes without saying that these messages are abusive and threatening. Coming at a time when the country has been convulsed by a debate about gender-violence and abusive behavior, they are especially sinister.

Those with strongly opposing views will be well aware that the pro-life movement in Ireland is largely staffed and headed by women. It’s likely these phone calls and messages are made with that in mind.

What might have led to these menacing phone calls you may ask?

It seems that some people are so enraged by even the most reasonable efforts to urge a discussion around abortion that they feel threats and swearing an appropriate response.

These men had received a leaflet in their door from a Life Institute volunteer, asking then to Rethink Abortion and become involved in the Abortion Review now being undertaken by the Department of Health. Its a perfectly reasonable leaflet, even if you disagree with the position it takes.

Our volunteers are asked not to put leaflets through any door that says ‘no junk mail’. Sometimes the sign gets overlooked, and someone complains, we apologise, and pass it on to our volunteers.

But these men decided to respond by ringing the office to shout, swear and threaten our staff – about a leaflet.

We’ve dealt with this before, and there’s a pattern and a mindset that has clearly emerged and become more fixed over the years: one that believes pro-life people and pro-life views can and should be beaten down. We’ve seen in it the thugs who smashed the windows of our offices, smeared our doors with excrement, and threatened our female staff with rape.

Abortion, for them, isn’t about women’s rights, it’s about protecting their right to have a means to get rid of children that are inconvenient to them. Think of Harvey Weinstein, a major abortion supporter. You get the picture.

There’s no doubt that these actual misogynists are emboldened by the constant vilification of pro-life volunteers in the media. We’ve just had three years of TDs, Senators, Ministers, campaigners and their media allies telling flat-out lies about pro-life prayers at maternity hospitals, making baseless accusations that women were being harassed and intimidated as they sought abortions.

An investigation by Gary Kavanagh for Gript showed that, in fact, the maternity hospitals hadn’t received one complaint on the matter – from women or from staff. Yet the media never retracted the dog whistles – the lies and the slurs about pro-lifers which are then used as justification for threats and abuse by gurriers like those who rang the Life Institute office.

Those cretinous thugs probably get a laugh from the thought they might have upset or scared a woman working in a pro-life office, having the kind of snigger bullies enjoy before they head off to post #BeKind or rail against gender violence at some left-wing protest.

Laugh away. We see you. You are losers and cowards, and we don’t fear you. Your primary target are helpless preborn children, and we will not be deterred from speaking in their defence.