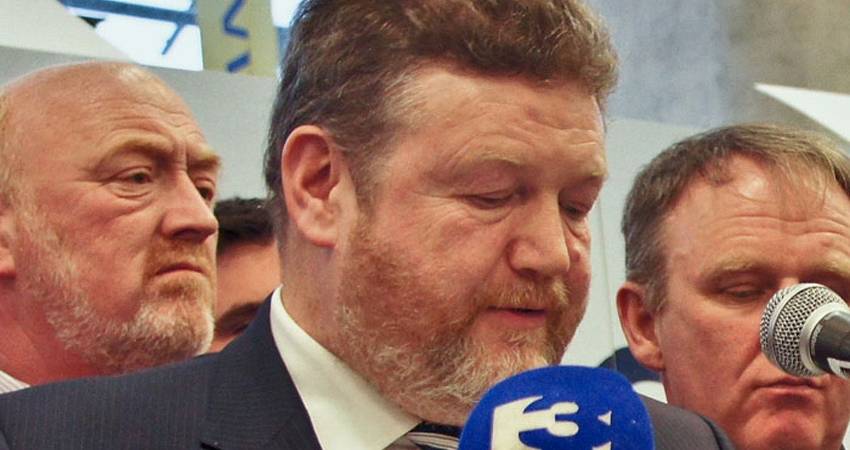 Obscenity of minister for children calling for abortion

In the past week we’ve seen the Minister for Children, James Reilly, call for the liberalisation of Ireland’s abortion laws. In particular, the Fine Gael Minister proposed that abortion should be legalised for children who have a severe disability.

There is something profoundly messed-up about this scenario. That a Minister whose designated role is primarily to protect and safeguard children should call for a law allowing children to be killed before birth is bad enough. But for the same Minister to especially target unborn children who are extra-vulnerable because of their disability is an obscenity.

Unborn children with anencephaly were described as babies without a head in Seanad Éireann,  while abortion campaigners repeatedly speak about these children in the most dehumanising and denigrating terms possible.  It is shameful and dishonest and discriminatory, and if this language was directed at any other section of society, we’d be having a media discussion about hate-speech.

However, the most recent polls show that Minister would be wrong in his assumptions, and that politicians are, yet again, behind the public when it comes to the people’s understanding of abortion.

In 2012, because of a bombardment of media manipulation, polls showed that more than 80% of people agreed with legalising abortion where the baby “would not be born alive”. Obviously, the question is as bogus as the rest of the media discussion around this issue, but it showed that the level of misinformation and confusion was pervasive. But that has changed, and changed dramatically.  This new poll by the Sunday Independent shows that the level of support for abortion in these circumstances has fallen dramatically, and is now down to 55% –  a remarkable shift.

Since 2012 however, the humanity of babies whose lives are all-too-short has come into focus, largely because of social media and the tremendous courage of parents like those in the organisation Every Life Counts.

These are parents who faced the unimaginable, but who fought to ensure that their babies knew nothing but love, and who wanted the world to understand that even if their baby’s life was short, it had meaning, and that their child was important and precious and beautiful.

They wanted other parents to understand that sometimes you can pour a  lifetime of love into hours or days, and that the time together brings healing and joy after the pain of loss and grief.

And they persisted in calling for perinatal hospice care for unborn babies and their families, saying it was a better answer than abortion.

These are brave and remarkable parents. But they point out that they are ordinary people who were called to love their sick babies, and that most Irish parents in these circumstances do not look for abortion.

Last Friday, they wrote to the Irish Independent to say that it has been “extraordinarily hurtful to listen to powerful campaigners and politicians use our children’s disabilities to justify abortion.”

“It is shameful to see the Children’s Minister single out babies with a severe disability as the basis for abortion reform, instead of urging the HSE to do more for families who want to make sure their babies are protected and cherished,” they said.

I agree. This is a very difficult and devastating situation for families, but surely the Minister for Children should want to help everyone involved, including the child whose severe disability should lead us to wrap our arms around these families and help them let love shine through.

Maybe James Reilly doesn’t know that there are many children living in Ireland today whose parents were told that they were ‘incompatible with life’, such as Kathleen Rose Harkin who has just celebrated her 9th birthday and is living with Trisomy 13, a condition which the media describe as a ‘fatal, foetal abnormality’.

Or maybe Fine Gael doesn’t want to hear about people like Kathleen Rose. Minister Le Varadkar has refused to meet parents in Every Life Counts and a Fine Gael committee examining the issue seems to have excluded parents who carried their babies to term from their discussions.

This time, however, it will be a referendum, and not a piece of legislation which will decide this issue. It seems that the polls show that the people are increasingly of the opinion that offering mothers and babies the medieval solution of abortion is an obscenity.