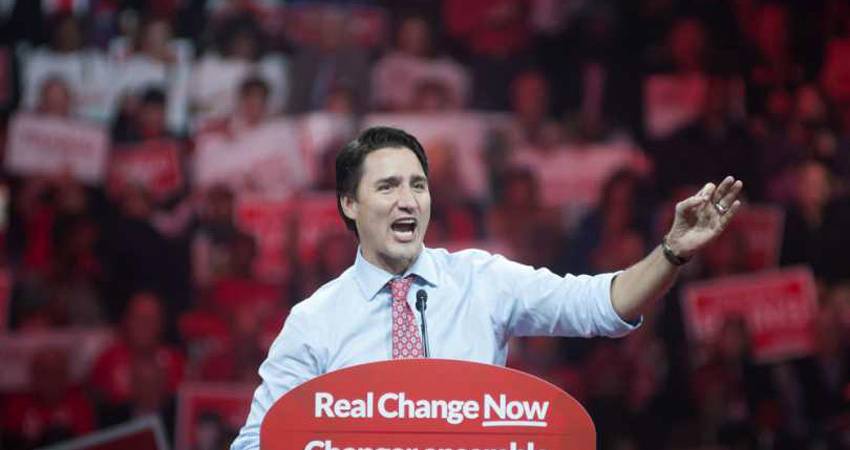 With Trudeau's election, things are about to get very personal for pro-life canadians

The columns dissecting Prime Minister-Designate Justin Trudeau’s landslide victory last Monday are already coming in fast and furious. I’ve even written one or two myself. But for the pro-life movement, Trudeau’s victory demands some introspection on what we can do moving forward. I think four things are essential to consider.

1. Politics and law are downstream from culture. Sewage flows downhill. The work of actually engaging people in conversations, going door-to-door, changing their minds—that is the only way we will ensure that pro-life principles become entrenched in our country. We really have no right to be shocked when Canada’s Supreme Court tosses out our euthanasia laws when there has been no concerted effort at the grassroots level to stem the tide of public opinion flowing in that direction for years. We are not going to affect any real change on the abortion issue from inside offices or churches, and we are not going to transform public opinion by spending all of our time talking to other pro-life people. To change public policy, you need to change public opinion, and to change public opinion, you have to actually engage with the public. Whether or not your pro-life work is a success is directly correlated to how many people you manage to persuade to become pro-life. Our standards for “pro-life work” are often far too low.

2. Most people don’t vote on the abortion issue, and that’s one reason Justin Trudeau won so big Monday night. Areas of the country that polling data tell us have strong anti-abortion sentiment were still swept up in the crimson tide—there’s a metaphor in there somewhere—in spite of the fact that Justin Trudeau is the most pro-abortion politician to ever be elected to high office. Pro-lifers are often fond of saying that over 60% of Canadians want an abortion law. That’s not quite true. If 60% of Canadians actually wanted something, you can be assured that they would get it. It’s the same with sex-selection abortion, which over 90% of Canadians profess to oppose—but when Stephen Harper shut down the debate around that issue in the House of Commons, there was nary a whisper from Canadians. Just because they agree in some languid, lackadaisical fashion that perhaps, at some point, we should stop dismembering full-term babies, doesn’t mean they actually care—and certainly doesn’t mean they’ll actually take that belief into the polling booth with them on Election Day. In order for these issues to actually impact our politicians, the voter intensity on abortion needs to be radically changed.

3. To create a new pro-life consensus, we have to look outside of our own communities. Bluntly put, there aren’t enough orthodox Catholics and Protestants in the country to form a big enough voting bloc on the issue. However, Sikhs, Hindus, Muslims, and even Buddhists are very kindly disposed to the pro-life position. These are the people protesting Premier Kathleen Wynne’s radical sex education and these are the people who respond most positively to pro-life outreach. And on Monday, they turned out in droves for Justin Trudeau’s Liberals. In order to create a voting bloc that is resolutely pro-life, we will need to do much work with those whose own cultural and religious values are hostile to abortion as well as other social policies that Trudeau and his ilk hold dear. We may not agree on everything, but as Francis Schaeffer liked to say, we are still co-belligerents.

4. The Christian community will now actually have to step up and get involved, because things are about to get very personal. One of the reasons Christians so successfully ignore issues like abortion is that they assume that for the most part, it won’t have much impact on them personally. With the legalization of euthanasia coming and an already-strained healthcare system facing an aging population, life will now be threatened at both ends of the spectrum. Many Christians—I heard this dozens of times—insisted that Stephen Harper was “secretly pro-life,” as if there is any such thing. I suspect more Christians, for the sake of convenience, believed the Liberal “hidden agenda” babble than did Liberals themselves. With Trudeau the Younger firmly entrenched in power for at least the next four years, Christians are going to have to abandon the complacency that helped this happen and fight for their country. We need less poodles and more pit bulls.

For almost ten years, many Christians and pro-lifers comforted themselves with the fact that at least, things wouldn’t get worse. Now, they very much can. If Trudeau has his way, they very much will. It is up to the pro-life movement and to the churches to serve as the conscience of the nation, and maintain a relentless opposition to Trudeau’s policies. It will be hard work, but this time, no one can be absent without leave.

Johnathon Van Maren works with the Canadian Centre for Bio-ethical Reform and blogs on their website and others. His articles are printed here with permission