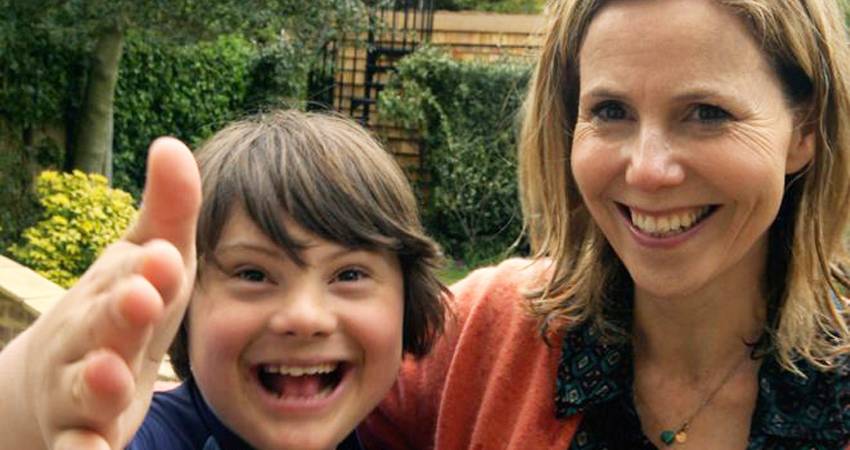 Let love shine through: What we can learn from #worldwithoutdowns

In Sally Phillip’s profoundly moving and often joyous documentary, ‘A World Without Down Syndrome’, there is an especially poignant scene with Halldóra Jónsdóttir,  a beautiful and accomplished young woman living with Down Syndrome in Iceland.

Halldóra had written an article defending her right to life – justifying her very existence – because children with Down Syndrome are no longer being born in her country.

It is perhaps the most heartbreaking and chilling statistic I have seen in recent times. The elimination of an entire people, dressed up as healthcare. Other countries, like Denmark, it seems, are heading in the same direction.

It is, as one contributor on the programme said, ‘merciless’. But for other practitioners, mercy didn’t seem to come into it. We were told that ‘science has no morality’ and that “for some people, having a baby with Down’s syndrome is an intolerable event” because “they live for many years,” and they are “a burden that lasts for a long time”.

This relentless negativity from medics and policy makers  – describing other human beings as a burden, suggesting abortion repeatedly to frightened parents, ignoring the joy and extra love that comes – has doubtlessly led to the shocking abortion rates featured in the documentary. This is especially reprehensible when the reality can be so different.

As Sally Phillips, whose son Olly has Down Syndrome, said “I was expecting tragedy and I got comedy”. Olly lit up the screen, not just because he was as cute as a button, but because his jokes rocked and he had great dance moves.

But we can’t admire and love children like Olly, and then simply accept that they are now, almost all of them, being annihilated before birth. Or rather, if we do accept this remorseless elimination, it is our society, and the humanity that binds us, that is doomed.

The 100% abortion rate for babies with Down Syndrome in Iceland made Halldóra Jónsdóttir feel threatened, feel that ‘they were coming after her next’.

I can’t imagine how anyone watched that powerful, upsetting scene without succumbing to tears. It was devastating, and all the more so because Halldóra and Olly and all the others featured in this documentary were real people, with real lives, not just a statistic on a page.

On social media most people registered shock at the abortion rates, and at the fact that abortion for Down Syndrome is legal through all nine months of pregnancy in Britain. Most people, but not all.

Sometimes the cruelty in their mind-set simply takes my breath away. They are so wedded to the ideology of ‘choice’ that they can’t seem to offer a response motivated by common decency.

In Britain, 90% of people with Down Syndrome never get to be born. In Iceland all of them, every single one, are now having their lives ended by abortion. Shouldn’t that give even the most fanatical abortion supporter pause? Apparently not.

But it was great to see families of people living with Down Syndrome also respond with far more illuminating and progressive suggestions.

It reminded me that there is darkness and light in all of us. And we need to do more to let the light shine through.

We have this mistaken view, don’t we, that we are doing people with disabilities a favour by supporting them – or these days by even letting them live. We’ve got that all wrong. They are doing us the favour – by enriching our lives, by showing us what’s important, and by teaching us how to love.

“Who is perfect”? Halldóra Jónsdóttir asked. Lord knows, none of us are, and our reliance on others, and our frequent frailties make us part of the human family. In this mixed-up world, you are far closer to perfection, Halldóra, than those who believe children with Down Syndrome are a burden, or a problem to be eradicated.

Last year, at the Rally for Life in Dublin, people with disabilities and their families took centre-stage. Bridget, Joseph and Kevin and Grace and all the rest showed us that every life matters, and 30,000 people cheered them until we were all hoarse. They asked for better supports for families and recognition and understanding, but most of all they showed us that every person is important and that everyone has a right to life, not just the fortunate, the planned, or those who are held to be perfect.

Closing this hugely significant documentary Sally Phillips reminded us that “there is a crack in everything. That’s how the light gets in. And the imperfections are where humanity is most visible”.