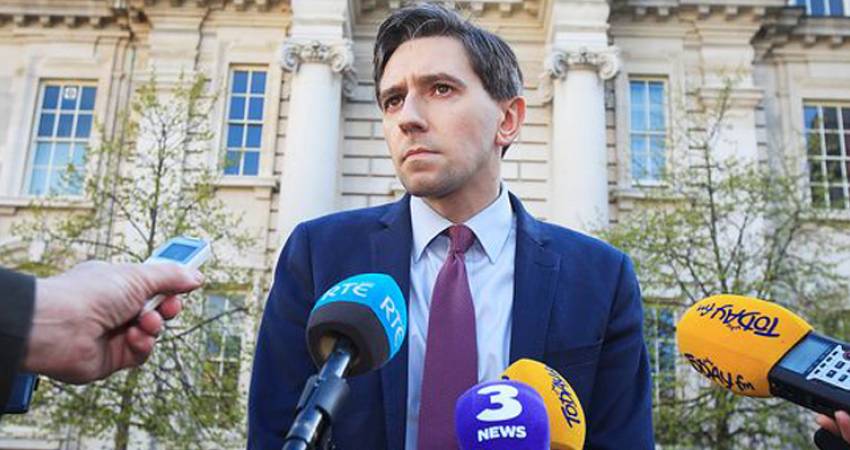 Harris is wrong: evidence shows that people voted on the 8th not his bill

Minister Simon Harris and his fellow abortion campaigners are insisting that the people voted on May 25th for a liberal abortion regime, and that no life-saving amendments to the abortion bill should be considered.

Harris is even refusing to accept an amendment which would outlaw abortion on disability grounds as he says the vote has given him a mandate to proceed as he sees fit.

The evidence, however, would suggest otherwise.

Firstly, the Referendum Commission, the independent statutory body established by the government, clarified exactly what the subject of the referendum was for the people before the vote.

The Commission’s job, according to its website “is to communicate factual information about referendums,” adding they are “neutral and impartial.” Their role is to “explain to the public what a referendum proposal means”.  They receive a budget of €1.5 million to fulfil this role for a referendum – expenditure far in excess of most campaign groups, especially those on the pro-life side.

They report that this budget enables them to prepare "a substantial advertising campaign on television, radio, outdoor, press and in online digital and social media." This is hugely significant because campaign groups are not permitted to use TV and radio advertising at any time, even during a referendum campaign, so the reach of the Commission is therefore greater, and, as it is sold as being impartial, more authoritative and influential.

So what did the Commission tell voters? Their information booklet, sent to every household in the State, clearly explained:  “You are not being asked in this referendum to vote on any particular law relating to the termination of pregnancy.”

This fact was also confirmed in national media interviews by the Chair of the Commission, Justice Isobel Kennedy - and was repeated ad nauseam in the afore-mentioned nationwide advertising campaigns.

Furthermore, in July, High Court President Justice Peter Kelly, ruling in Byrne vs Ireland and ors, found that : “All that the people were being asked to vote on in the referendum was the repeal of the present text of Article 40.3.3 and its replacement by [the sentence contained in the 36th Amendment]. The people were not being invited to vote on a particular piece of legislation. There was no guarantee that the intended legislation would ever be passed, or passed in the form notified by the Government. It would have been quite wrong for the Commission to assume that the legislative intention of the Government was one that would ever come about."

It's worth highlighting that sentence from High Court President, Justice Peter Kelly again: "The people were not being invited to vote on a particular piece of legislation".  But the media is allowing Simon Harris to get away with denying the words of the Referendum Commission and the ruling of the High Court.

The truth is that many Yes voters were reluctant supporters of repeal, bullied into removing the 8th by the scare-mongering and threats from an Taoiseach and others that women would die.

In fact, many Yes voters have expressed serious concerns with Harris' plans. RTÉ’s exit poll found that only half of voters agreed with the 12-weeks on demand provision of the abortion bill.

The government's mandate is not what it claims. Pro-life TDs including Mattie McGrath, Michael Collins and Carol Nolan, are seeking amendments to ban abortion on disability grounds, and to protect pro-life doctors. Most reasonable people would support these amendments. Minister Harris is deluded if he thinks otherwise.

please visit, call and email your TD and ask them to support these amendments. Call our office on 01 8730465  to get leaflets urging others to do the same.