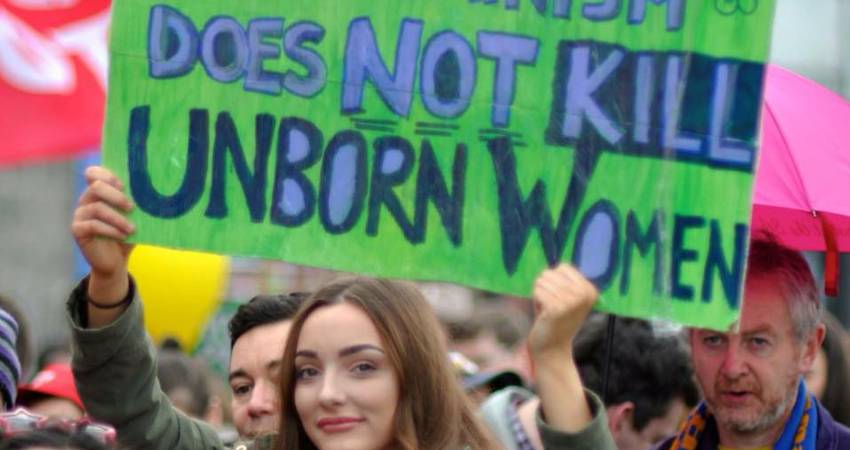 Last week I was reminded of the resilience, hope and courage of the pro-life movement

Last week, I travelled to Cork to meet with pro-life leaders in Munster and we talked, amongst other things, about renewing and rebuilding our culture, about the hope provided by new political developments, and about the exciting new media platform, Gript, which is set to challenge the consensus that has stifled real and meaningful debate in this country for far too long.

The previous Saturday, I had spoken at the Divine Mercy conference in the RDS, and on both occasions I was reminded of the tremendous resilience, hope and courage of the pro-life movement.

The sense of despondency which was caused by the loss of the 8th amendment has lifted. Hearts that had been broken are healing. There's a new sense of purpose and a determination that is nothing short of inspiring.

That positive energy, the very apparent resolve to face this new reality with new conviction and new ideas and approaches, is set to vitalise the pro-life movement, and to ensure it emerges - battered but unbowed - to face the challenges that lie ahead, to keep the path lit, and to heal our broken culture.

There's a great determination to restrict the harm of abortion by making sure that the important work of groups like Every Life Counts and Gianna Care flourish and reach women and families where and when its most needed. And there's such an array of talent out there, of all ages and from all walks of life - people who want to grow the pro-life message, wanting to be involved in a new media, seeking to help provide a real alternative to the stale, suffocating consensus.

That resilience is heart-warming to see, because this is a movement which really is like no other. People who are willing to sacrifice time and energy to better the world  for people they may never meet are extraordinary, and when your cause is not supported by the establishment, you can be sure that the volunteers who so readily make their sacrifices do not do so in anticipation of acclaim or reward.

They do it to save lives, and because they are compelled to help women seek a better answer than abortion. They do it because they find the thought of grievously hurting a vulnerable, helpless child absolutely horrifying.

That's why this pro-life people hope for change too, and why they work to make that change happen. As the civil rights leader Booker T Washington noted: "A lie doesn't become truth, wrong doesn't become right, and evil doesn't become good, just because it's accepted by a majority.” We are not diminished by our loss, but we know preborn babies are, and our hope that the evil of abortion will not endure helps to keep alive our enduring commitment to this cause.

In Cork, I was reminded especially of the tremendous courage of so many good people when I spoke to Mona, whose evident kindness was matched by her quiet elegance. Her husband, Kevin, had been diagnosed with pulmonary fibrosis, but he was passionate about the pro life cause and, in spite of his illness, he was determined to spend as much time as possible trying to protect mothers and babies from abortion. And so, sick as he was, he put up posters and dropped leaflets and delivered materials and canvassed doors, and worked and prayed that the 8th would be saved. As we all know, the referendum was tragically lost, but we as a movement can never really lose when we have such inspiring heroism amongst us, a heroism that seeks always to serve others and to protect those who cannot protect themselves.

Kevin passed away shortly after the referendum. May God rest him and grant comfort to his family. He is probably doing more good for the cause than we can imagine on a different level altogether, and he is surely helping to give us the resilience, hope and courage to make this a pro-life nation once again.